Cynthia Yue Has Her Finger on the Pulse of American Youth

For the past decade, the nonprofit United Nations Association of the USA (UNA-USA) has boosted support for the U.N. among Americans by sending youth observers to the U.N.’s New York headquarters each year.

During a two-week tour of the U.S., Yue listened to 900 young Americans talk about their priorities. While the teenagers may not have known they were naming some of the U.N.’s 17 Sustainable Development Goals, they said that climate action, eradicating poverty and reducing inequalities were top concerns. Forty percent of the teens Yue met named climate action their top global priority, while a large share also called for reducing inequality.

“I emphasized visiting youth in underrepresented U.S. states, schools and communities to gain a more in-depth understanding of youth priorities in traditionally overlooked areas,” Yue said. To that end, she canvassed the American South, the Pacific Northwest and rural communities in the Midwest. She also scheduled tour stops with student leaders from historically Black colleges and universities and other minority-serving institutions.

Throughout the listening tour, “being able to respectfully dispel myths about the U.N., and build hope and trust among others my age, was an incredibly rewarding experience,” Yue said. Many in her peer group, she said, would “enter a room skeptical and leave the room inspired to take action” on the problems they discussed. 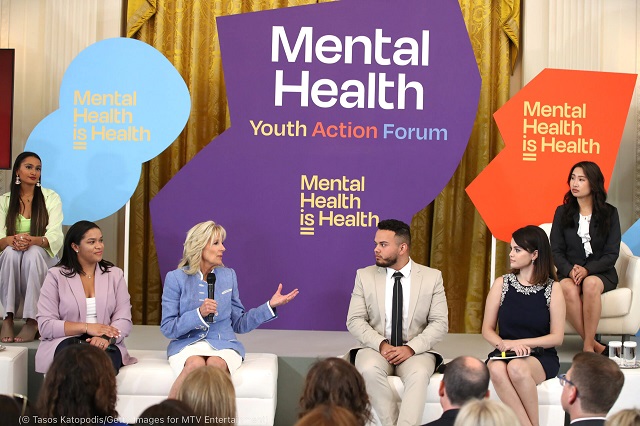 “My grandfather grew up in a country [China] torn apart by war, poverty and hunger, and I grew up hearing about the preventable deaths of many of the children in my family. Hearing stories of my family’s past has shaped much of my worldview, and what I hope to do” to tackle child- and youth-related issues.

“I am so grateful for these friendships,” she said, and the chance to “show young people around the world that American diplomacy and commitment to youth empowerment are stronger than ever.”

As Yue gets ready to start a master’s program in public policy at Harvard University, in preparation for a public service career, she reflects on lessons from observing the United Nations. “I hope to lead as someone committed to making tomorrow better than today,” she says.