35 Years of Diplomatic Relations with the Holy See

As Japan prepares for a historic visit by Pope Francis November 23-26, the United States and the Holy See mark their own milestone — a partnership for peace, justice and human dignity.

President Ronald Reagan traveled to Vatican City, the seat of the Catholic Church, in 1982 to meet with Pope John Paul II. In 1984, they formally established diplomatic relations between the United States and the Holy See.

“In doing so, they formally recognized a bond that existed since the founding of our nation,” U.S. Ambassador Callista L. Gingrich said in July. 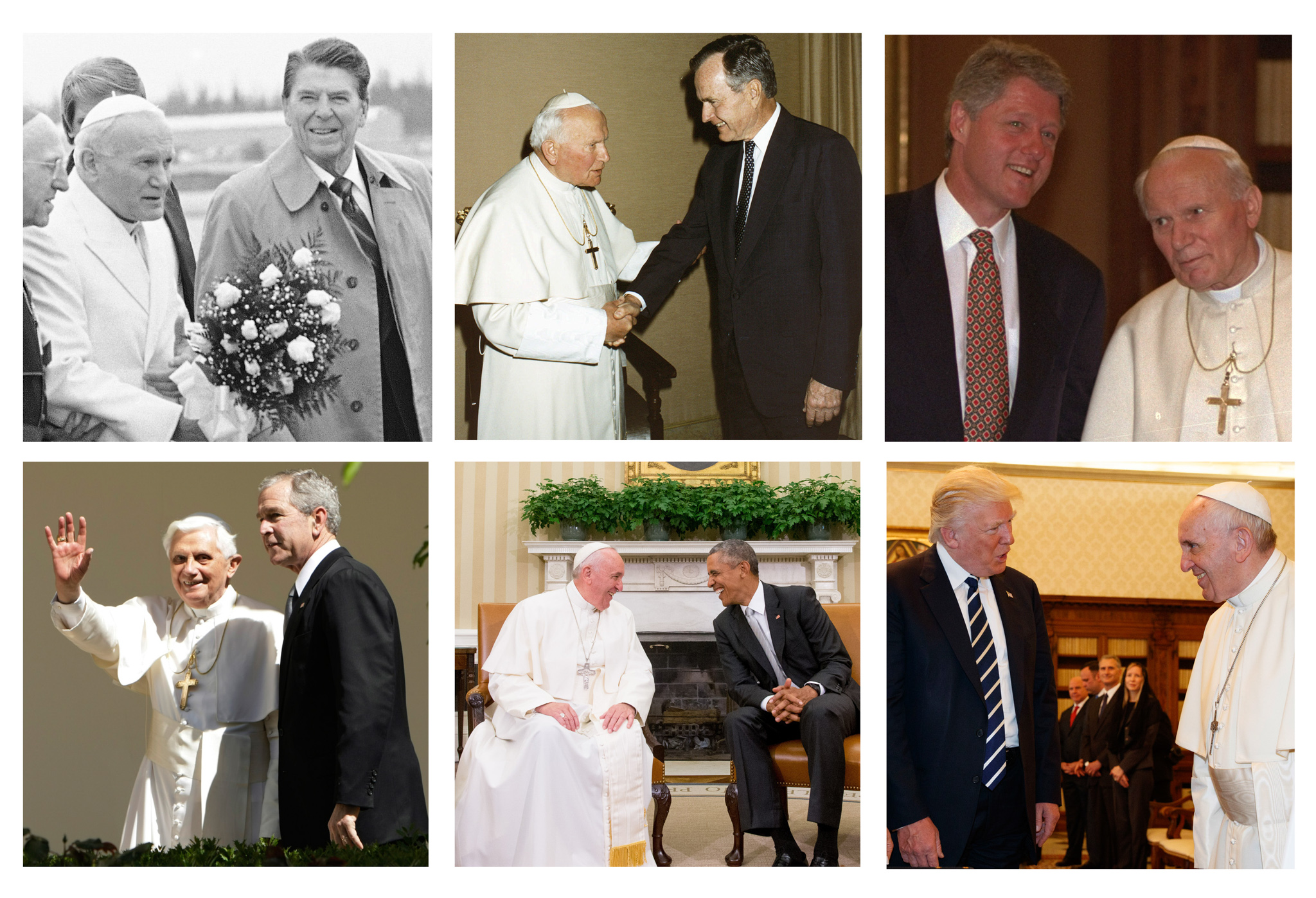 Since her appointment in 2017, Gingrich has focused the embassy’s attention on religious freedom, human trafficking and the role of women within the Catholic Church.

In 2019, U.S. Secretary of State Mike Pompeo has recognized the contributions of two embassy honorees: Sister Orla Treacy, who received an International Women of Courage Award for her courageous efforts to educate and protect young girls from forced marriage in South Sudan, and Sister Gabriella Bottani, who received the Trafficking in Persons Hero Award as the leader of the anti-trafficking organization Talitha Kum for fighting human trafficking around the world.

On October 2 the embassy and the Holy See co-hosted a symposium focused on how governments can partner with faith-based organizations to defend religious freedom, combat human trafficking and provide humanitarian assistance. The symposium was a direct result of the Ministerial on Religious Freedom held in Washington in July.

“The Catholic Church’s vast global reach makes it an ideal ally,” Gingrich said at a United Nations meeting in 2018. “Its unique ability to develop trust, to work with local communities, and to effect change is unlike any other nation-state.”

A version of this story was previously published on July 31, 2019.