By Marin Furukawa, Intern at the U.S. Consulate in Sapporo

When Yuta Saito was in college, he met some people with disabilities through a seminar class he was taking. He found that when he played catch with them, the activity gave rise to a natural kind of communication. This led to opportunities for him to be involved in adaptive sports. Playing sports with people with disabilities, he was able to see by their smiles how much joy the activities seemed to give them, and it brought new meaning to his life, he says. This is when he became interested in a career in adaptive sports.

Saito decided to study in the United States as the next step toward fulfilling his goal of opening an adaptive sports center in Hokkaido. Along the way, he became the head coach of Japan’s National Wheelchair Softball team and is now a sports teacher at colleges in Hokkaido.

Saito was concerned about finances, but he learned that he could minimize the cost of studying abroad by making use of the Hokkaido Future Challengers Fund, a scholarship program for overseas study that had recently been established by the prefectural government. To arrange his study-abroad experience, Saito reached out to Garner and to the Lakeshore Foundation in Alabama, an organization that promotes adaptive sports and serves as a training facility for the U.S Olympic and Paralympic teams. Saito says that this not only helped him to combine his academic work with extracurricular activities related to adaptive sports, but also made it easier to settle into his internship at the Lakeshore Foundation. In August 2017, he left for a year to study at the University of Texas and University of Arizona and learn about sports for people with disabilities by participating in extracurricular activities and an internship at the Lakeshore Foundation. 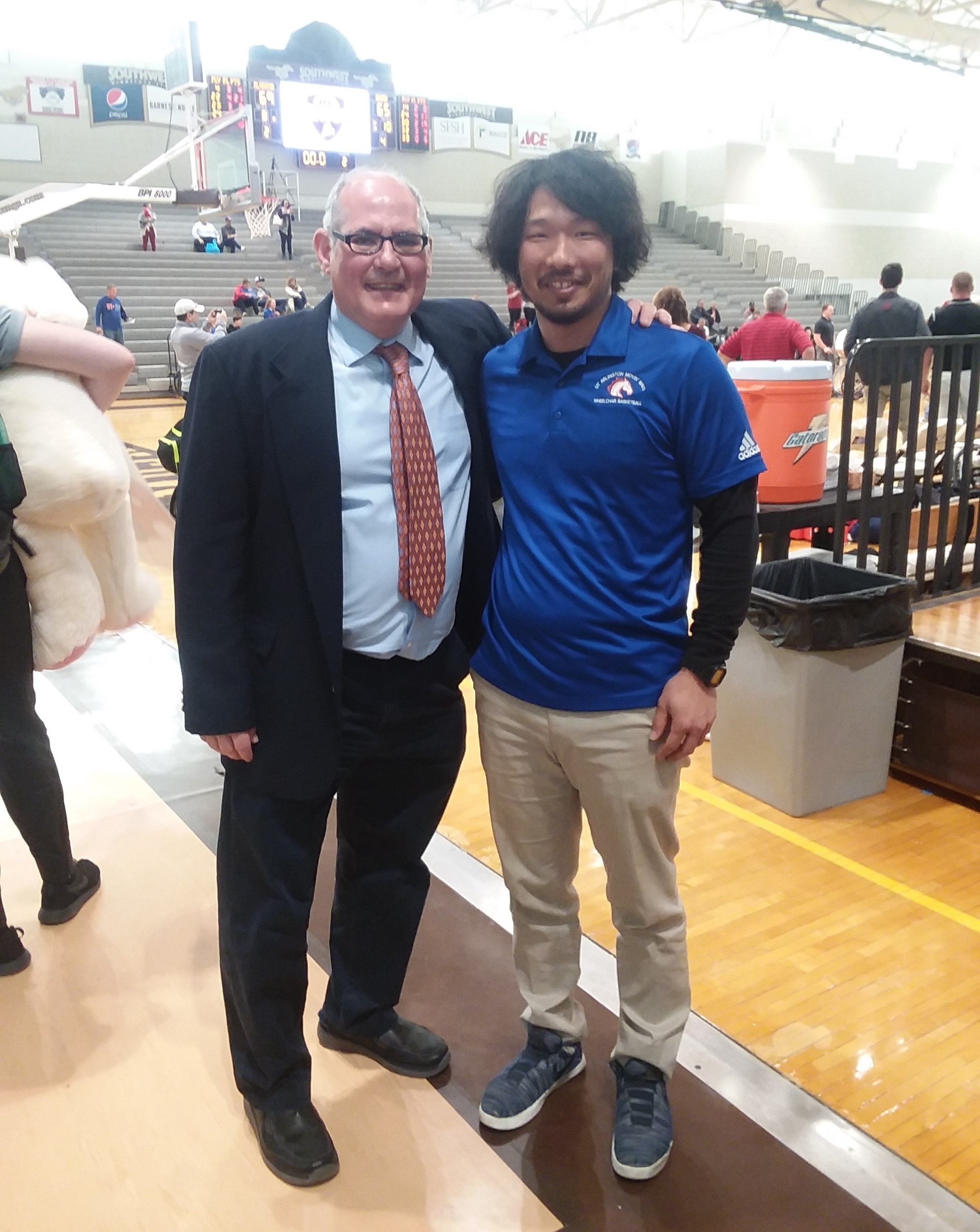 College sports in the U.S.

Saito says he was surprised that adaptive sports are not just an integral part of college sports in the United States, but they also receive a tremendous amount of support from their local communities, and universities use proceeds from their sports-related business activities to invest in adaptive sports.

“Just the fact that American universities have adaptive sports programs was eye-opening to me,” he says.

While the National Collegiate Athletic Association (NCAA) oversees all university sports in the United States, there is no such organization for college sports in Japan. One of the reasons college sports are so popular in America is because of the NCAA’s diverse programs, Saito says.

Saito participated in a coaching clinic at the Wheelchair Basketball Camp held at the University of Illinois. In addition to the coaching session, junior athletes learned about wheelchair basketball strategies and techniques at the five-day event.

Thanks to his extracurricular activities and internship, Saito was able to interact with many people with disabilities in the United States and noticed that while people in Japan tend to ask, “How can I get involved in sports?” Americans are more likely to say, “I want to play this sport. Can you help me?”

“Regardless of whether it’s good or bad, the fact is that there is a difference in mindset,” Saito says.

Saito says that a Japanese version of the ADA could be thought of as something that clarifies the scope of what is possible rather than something that limits people through rules. “If our own behavioral standards become clearer through rules, that might make it easier for everyone to thrive in Japanese society as well,” he says. “If problems arise due to the rules, I think people should campaign for them to be changed.” 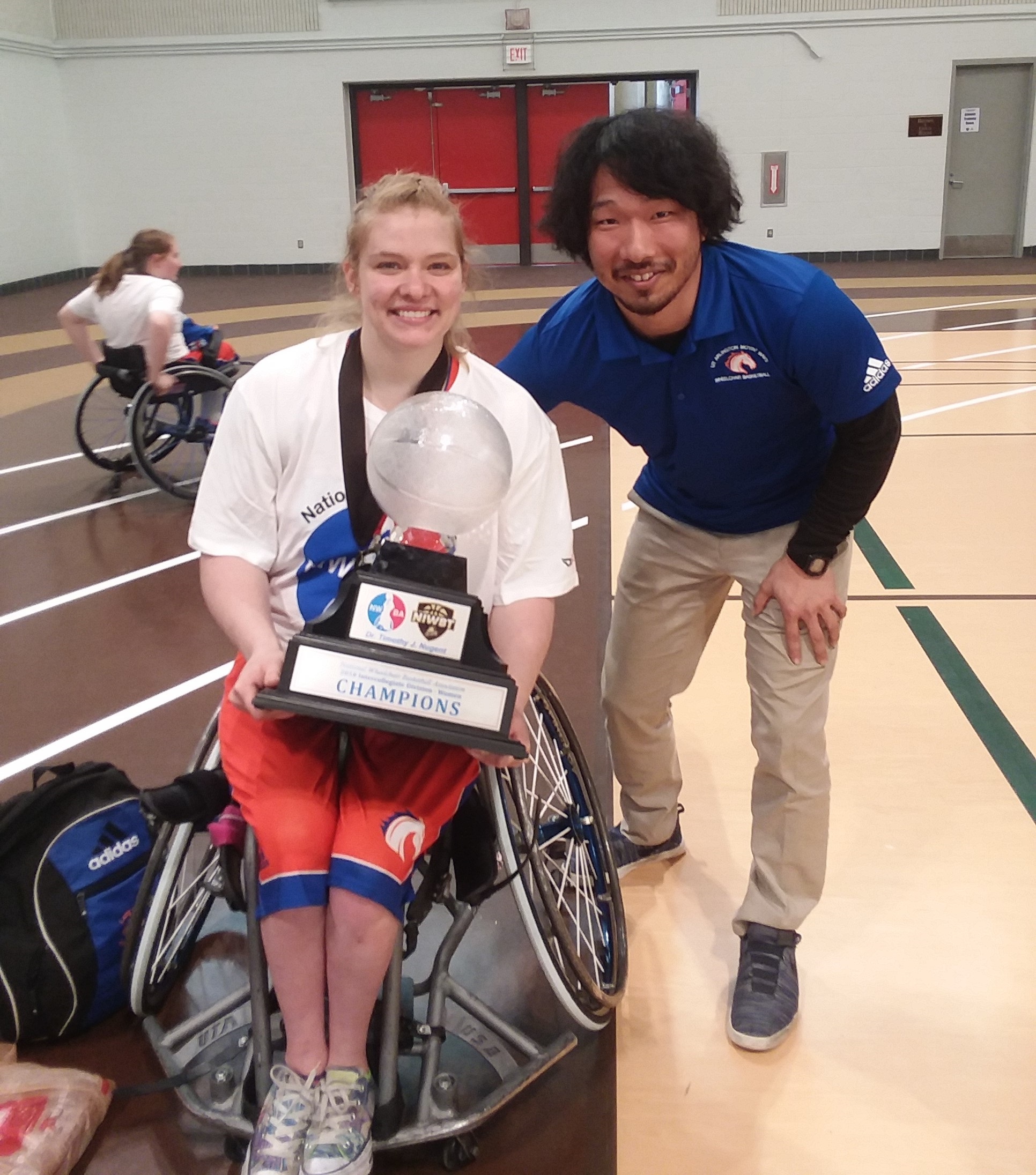 While he was studying in the United States, Saito noticed how in one of his host communities, people worked together to support adaptive sports. He realized that the key to improving the environment for adaptive sports in Japan was to build supportive communities.

In 2015 and 2016, Saito coached the National Wheelchair Softball Team, which competes in international tournaments. Now he teaches classes in adaptive sports, sports management, and sports coaching at Hokkaido High-Technology College and Hokkaido College of Medical Sports.

In March, Saito established Hokkaido Adaptive Sports, a club that offers team sports and classes for schools. He plans to work with professional sports organizations to hold lectures and events, seek sponsors, and conduct other activities through the club.

Saito shows that we all can play a role in connecting with people with disabilities and ensuring that they are able to participate in and fully contribute to society.

“If one of your loved ones had a disability, you would help them by searching for the necessary support,” Saito says. “That’s a start, but should you only help your loved ones? Everyone has people they love, and those loved ones are also living their lives surrounded by the people they love. By thinking one step beyond your loved ones, you can shift from an individual perspective to a community perspective. I would like to become someone who acts as a catalyst for that kind of change.”

Learn more about adaptive sports in the United States here.