This year marks the 40th anniversary of the graduation of the first women admitted into the U.S. Air Force Academy, the U.S. Naval Academy and the U.S. Military Academy at West Point.

In 1975, then-President Gerald R. Ford signed Public Law 94-106, which called for women to be admitted to the all-male military colleges. The freshman class began in the summer of 1976 and graduated in spring 1980.

Sue Fulton was one of those women. 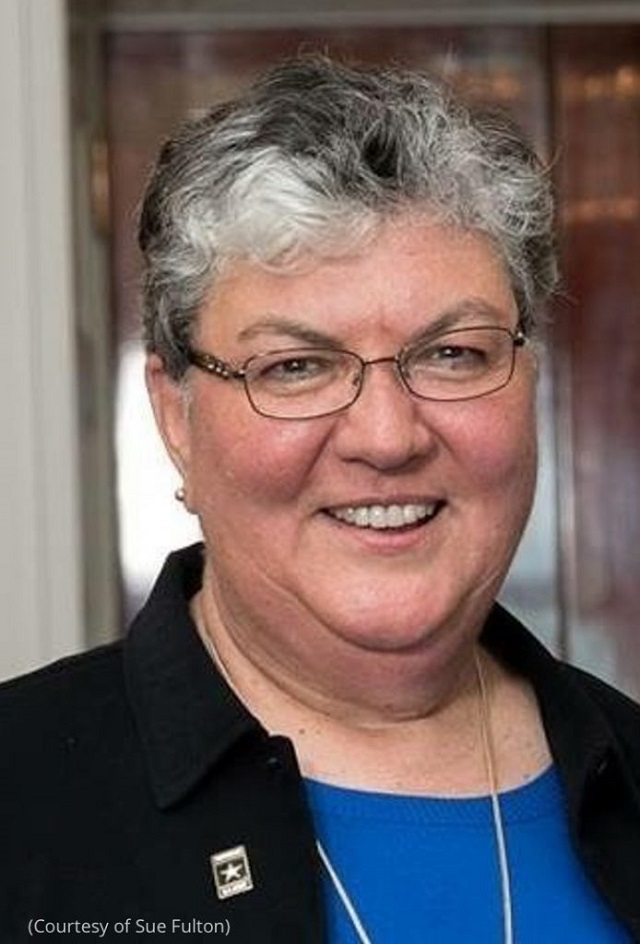 Sue Fulton was appointed to the West Point Board of Visitors by President Barack Obama in 2011. (Courtesy of Sue Fulton)

“The challenge of West Point was so exciting to me — the notion of being challenged at a level that I hadn’t imagined,” Fulton said. “I had a very idealistic view about serving my country and so I was stars in my eyes about the opportunity to serve my country in the Army.”

Fulton was commissioned as a second lieutenant in the Army’s Signal Corps and began her career in Germany. She served for eight years before leaving active duty in 1986 because she was not allowed to serve as an openly gay woman under the military’s policy of the time.

“My graduation day was so profoundly moving, bittersweet and just so incredibly emotional, that I couldn’t even think about it for years, because it would take my breath away,” Fulton said. “Knowing that I had done things I never thought I was capable of, but probably more than that was a distant awareness that we had changed the world.”

Banner image: Sue Fulton tosses her cap into the air at the end of the U.S. Military Academy class of 1980's graduation ceremony. (Courtesy of Sue Fulton)