Firsts from the 2018 Elections

The 2018 midterm elections saw history-making firsts across the country: a record-setting number of women elected to Congress, including its first female Native Americans and Muslims.

Voters in South Dakota and Maine elected their first female governors. In Iowa, Kim Reynolds likewise became the first woman in the state to be elected to that office. She had previously been appointed governor to replace her predecessor, Terry Branstad, after President Trump named him ambassador to China.

Here is a selection of 2018’s history makers and the parties — Republican (R) and Democratic (D) — they represent. 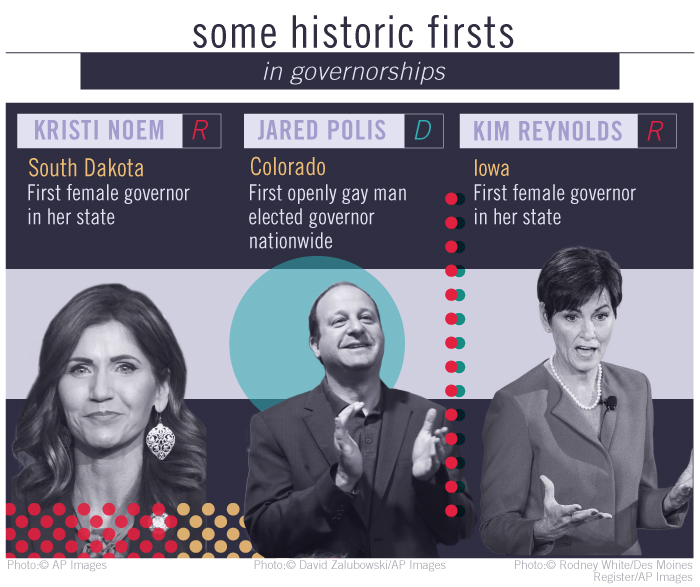