It began with building a bionic hand for class. That led to a group of high school girls in Wyoming creating an app that makes it easier to hand out pre-made meals for the elderly in the community.

In the process, the students won the Congressional App Challenge for their state, a prestigious award for student computer science.

Globally, young women are learning to code and develop apps — from Afghanistan and Argentina to Kazakhstan and New York City.

After some research, she started a club, Girls Who Code, using the national nonprofit’s template, available online.

Teaghen and her sister, Addysen, recruited their friends and enlisted an initial enrollment of five girls.

For a group project, the club members pitched ideas and all agreed on an app to streamline food delivery in their town for a national program called Meals on Wheels.

“The whole idea was to make it a smoother process between acquiring customer information, finding a route and using Google maps,” Teaghen explained.

Hours and hours of collective coding later, the app was finished. The club was so excited by the finished product that they decided to apply for the Congressional App Award — and won for the state of Wyoming.

Coding and computer science education are at the center of Wyoming’s future. In 2018, the state Department of Education announced that all school districts will be required to offer computer science classes at the elementary, middle and high school levels — Wyoming is the first state in the U.S. to do so. 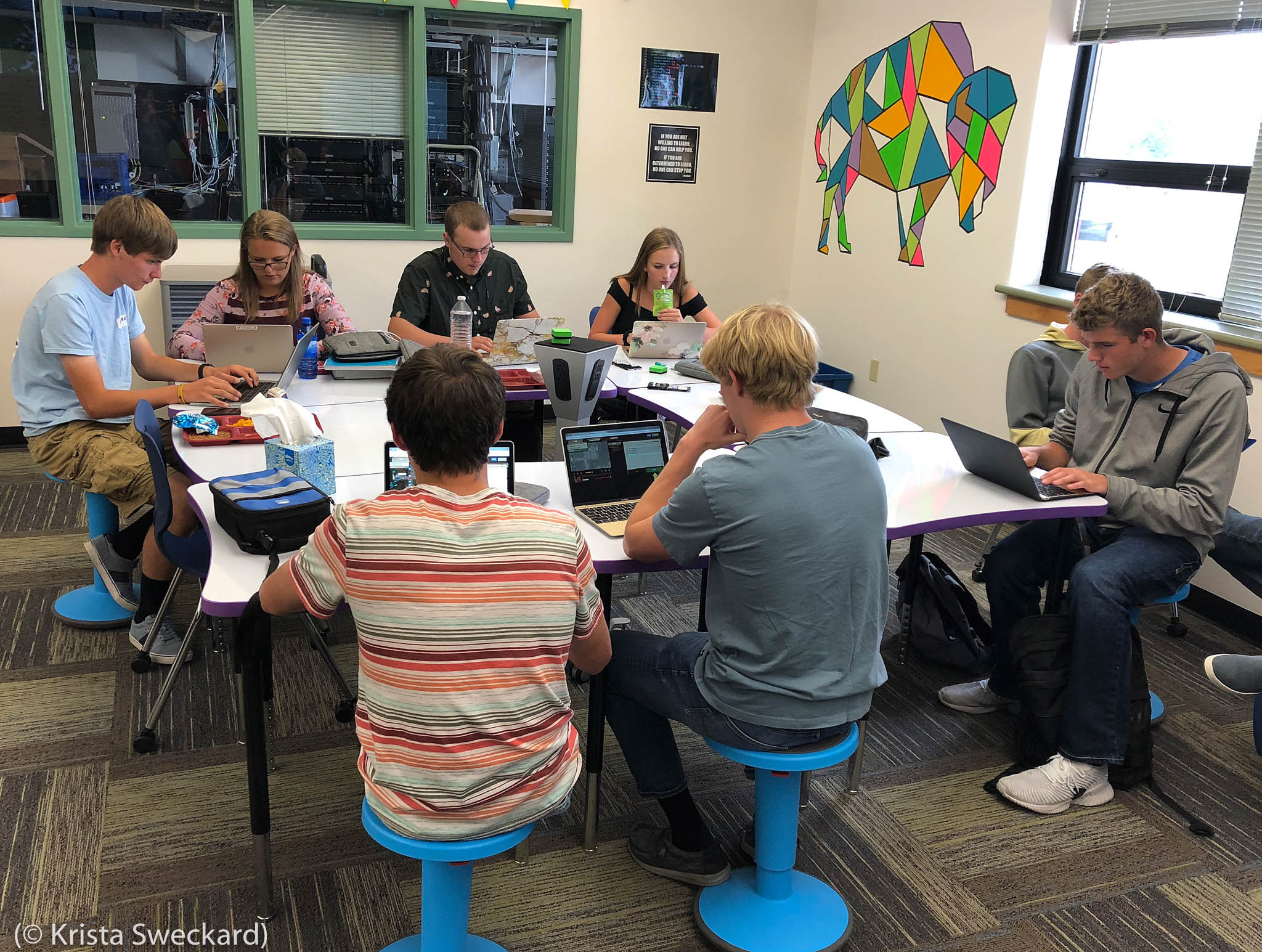 “They changed the perception of coding,” said Krista Sweckard, a teacher at the school who is also Teaghen and Addysen’s mother. “They made coding cool.”