The American Deep South is a region with a strong and rich cultural legacy, but it is also characterized by poverty, underdevelopment, and racial inequality. Dr. Pamela Moore was born and raised there before leaving for graduate school, earning a Juris Doctorate from Harvard Law School and a Master of Public Policy from the Harvard Kennedy School of Government. Besides the Mississippi Delta, where she serves as Associate Dean of Global Engagement at the University of Arkansas at Pine Bluff, she has worked, studied, and conducted research in other river basin regions around the world, including the Nile Delta in Egypt and Sudan, the Amazon Delta in Brazil, and the Niger Delta in Nigeria.

Dr. Moore visited Japan in February 2019 for a speaker program sponsored in part by the U.S. Embassy. American View sat down with her when she was in Tokyo to hear her thoughts on the history and culture of the American Deep South. 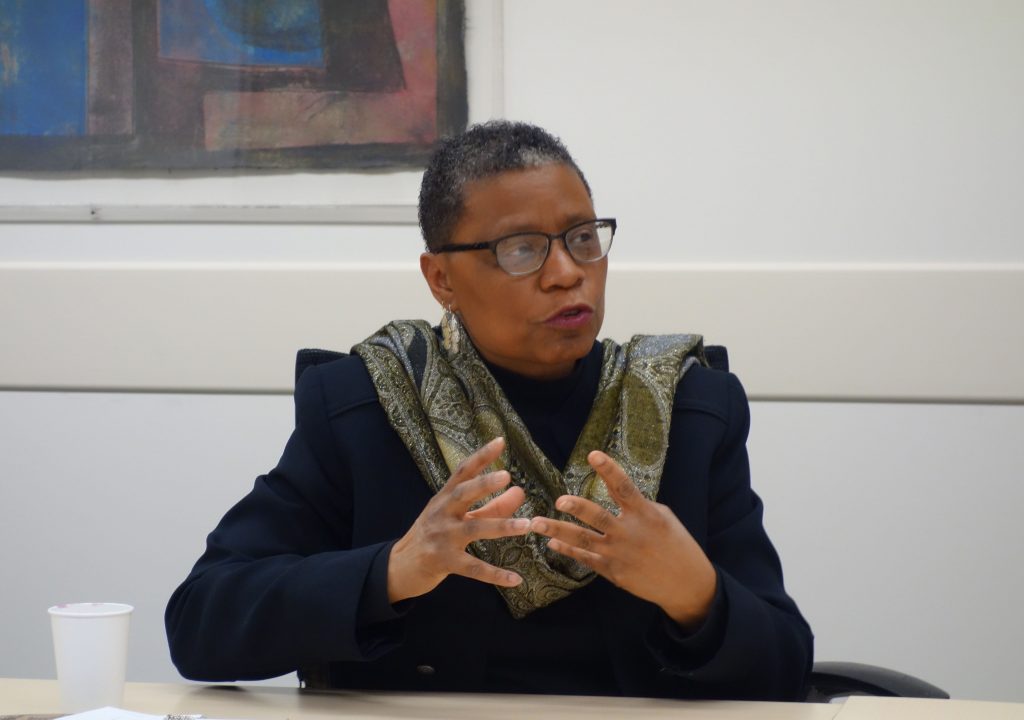 Dr. Pamela Moore of the University of Arkansas at Pine Bluff talks with American View about the history and culture of the Deep South.

American View: How would you define the Deep South in geographical terms?

Dr. Pamela Moore: When we use the more generic term American South, we tend to think geographically about those states that were part of the Confederacy during the Civil War. But when we talk about the Deep South, we’re really talking about a part of the U.S. that has a very strong sense of regional identity that is anchored in history, music traditions, food traditions, and a similar world view. 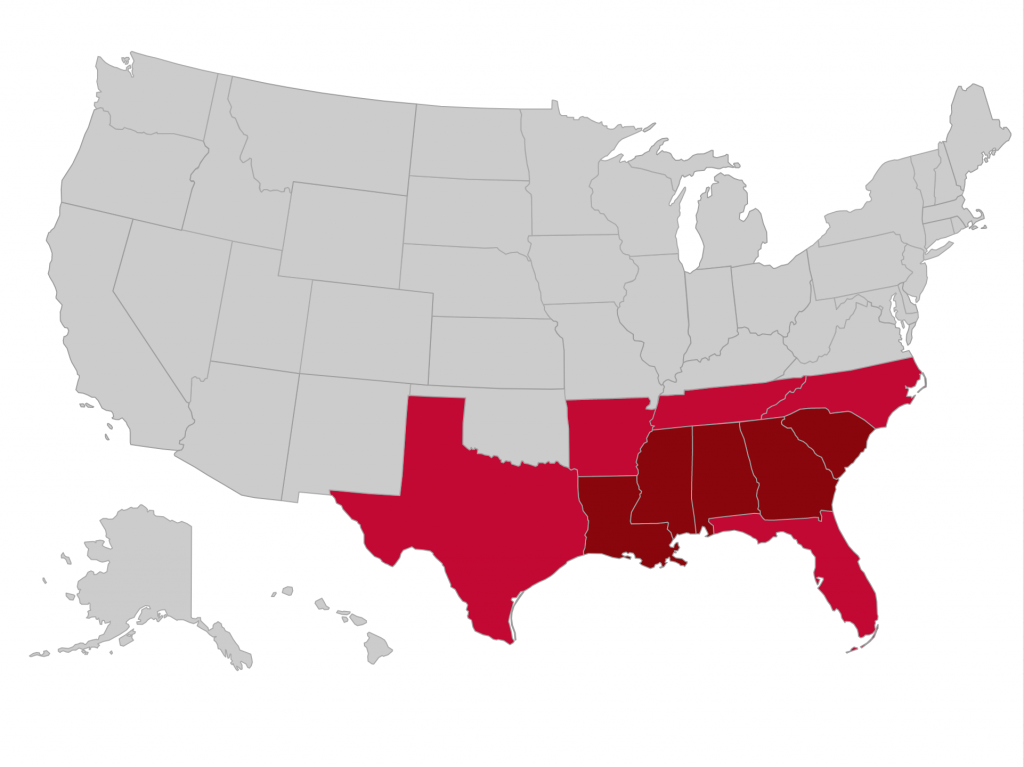 American View: How did the region develop as part of the United States?

Moore: This part of the country was settled in waves of migrations over an extended period of time. I think the story will vary from state to state, but suffice it to say that these states were settled as a part of the process whereby the nation expanded beyond the original 13 colonies, eventually moving west so that we became the country we are today. In the state of Mississippi, the Delta region, where I live, has a very unique history because the land in its natural state was swampland. Because the Mississippi River flooded so frequently, the soil was rich. Once people figured out that you could be highly profitable there, plantation families moved from the East Coast into this region. In order to conquer the land, you needed money, slaves, and resources, so from its very inception, the region was grounded in the plantation economy. That’s not the case for other parts of the state, where you had a lot of small family farms.

American View: When we hear the term Deep South, we tend to think of racial tension because of the historical background. How is that reflected in the culture there now?

Moore: Well, we’ve always been a little bit of a contradiction. While it’s true there’s been a history of racial tension, it’s also the case that our notion of genteel, polite society helped to hold us together. That said, there’s no denying the events that occurred during the civil rights movement – the beatings, bombings, and attacks. But if you got off the plane there now, you wouldn’t necessarily think it’s the place you’ve read about because people are so friendly and nice and hospitable. That’s where the contradiction lies!

American View: What are some specific cultural aspects of the region?

Moore: If you’re looking at Appalachia or the upper part of the region, the NASCAR industry emerged out of that part of the South. In terms of literature, from John Grisham, who is a native of Mississippi, all the way back to William Faulkner, Zora Neale Hurston, and Richard Wright, you have an abundance of authors who influenced the region and the world.

In terms of food, we made fried catfish respectable! Catfish is a river fish, so, in terms of mainstream society, it was considered a dirty fish. They feed along the bottom. When southern farmers started producing catfish in ponds, they were grain fed. So all of a sudden you could market catfish to a broader audience. When I started school in 1982 in Boston, if you went to a seafood restaurant, you wouldn’t see catfish on the menu. Now catfish is on the menu. We mainstreamed the popularity of fried catfish!

The Mississippi Delta is considered the birthplace of the blues. This musical tradition eventually migrated north to Chicago and down to New Orleans. I think it’s fair to say New Orleans is also the birthplace of jazz. I think country western music is kind of associated with Appalachia, but it has some similarities to the blues.  If you look at country western lyrics, it’s all about “who done you wrong” and “my shoes don’t fit” and “it’s raining too much.” [Laughter] 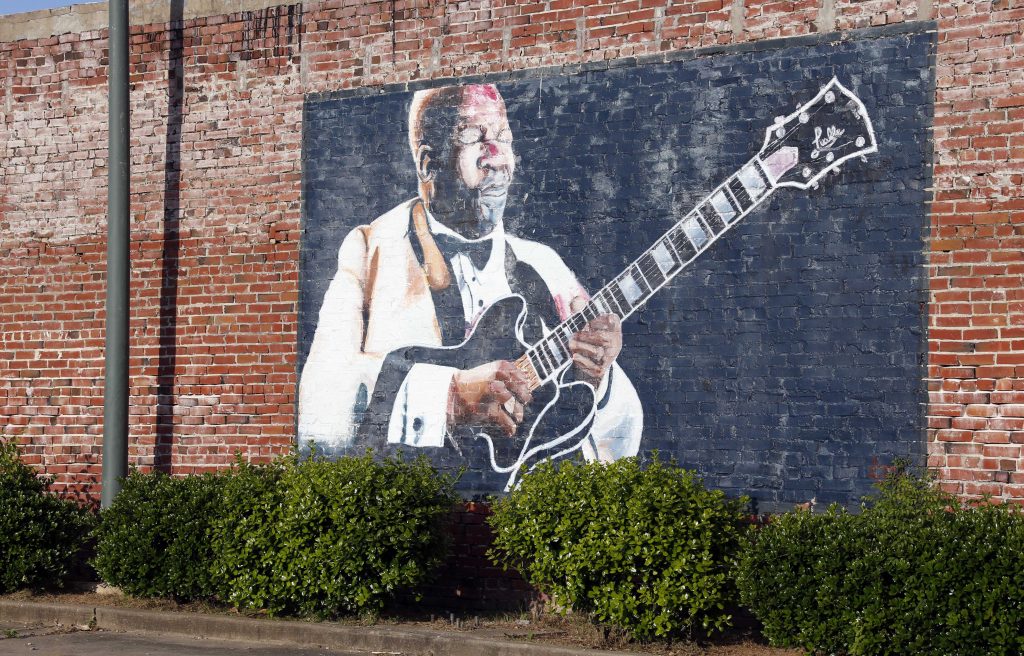 A wall mural of B.B. King overlooks a downtown parking area in Indianola, Mississippi. King claimed Indianola as his hometown after moving there as a teenager. The influence of the acclaimed "King of the Blues" is seen throughout the small Mississippi Delta town. (AP Photo/Rogelio V. Solis)

American View: Is there a lot of diversity in the region now?

Moore: There’s always been diversity in the region. However, because of this overriding dynamic between blacks and whites and such a rigid sense of social control, groups coming in and out were either trying to fit in or lay low and not attract too much attention. There was no appreciation of ethnic identity beyond black and white. But the diversity has always been there, and I think people feel more comfortable across the board expressing that diversity now because of the gains of the civil rights movement.

American View: What would you recommend tourists do in the region?

Moore: The good news is that we are finding ways to remember and not forget the legacy of the past. In Memphis, Tennessee, there’s a National Civil Rights Museum at the location of the Lorraine Motel where Martin Luther King was assassinated, and that museum documents the history of the civil rights movement. In Mississippi, you have a new civil rights museum in Jackson. In Memphis, you have Beale Street and Graceland. There’s the Clinton Presidential Library in Little Rock. All across the South, there are these places popping up. Outside of cultural tourism focusing on the civil rights movement, South Carolina is a great place to capture a sense of the Old South. 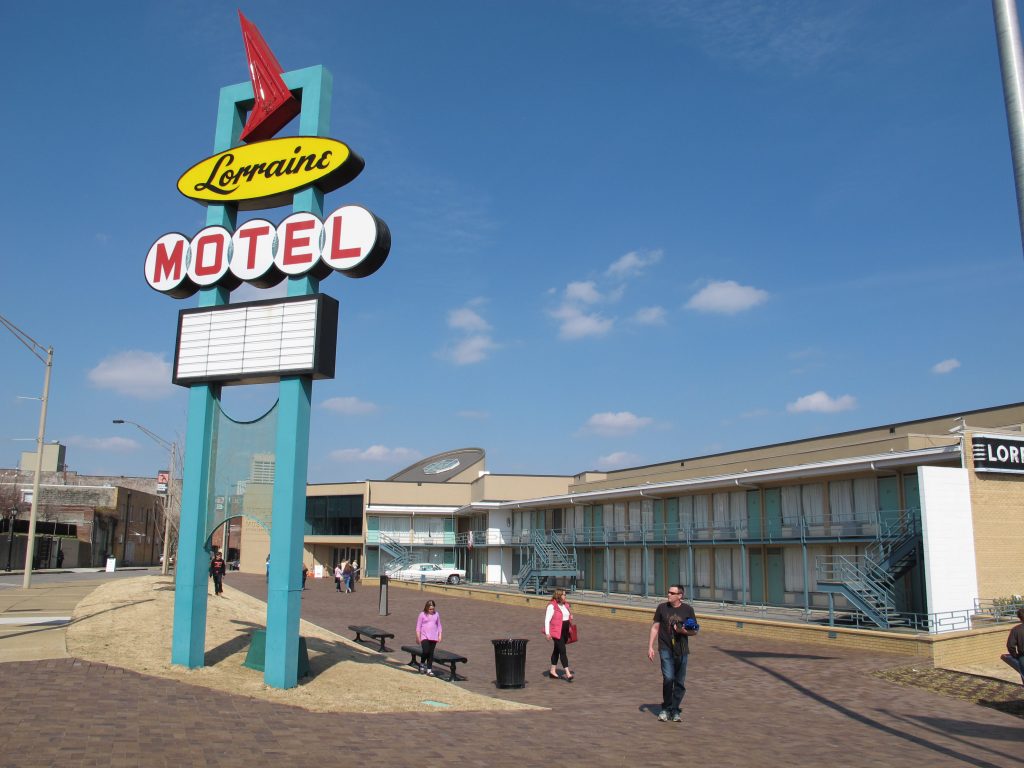 Moore: I think you can get a very good education in multiple degree areas across the U.S. Although we have schools like Harvard, Yale, Stanford, and Rice, I have learned from experience that ratings do not really determine what a student can do with their education in the U.S. There are lots of other places where you can get a great education. Venturing beyond California, where there’s a large Asian population, to other parts of the U.S. can really provide a great cultural experience. For those students who have interests in public policy, governance, any kind of global career that involves interaction with the U.S., I think the South is a really important region to understand. If you understand the South, you can understand Washington, DC. If you lack an understanding of certain regions in the U.S., it’s almost impossible to understand what’s really driving what may be happening at the national level. I think it’s always good for students to try to study somewhere that can have social capital value in the long run. We are very hospitable people. People leave with enduring and very positive memories.