Colin Powell, a child of immigrants who became a top U.S. general and secretary of state, died October 18 of complications from COVID-19. He was 84.

Hard working and optimistic, Powell rose to the highest ranks of the U.S. military before helping guide American diplomacy early this century. Along the way, he served as a top adviser to four U.S. presidents, including leaders from both major political parties.

Powell was unanimously confirmed as the 65th U.S. secretary of state on January 20, 2001. He was the first African American to serve as the country’s top diplomat and stayed in the role until January 26, 2005.

“Colin embodied the highest ideals of both warrior and diplomat,” President Biden said October 18. “Having fought in wars, he understood better than anyone that military might alone was not enough to maintain our peace and prosperity.” 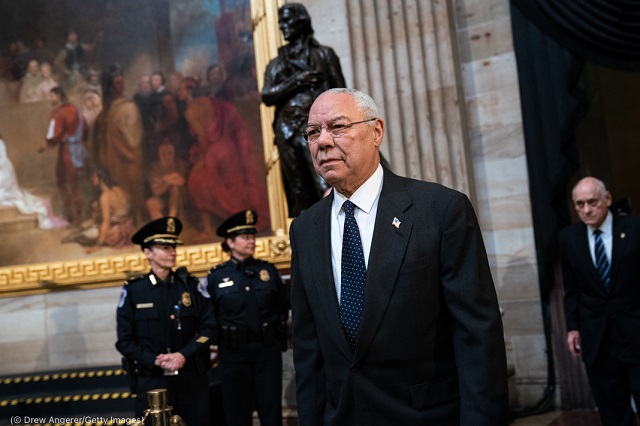 Secretary of State Antony Blinken remembered Powell as “simply and completely a leader,” who guided America’s diplomatic corps with experience, patriotism and decency.

“He believed deeply that America was an exceptional nation, that we could and should lead with confidence and humility, and that the world was safer when the United States was engaged and its allies and partners were united,” Blinken said, speaking from the State Department.

Powell reached back to help others. He founded the America’s Promise Alliance, through which he and his wife, Alma, helped at-risk youth develop skills to succeed. The couple married in 1962 and had three children.

“We have lost a remarkable and loving husband, father and grandfather and a great American,” Powell’s family said October 18.

Born in New York’s Harlem neighborhood April 5, 1937, the son of immigrants from Jamaica, Powell began his military career at the City College of New York where he joined the Reserve Officers’ Training Corps.

Powell served as a soldier in Vietnam and was awarded a Purple Heart and a Soldier’s Medal for rescuing fellow passengers from a burning helicopter despite being injured himself. During his 35-year military career, Powell also was stationed in South Korea and Germany, and oversaw military and humanitarian missions.

He was appointed chairman of the Joint Chiefs of Staff in 1989, and served in the top military post under Presidents George H.W. Bush and Bill Clinton. In that role, he guided the U.S. military through the end of the Cold War and humanitarian responses to crises, aiding famine victims in Somalia and working with the United Nations to end the war in the Balkans. 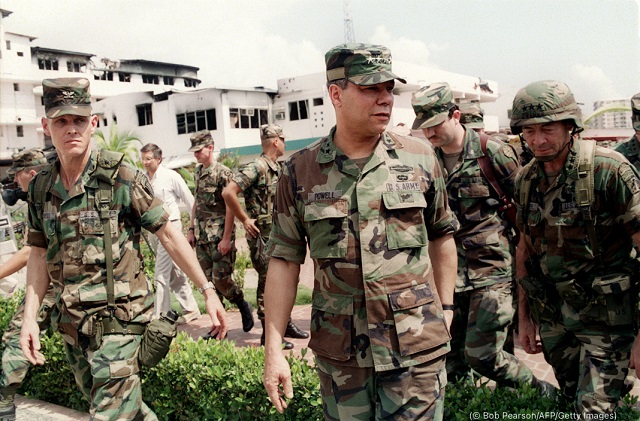 His “Powell Doctrine” set out carefully considered standards for when and how the United States should utilize military force.

After retiring from the military in 1993, Powell served alongside former President Jimmy Carter in a three-person delegation to help Haiti transition from a military dictatorship to a democracy.

As secretary of state, Powell worked to improve U.S. relationships with Russia and China. He also supported expanding U.S. efforts to combat HIV/AIDS and malaria around the world.

Powell was twice awarded the Presidential Medal of Freedom for his work in public service. 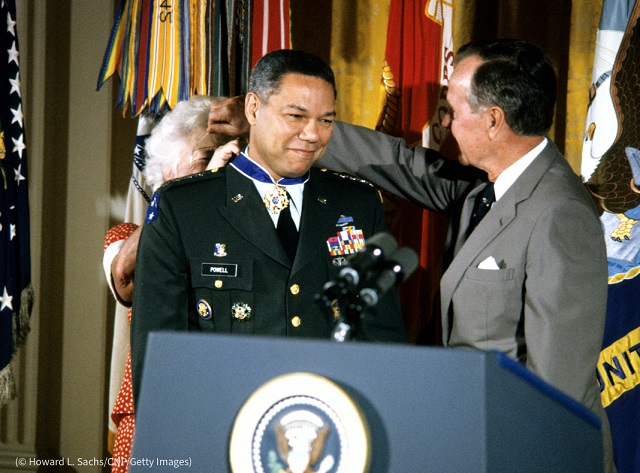 Powell considered his success a testament to the promise of the United States. “I think it shows to the world what is possible in this country,” he said of his career during his confirmation as top diplomat.

Blinken said part of Powell’s legacy is how he inspired so many to share this belief.

“Colin Powell dedicated his extraordinary life to public service because he never stopped believing in America,” Blinken said. “And we believe in America in no small part because it helped produce someone like Colin Powell.”