Extracurricular Activities: What You Do Outside School Matters

What do you like to do outside of the classroom? Are you involved in a “bukatsu”? Have you played a leadership role at school? What are your hobbies and passions? Do you have a part time job where you earn money to support your family or are saving for college? These are all questions that American universities want to know the answers to.

For many competitive U.S. universities, good grades and test scores are just the starting point of an application. Most of the students applying to say, Stanford, would have the prerequisite grades and test scores, so the committee would differentiate between applicants by the essays, recommendation letters, and extracurricular activities.

The key to this section of the application is to show “depth over breadth,” so showing sustained commitment over many years to one or two activities, rather than trying different activities every year, will make you a more competitive applicant. For example, maybe you started a musical instrument in middle school, continued throughout high school, and performed in prefectural or national level orchestras. If you are involved in team sports or activities like the debate club, becoming a captain and competing in tournaments beyond your own school, that would also make your application competitive.

But if for economic or family reasons you have a part time job or help take care of siblings at home, these are also activities that you can address on the application. Some students worry that these are not traditional school-related clubs, so they leave them off the extracurricular form, making the admissions officer wonder where the student spends his or her time outside of class.

Why does the school want to know how you spend your time outside the classroom? U.S. universities pride themselves on an exciting campus community, and the admissions committee is trying to create a class of students who will participate in activities at the school. Research the school’s website for resources on clubs and activities that you wish to join, and write about them in your short essays. When I worked in admissions at Stanford, there were far too many students who wrote that they wanted to attend the school because it is located in sunny California. While that is true, it would have been smarter for them to show that they had done their research by naming the specific clubs they wanted to join once they arrived on campus. 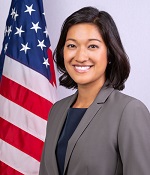 This article is the third in a five-part series for students and their teachers on how to prepare college applications, in which Consulate Fukuoka Public Affairs Officer Yuki-Kondo Shah shares her observations and expertise from her previous career in admissions as an interviewer at Dartmouth College and an application reader at Stanford University and Harvard University.

Read the other articles in the series:

Click here for more information on studying in the U.S. and EducationUSA programs throughout Japan.