International Students a Boon for U.S. Universities — and Vice Versa

America’s colleges and universities once again have attracted a record number of international students, almost 1.1 million. That’s a half-million more than a decade ago and keeps the United States as the top destination for studying abroad.

Five percent of the 20 million students at 4,500 U.S. colleges and universities come from other countries. They spent $39.4 billion to study and live here in 2016, boosting college budgets and local economies, the Commerce Department says.

New York University (NYU) enrolled the most, according to Open Doors, an annual census conducted by the Institute of International Education in partnership with State’s Bureau of Educational and Cultural Affairs.

The NYU contingent of 17,326 includes senior Riddhi Keralia, 22, of Rajkot, India, drawn to the U.S. for reasons many international students cite: the quality and diversity of American higher education.

“I’m surrounded by people from different parts of the world,” says Keralia, president of NYU’s new International Student Council. “We learn so much from each other, not just from the textbooks or in the classroom.”

The economics and psychology major felt overwhelmed at first. She quickly gained confidence, becoming a student leader, dorm resident adviser and volunteer teacher in a nearby secondary school. 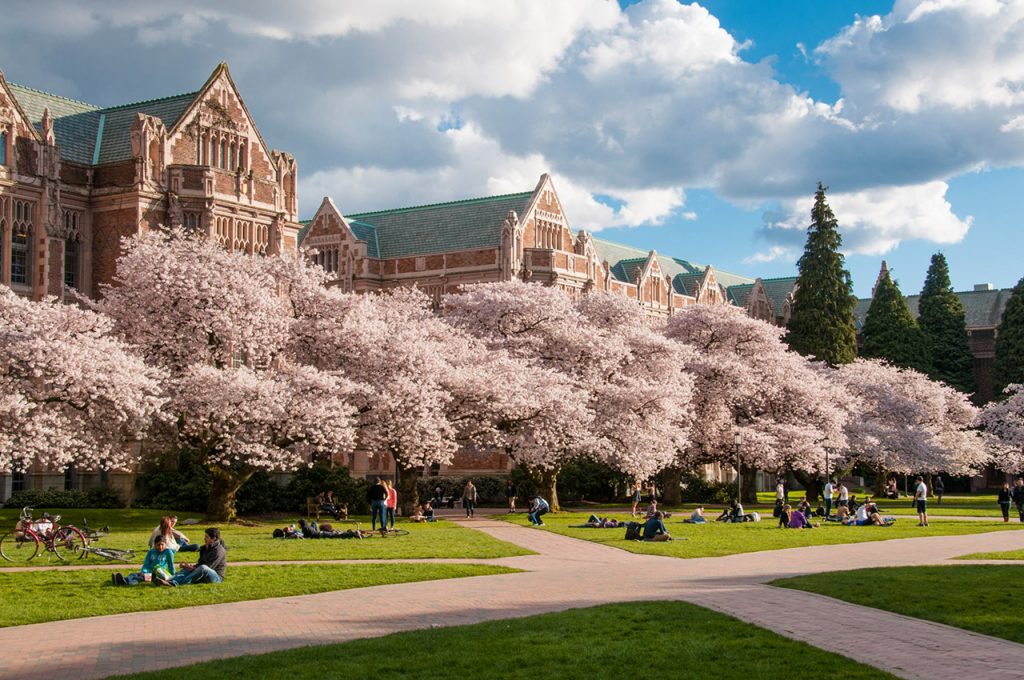 Springtime on the University of Washington quad in Seattle. (© Greg Vaughn/Alamy)

Kao Takaya, 21, attended the University of Washington on a one-year Global Leadership Fellow exchange from Waseda University in Tokyo.

In Japan, many classes are theoretical and lecture-oriented, whereas in American classrooms students are more engaged, says Takaya.

Her University of Washington courses “were very practical,” including an entrepreneurship class where she and classmates created a company that sold products to real customers. Takaya interned at a Seattle corporation and volunteered in a homeless shelter.

Universities have staff to help international students with visas and engage them in clubs and campus life. The 8,000 foreign students at the University of Washington also benefit from the Foundation for International Understanding Through Students, a nonprofit that provides hospitality and community connections.

The experiences stoked Takaya’s ambition to pursue an international business career and promote understanding. “Ultimately it is because, just like [John F. Kennedy] once said, we are all living on this planet and breathing the same air, hoping to leave something good for the future generations.” 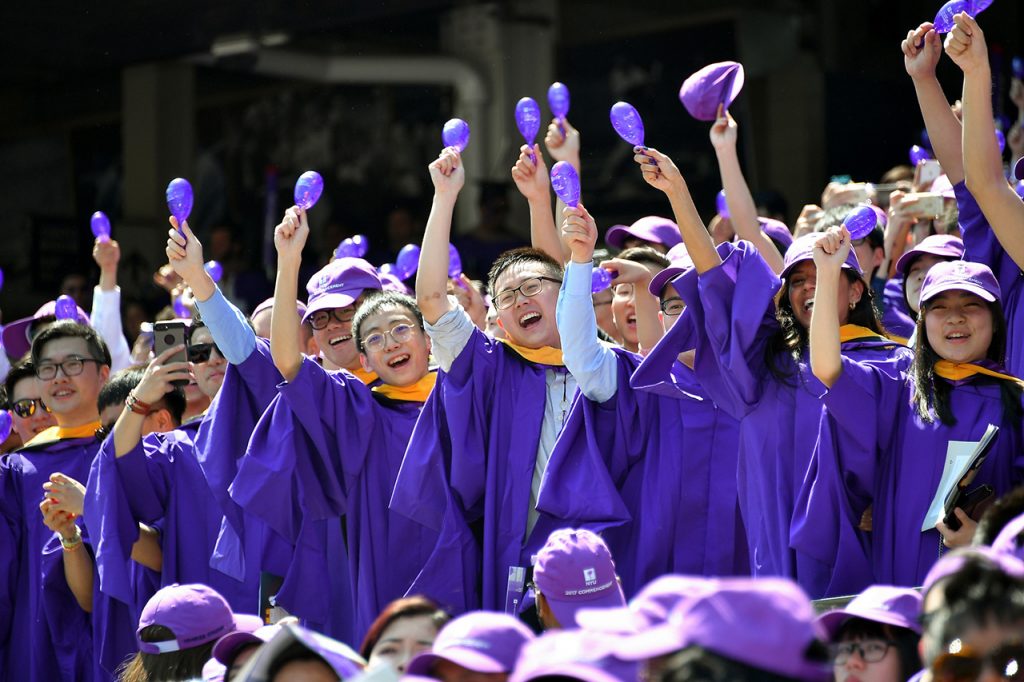