In 2005, Kenichi Nonomura, then fresh out of university, joined Toyota’s Sales & Marketing Division as a country manager focusing on Central America with a personal goal of discovering the factors that drove Japan’s growth in the 20th century. He worked to bring Toyota’s business in the region back to profitability for the first time in about 30 years and was then transferred to the Product Planning Division at Toyota’s headquarters in Toyota City. After working as product manager for next generation vehicles designed for Europe, Nonomura had spent five years at the company and was ready for a personal change. 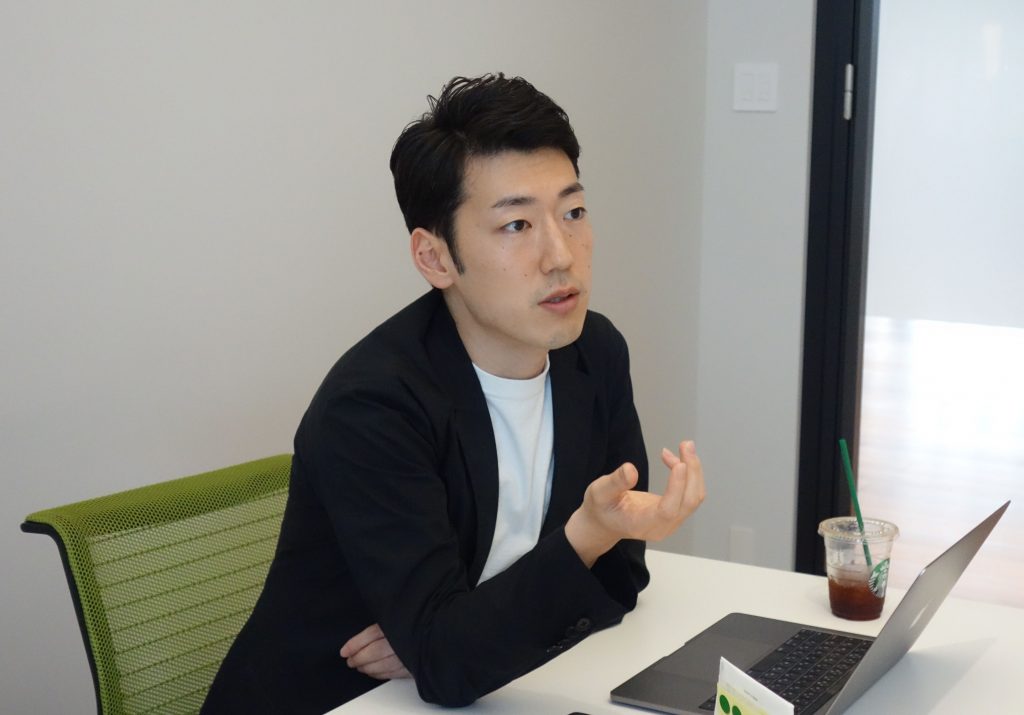 “Looking at my life, taking a step back, and having a broader perspective was really valuable.” Nonomura said. “When you take a step back, you’re able to create your own view. That view should define your life.”

That step back entailed entering Harvard Business School, which in turn led to a step forward to his current position as director of business design and development at IDEO Tokyo, a California-based progressive, global design consultancy with a focus on innovation, best known for designing Apple’s first mouse and coining an approach known as “design thinking.” To learn what Nonomura gained from studying at Harvard and how it changed his world view, I met with him at his office in Omotesando. 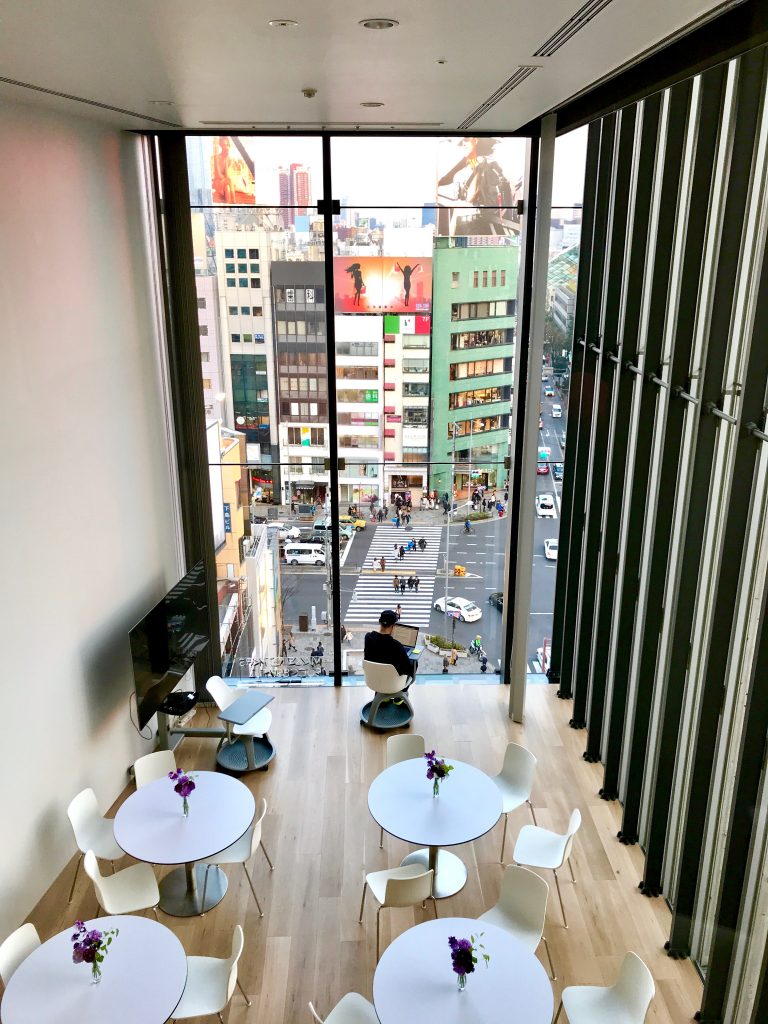 “It’s what you experience that sticks with you”

“I was always interested in American business schools,” Nonomura said. “They have this gravity that attracts so much talent from across the globe.”

He explained that when he first visited Harvard, he noticed that the classes were driven by the discussions and personal experiences that each individual brought to the room. The classroom was treated as a sacred place where students were free to talk about the most sensitive things in life. “People were getting emotional, people were crying,” he said. “I never saw business as something like that. That drove me to want to go there.”

“The interactions with the people there and the environment are what educational institutions provide as an asset,” Nonomura said. “It’s what you experience that sticks with you. You don’t remember the things you read in textbooks, but you remember those moments and comments that really moved you in these classroom environments. Those are the reasons I decided to go to Harvard Business School.” 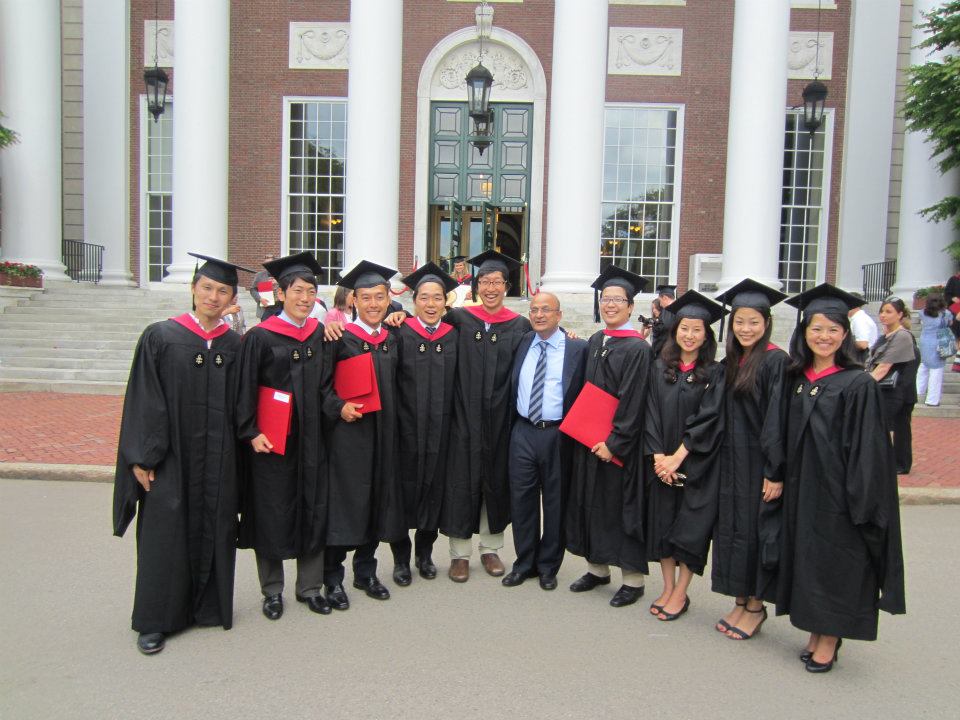 Harvard is located in Boston, which has the highest concentration of leading universities in the United States, maybe even the world. This condition created an environment where Nonomura was able to mingle with other students wherever he went. Japanese students would gather each week at the home of Harvard social sciences professor emeritus Ezra Vogel to talk about the future of Japan. Renowned for his epoch-making book, Japan as Number One, Vogel “would support us and coach us in our discussions,” Nonomura said. “I don’t think you can get that sort of thing anywhere else.”

Nonomura recalled two episodes that defined the character of his Harvard experience. Once, a professor in an operations management class suddenly asked him: “Ken, I heard you come from Toyota. How long does it take to build a car?” The Harvard faculty seemed to know about every single student’s background.

The second episode occurred in a macroeconomics class that examined case studies of specific countries; two cases concerned Japan. The first case focused on the country’s post-war growth, and the second was about its economic decline. “For the first case, the professor didn’t call on me,” Nonomura said. “The second case was completely different. Toward the end of class there were still 15 minutes left, and the professor said, ‘Ken, I’m going to turn the floor over to you.’ In front of 90 people I had to make a 15-minute speech about modern-day Japan and what I felt about it.”

Nonomura said he told the class how he felt that his generation had a responsibility to set an example and become leaders for Japan’s next generation. He explained that he really wanted to change Japan and that’s why he was at Harvard Business School. “I thought that maybe that was a little too much,” Nonomura recalled. “Then suddenly everyone in the classroom gave me a standing ovation. That was a life-changing moment for me, where I thought, ‘OK, it’s all right to say that I want to change Japan.’ The culture and the environment to allow that are really important and drive you to fulfill your ambitions.”

Nonomura said that his time at Harvard made him think about what schools need to be. “Schools are supposed to allow you to take risks and increase your capacity to do so,” he said. “I think that sort of culture at Harvard Business School is what drove us to take risks.” 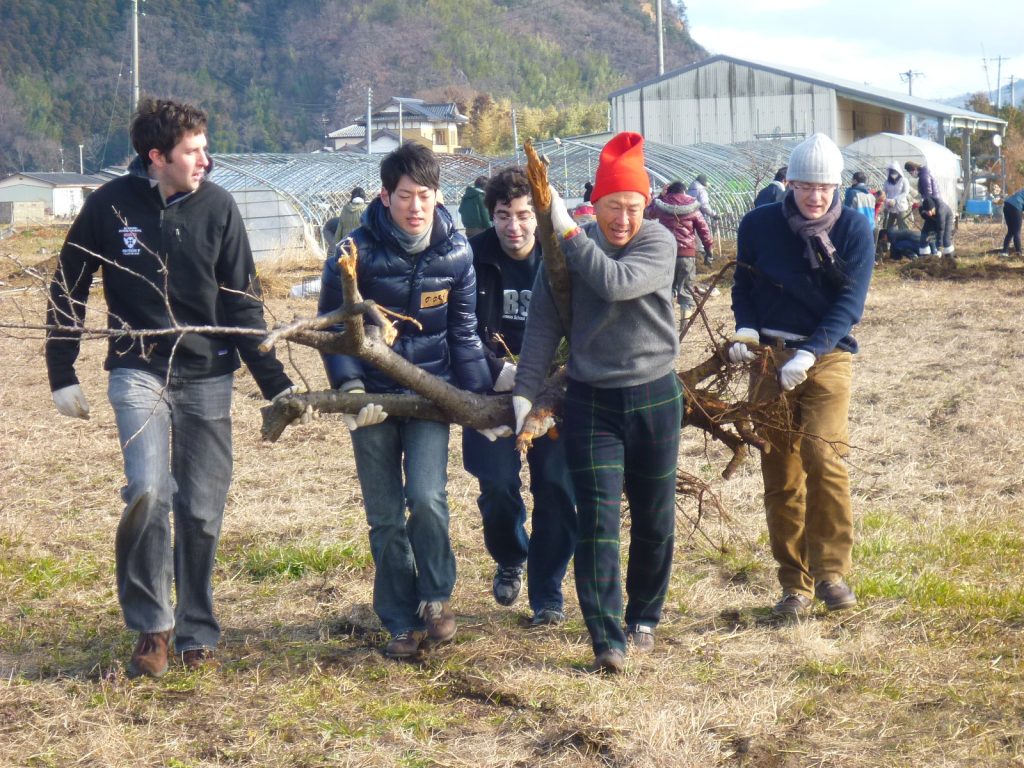 At Harvard Business School, Nonomura spearheaded the school’s first ever Immersion Experience Program for Japan, where he led students to help the affected areas of the Great East Japan Earthquake in cooperation with Japanese companies.

Asked if he had any advice for young Japanese who are thinking about studying in the United States, Nonomura said: “Go there and see it in person with your own eyes.” Nonomura made a very conscious decision to go to Harvard because of the teaching style, but he said that Harvard’s style may not be for everyone. “Pick the one that suits you,” he said. “You can only feel that for yourself if you go there.”

Nonomura also advised prospective students to release any brakes they may be putting on themselves. He said that people have a tendency to think of reasons not to do things. For example, finances may seem to be a barrier for Japanese students who want to study in the U.S. But Nonomura said that generally, as soon as a college accepts a student, it will do everything in its power to make it possible for him or her to enroll. Nonomura recommended thinking instead about why you should do something.

“If you’re not confident, come talk to alumni,” he said. “Ask the people who have done it, ask for the pros and cons, and make the choice for yourself. Don’t let the people who haven’t done it give you reasons why you shouldn’t do it.”