As a corporation whose Windows operating systems are used globally, Microsoft is practically a household name. As part of its mission “to empower every person and every organization on the planet to achieve more,” the company supports students in various ways, such as a wide range of internship programs and free use of its cloud-based Office 365 services for educational institutions.

Takuya Hirano is the president and CEO of Microsoft’s subsidiary in Japan. I sat down with Hirano to hear about his experience studying abroad and his expectations for Japanese youth. I wanted to know what kind of life he led before becoming the president of Microsoft Japan. I was also hoping to hear the views of a company president on the impact that studying abroad can have on students’ employment prospects after graduation. 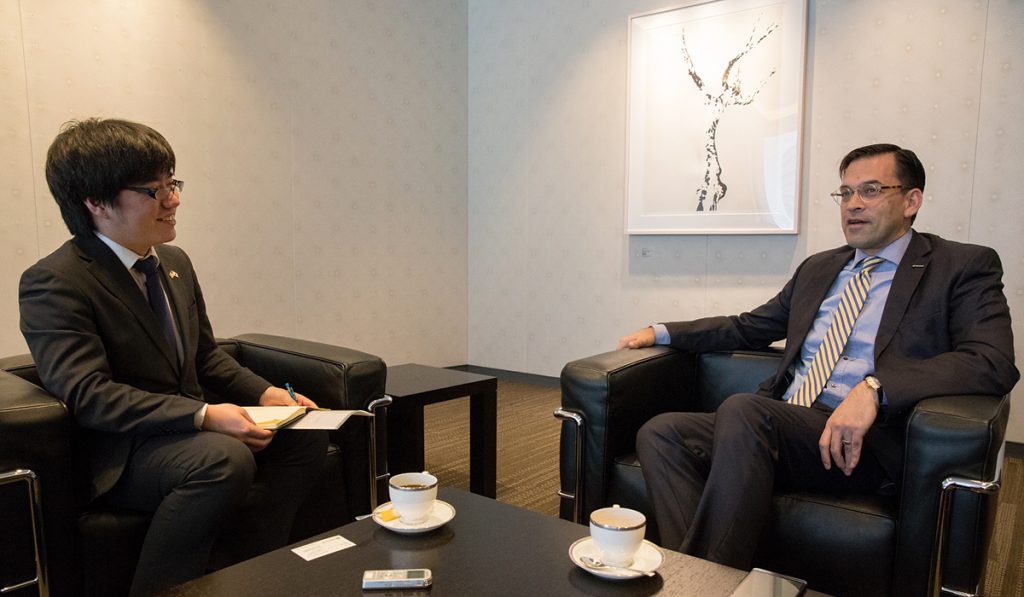 Hirano graduated from high school in Japan and went on to Brigham Young University in the U.S., graduating in 1995. Since his mother is American, he was more open to the idea of going to an American university than his peers in Japan. Nevertheless, he was worried about what it would be like to study and interact with other students in an educational system and environment that is totally different from Japan’s. But ultimately his excitement about studying in the United States cancelled out his fear as he imagined all the new experiences that awaited him.

Hirano said he decided to enroll at an American university because he wanted to test his own abilities. “I think there are plenty of excellent schools in Japan, but since you only live once, I thought it would be boring to spend my entire life based in Japan,” he explained. “I wanted to venture out into the world to deepen my knowledge and see what I was capable of.”

Gaining experience outside the classroom

While Hirano was in the United States, he signed up for all sorts of internships, in addition to attending class every day. Although he studied hard and earned good grades, he felt that wouldn’t be enough to make him stand out among all the other students. By working and doing internships, he accumulated experience that he couldn’t have gained through his university coursework alone. He took on jobs as a professor’s assistant, a teaching assistant for language classes, and even an internship as a tour guide in Alaska.

“It’s not easy to figure out how much knowledge you have and what you’re really interested in after you’ve already entered the workforce, because there’s a social tendency to view a single mistake as fatal,” said Hirano. “I thought it would make more sense to go through that process of trial and error while I was still in school, so I did a lot of different internships while I was there.”

One of the internships Hirano did was at the Department of Commerce in Washington, D.C.  Laughing, he recalled how eager he was at the time. “I applied for internships at various organizations in Washington, D.C.,” he said. “But it took a long time to get any response from them because I applied on my own without going through the university. I bought my airline ticket to Washington D.C. before I’d even found out if I’d been accepted. I didn’t get the acceptance notification from the Commerce Department until the day before my flight.”

Looking back on his time in the United States, Hirano said prospective employers were impressed by the fact that he had done so many internships and that probably made it easier for him to find employment after college. “I wouldn’t have had these kinds of opportunities if I hadn’t gone to the United States,” he said. 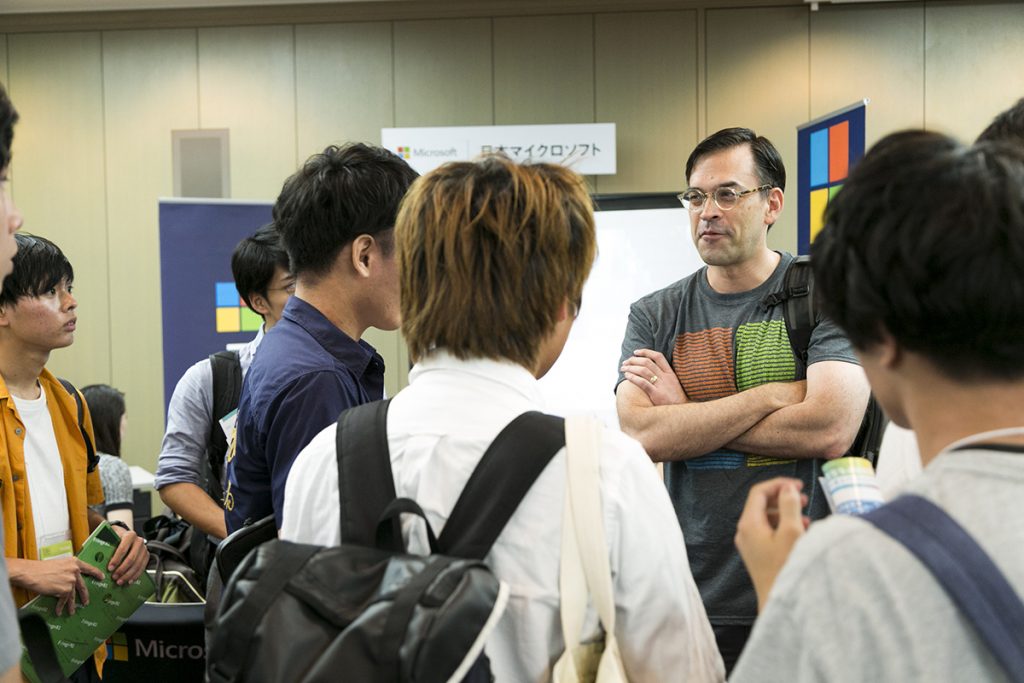 Breaking out of one’s comfort zone

Hirano said the most important skill for Japanese high school and university students is the power to break out of their “comfort zones.” By this he means that people need to be able to venture out of familiar environments and work hard to achieve their goals. Hirano said he feels as though Japanese people are particularly reluctant to break out of their “comfort zones.”

Hirano cited a definition of insanity that is often attributed to Albert Einstein: “Doing the same thing over and over again and expecting different results.” He said that this applies to Japanese society when people don’t break out of their comfort zones. High school and university students nowadays shouldn’t do things a certain way just because they’ve always been done that way, he said. Instead, they should decide what to do now by thinking about their goals five years ahead.

For example, Hirano talked about the current system under which university students search for employment in Japan. “If there’s a job you really want to do, you can try for it regardless of the recruitment cycle,” he said. “ To get a job you truly love and want to do, you should think about turning your passion into action by trying to meet with the company’s president in person or sending emails to the company instead of just going to group employment seminars in April and collecting information (according to a set schedule). If you don’t think about breaking out of your ‘comfort zone,’ you might end up giving up on studying abroad simply for pragmatic reasons or because you’re bound by the timing of the recruitment cycle. But you shouldn’t give up. You only live once, so it’s OK to fail a little bit.”

Hirano concluded by saying that when he was a student, he always kept the phrase “Be something” in the back of his mind. He didn’t elaborate on what he meant, but I believe he was telling me that it’s important to strive to be someone exceptional and to do meaningful work. His philosophy seems to be that to achieve your goals, you yourself need to take action. “Be something” seems to describe Hirano’s life, as he passionately pursued various internship opportunities and extracurricular activities when he was a student.