Landmarks Light Up in Support of Ukraine

Countries across the world have illuminated monuments and buildings in blue and yellow, the colors of Ukraine’s flag, to show their support for Ukraine following the Russian military’s unprovoked, unjustified war against the country. 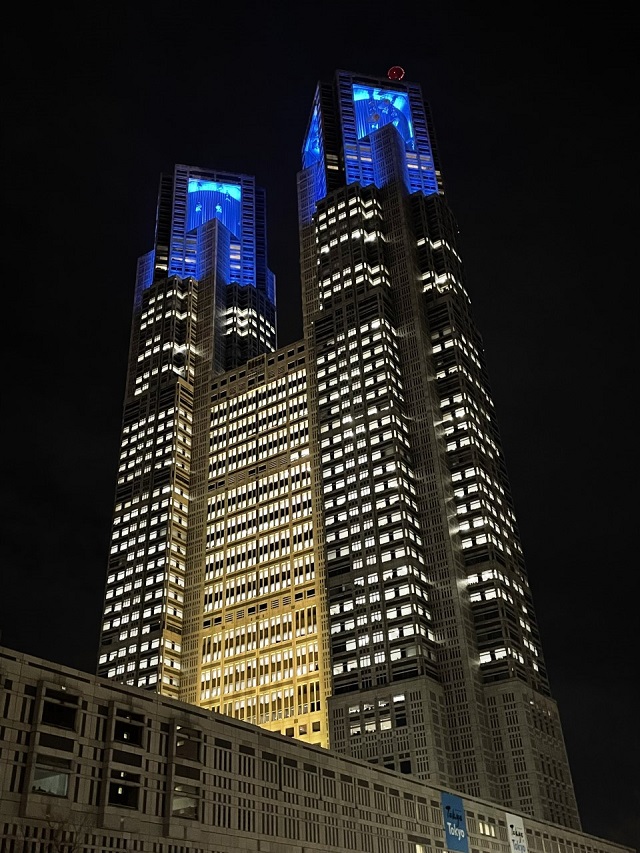 The Tokyo Metropolitan Government Building is illuminated in the blue and yellow of the Ukrainian flag. February 28, 2022 (U.S. Embassy, Tokyo) 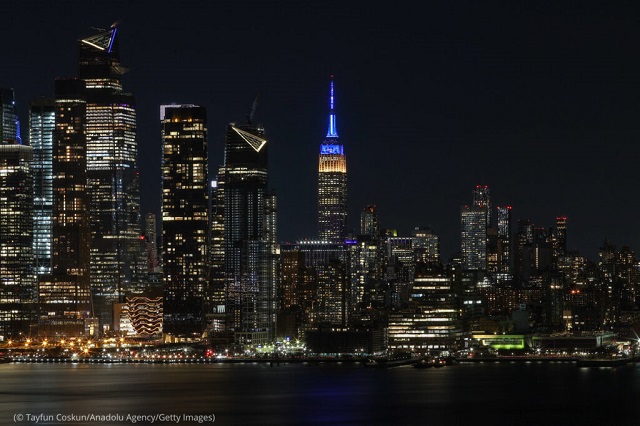 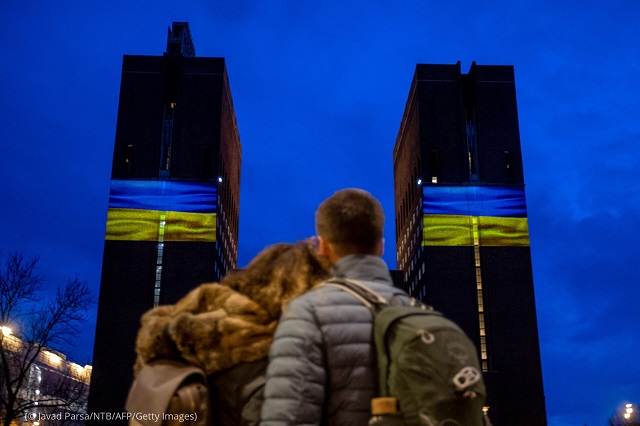 A couple looks at Oslo City Hall in Norway, illuminated with the colors of the Ukrainian flag February 24 as a symbolic act of solidarity with Ukraine. (© Javad Parsa/NTB/AFP/Getty Images) 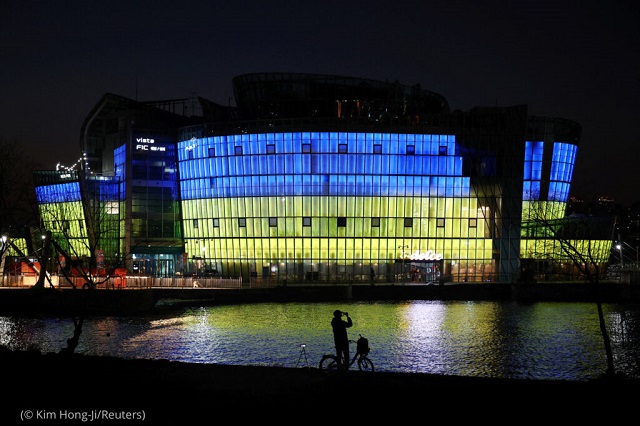 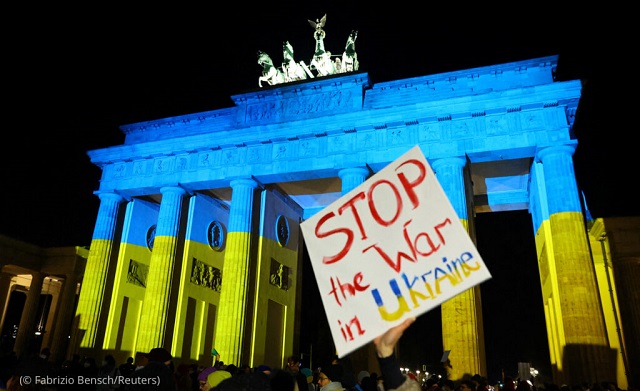 A protester in front of the Brandenburg Gate February 24 holds a sign that says “Stop the war in Ukraine.” (© Fabrizio Bensch/Reuters) 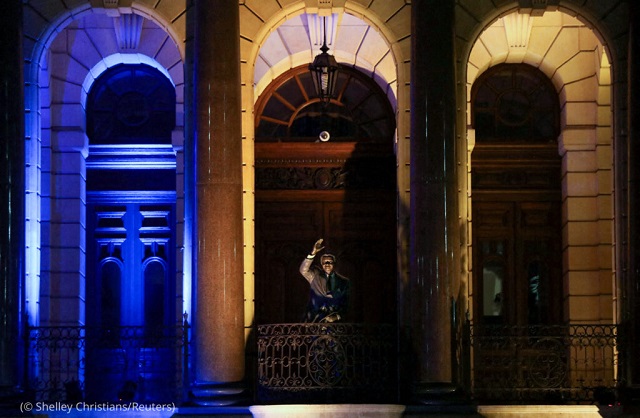 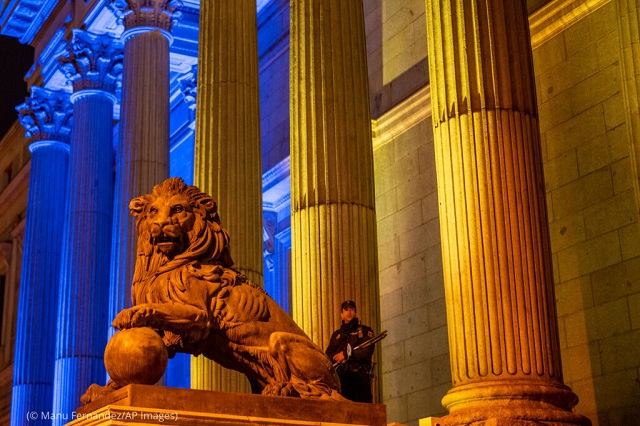 A police officer stands next to the Spanish parliament building in Madrid March 1. (© Manu Fernandez/AP images) 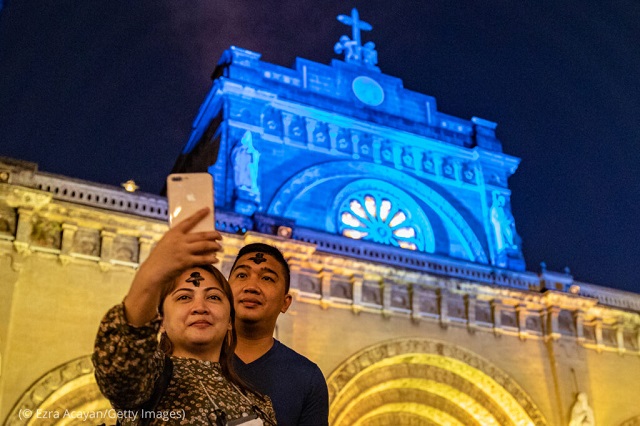 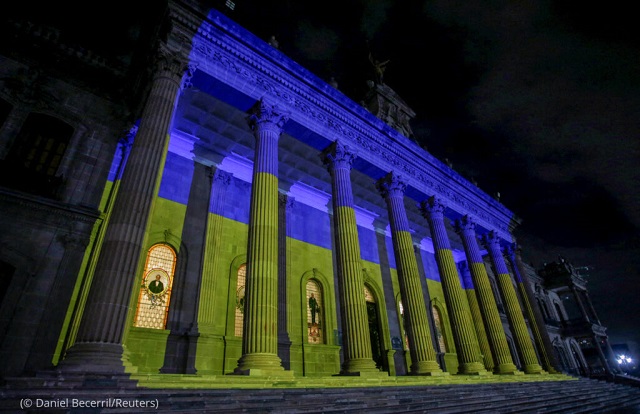 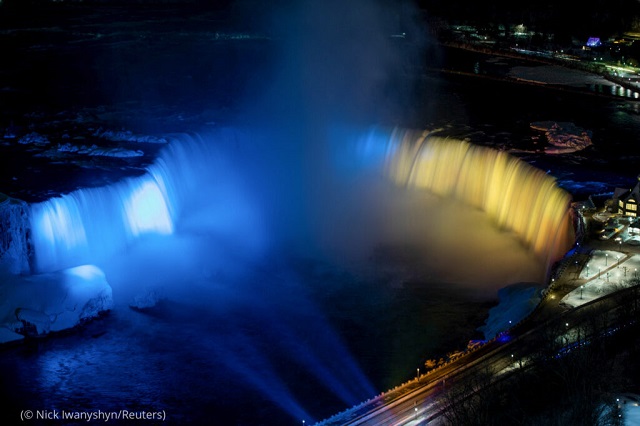 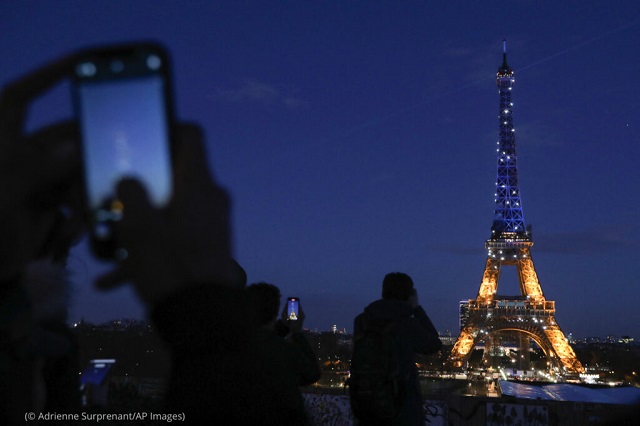 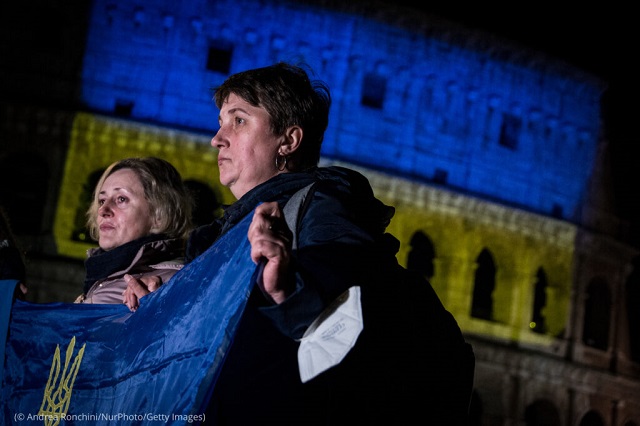 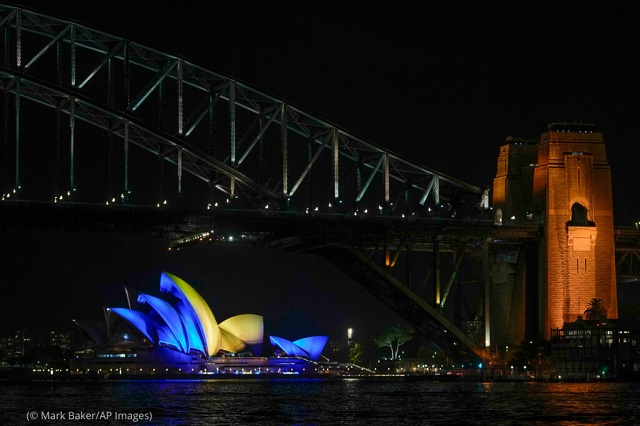 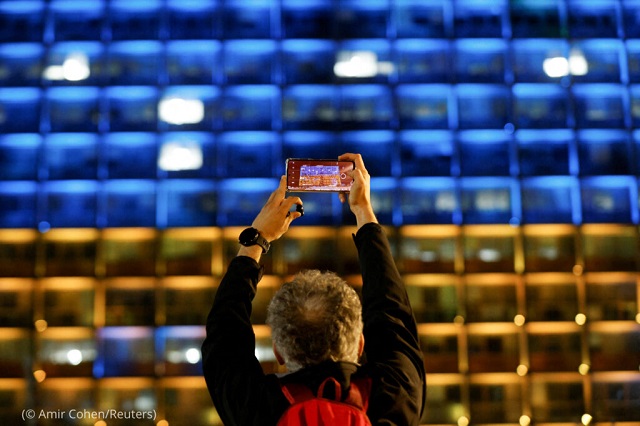 A man takes a photograph of the municipality building in Tel Aviv February 27. (© Amir Cohen/Reuters)