For the first time in history, a sitting U.S. president has brought with him to the White House a pet adopted from a shelter.

President Biden’s dog, Major Biden, was adopted by the family in 2018 from the Delaware Humane Association, a shelter located in the president’s home state.

Major was one of six German shepherd puppies at the shelter. While fostering Major, the Bidens had such a positive experience, they decided to make ownership official through adoption, according to the Delaware Humane Association’s Facebook page. 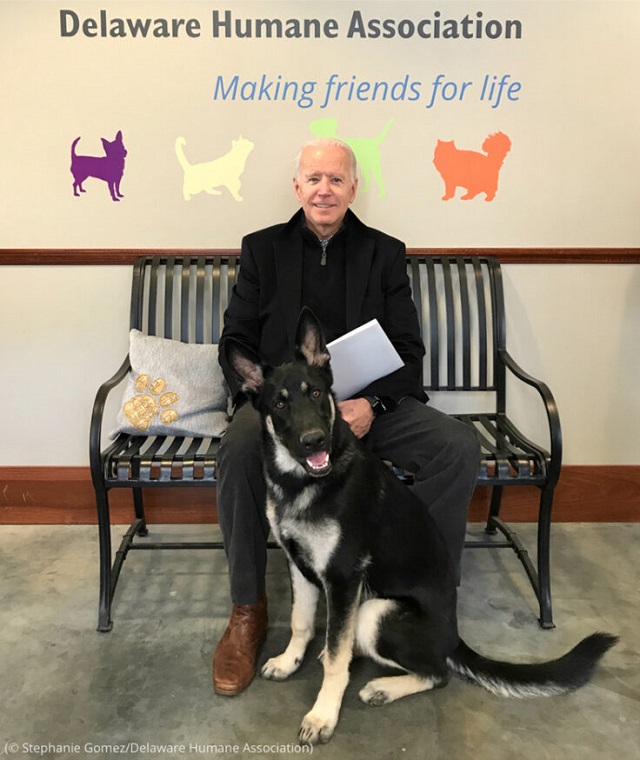 The Bidens started looking for a new addition to the family about a decade later. “My vet said, ‘Your shepherd’s 12 years old. He’s getting slow,'” Biden told the press in 2020. “‘The best thing to keep him going is get another little puppy.'” 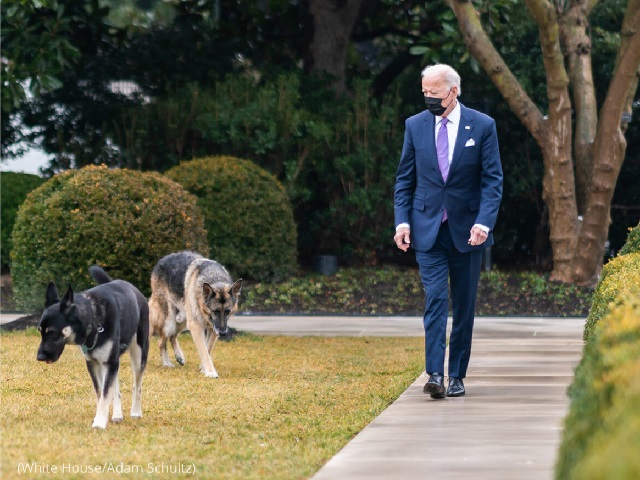 President Biden walks with his German shepherd dogs, Major and Champ, at the White House on January 26. (White House/Adam Schultz)

Each year, about 6.5 million household pets enter the U.S. shelter system, according to the American Society for the Prevention of Cruelty to Animals (ASPCA). Of those, more than 3.3 million are dogs and 3.2 million are cats.

Major Biden’s main duties as first pet include romping around the White House and keeping Champ company. And, of course, being man’s best friend — even if that man is the president of the United States.