A former public defender and successful lawyer in private practice, Judge Ketanji Brown Jackson will bring a wide range of experience to the U.S. Supreme Court.

Educated at Harvard, Brown worked as a public defender, representing clients who could not afford an attorney. She later served on the U.S. Sentencing Commission, a U.S. agency that proposes changes in federal sentencing, and most recently as a judge on the U.S. Court of Appeals for the District of Columbia Circuit.

Jackson is a jurist with “an independent mind, uncompromising integrity, and with a strong moral compass and the courage to stand up for what she thinks is right,” President Biden said when nominating her February 25. The U.S. Senate confirmed Jackson’s nomination on April 7. She will be the first Black woman on the Supreme Court and will join three other women among the nine justices of the nation’s top court.

Born in Washington and raised in Miami, Jackson grew up in a family steeped in public service. Her parents worked as public school teachers and her brother and two of her uncles have served as police officers, one uncle rising to become Miami’s chief of police. 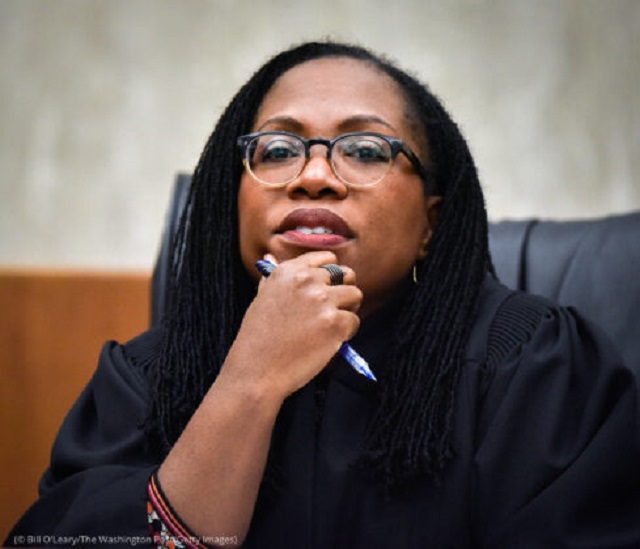 Jackson’s interest in law began early. When she was a child, her father, a teacher, decided to become a lawyer. She and her father did homework together, Jackson working on pre-school coloring books while her father studied for law school.

“Some of my earliest memories are of him sitting at the kitchen table, reading his law books,” she said, accepting Biden’s nomination at the White House. “I watched him study and he became my first professional role model.”

Prior to her Supreme Court nomination, Jackson served as a judge on both the U.S. Court of Appeals for the D.C. Circuit, one level below the Supreme Court, and the U.S. District Court for the District of Columbia.

By working on the Sentencing Commission, Jackson followed in the footsteps of Supreme Court Justice Stephen Breyer, for whom she clerked after law school and whose seat she will fill on the court. Breyer will retire at the end of the court’s 2021–2022 term. 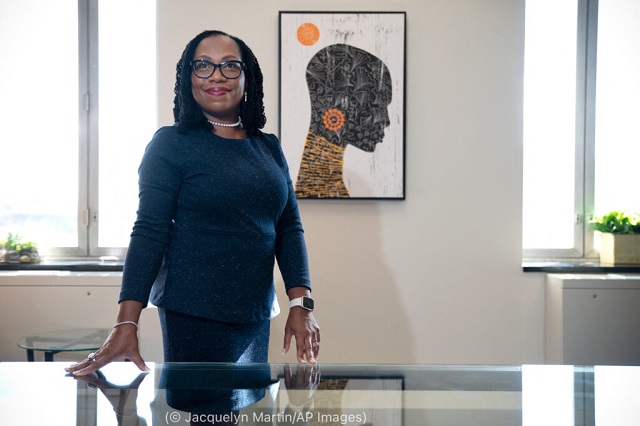 In his nomination speech, Biden said that when Jackson becomes the first Black woman on the Supreme Court, she will show young people there are no limits to what they can achieve.

“For too long, our government, our courts haven’t looked like America,” Biden said. “And I believe it’s time that we have a Court that reflects the full talents and greatness of our nation with a nominee of extraordinary qualifications and that we inspire all young people to believe that they can one day serve their country at the highest level.”