“National parks are the best idea we ever had,” said writer and historian Wallace Stegner in 1983. “Absolutely American, absolutely democratic, they reflect us at our best rather than our worst.” The creation of the National Park Service on August 25, 1916 represents the first decision by any nation to conserve land both for the enjoyment of the public and for its own sake. 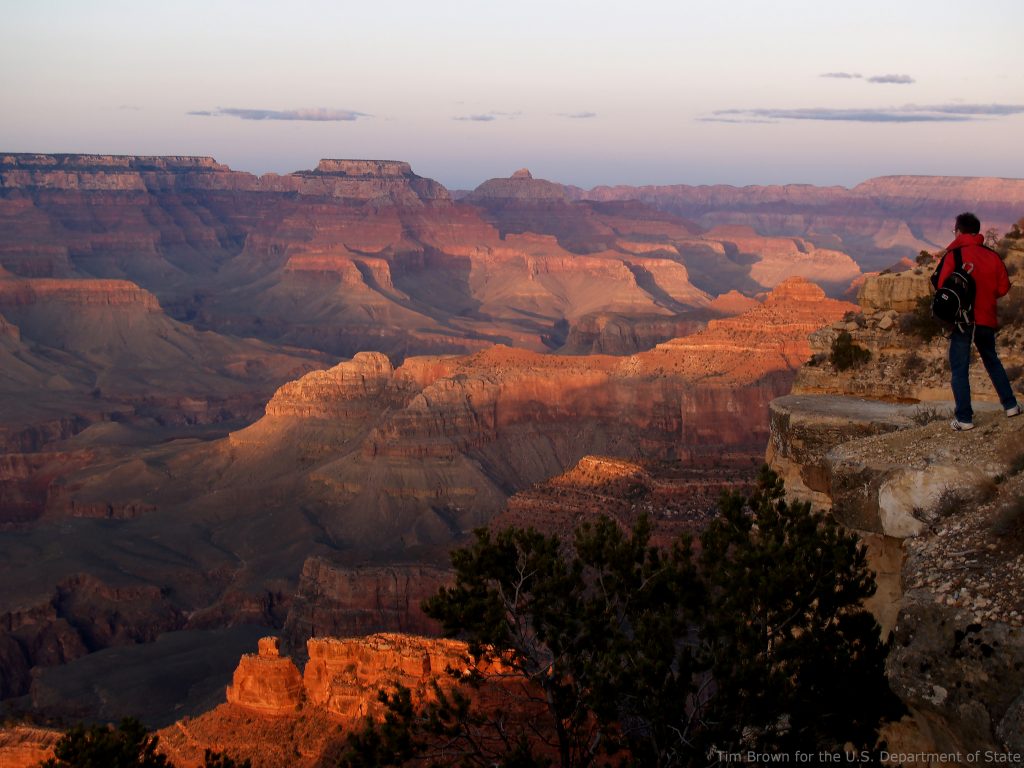 The setting sun at dusk casts dramatic shadows in the Grand Canyon. (Photo by Tim Brown)

President Woodrow Wilson signed the Organic Act in 1916 to integrate all existing parks and monuments into a single federal system with its own administration, a common mission, and a director to serve as an advocate in Washington, D.C.  Today the grand and scenic parks of the American West remain iconic and important sites, but the definition of a park has expanded. The National Park Service now manages over 400 historical parks and sites, national monuments, battlefields and military parks, recreation areas, seashores, parkways, lakeshores, and more. Even the White House and the Statue of Liberty are part of the national park system. 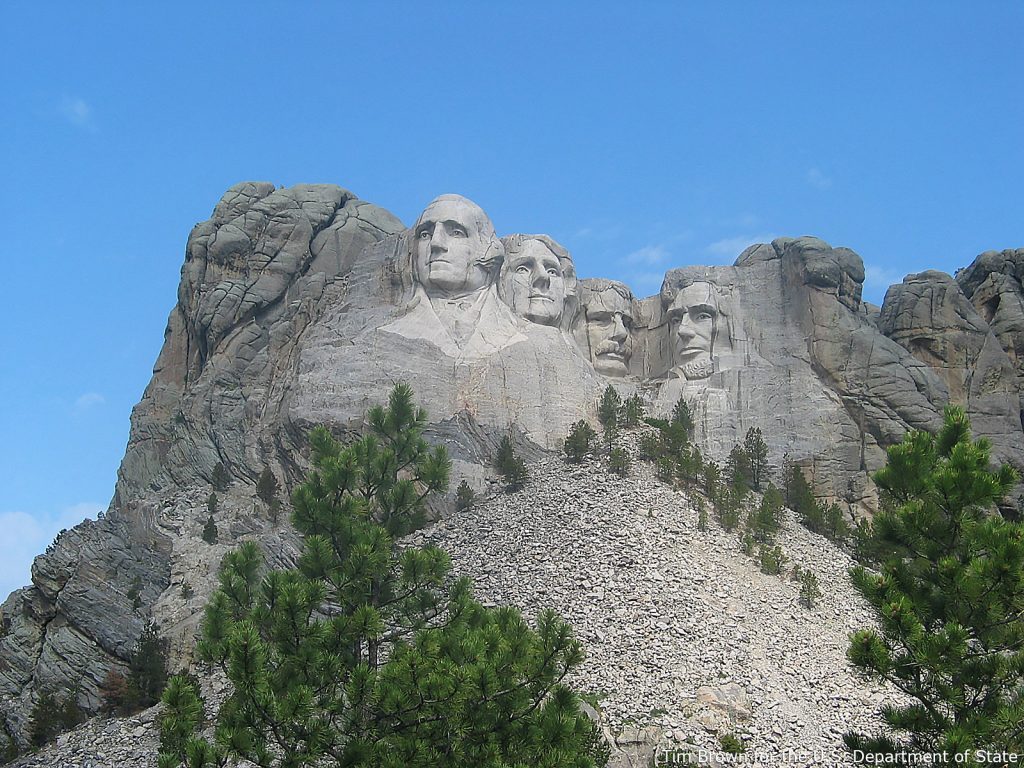 In 2015, the National Park Service and the National Park Foundation launched Find Your Park, a public awareness and education campaign celebrating the centennial anniversary. The campaign highlights historical, urban, and cultural parks, as well as programs that protect, preserve and share nature, culture, and history in communities nationwide. FindYourPark.com features an interactive gallery of inspirational stories about national parks from the general public, National Park Service employees, and celebrities.

Each year, more than 300 million people visit national parks to experience their breathtaking scenery and natural wonders. But the natural beauty of national parks doesn’t end after the sun sets. Dark Sky Parks are national parks that are recognized for exceptional-quality starry nights by the International Dark Sky Association. Places such as Death Valley National Park and Natural Bridges National Monument are famous for their clear night skies, while Denali National Park in Alaska offers visitors a chance to see the northern lights (aurora borealis). When camping in these parks, you merely have to cast your gaze upward after dinner to see an incredible array of stars and even the Milky Way. Some national parks also offer astronomy programs where you can look through telescopes and learn about how the native people connected with the night skies. 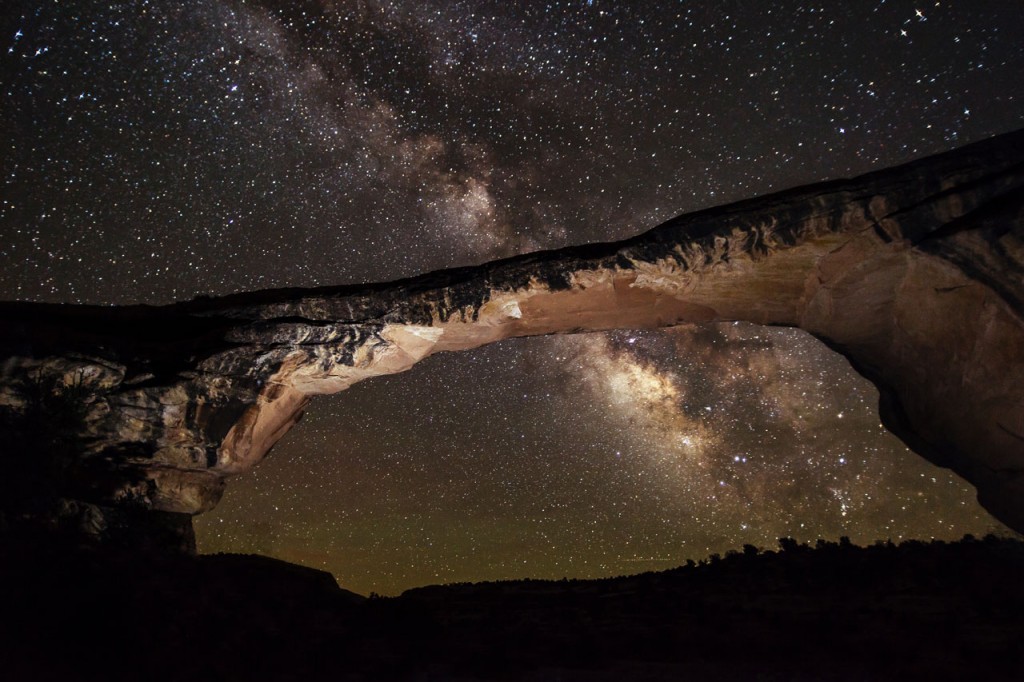 Many people choose to pitch their tents at rustic campgrounds or backpack deep into the wilderness when they visit national parks, but “glamping” (short for glamorous camping) is also a popular new way to experience the great outdoors. By glamping, you can appreciate “America the Beautiful” without giving up indoor conveniences like air conditioning, private bathrooms, and comfortable beds. “Glampsites” range from clusters of Mongolian-style yurts to vast resorts offering high-class sleeping arrangements and spa services. Many offer guided hikes and exciting activities such as mountain biking, skiing, and fishing. There are glamping facilities at a number of well-known national parks, such as Yosemite, Great Smoky Mountains, Yellowstone, and Shenandoah.

America’s national parks are extremely popular with domestic and international visitors alike, with one in five international visitors traveling to one during their stay in the United States, according to the National Parks Conservation Association. Travel information website forTravel ranks the three most popular parks among Japanese tourists as the Grand Canyon, Monument Valley, and Yosemite.

Entrance fees range from a few dollars to $30 per private vehicle, but many of the smaller parks do not charge entrance fees at all. Camping fees are also very reasonable at under $30 a night per campsite, while lodging fees vary widely depending on the accommodations. Guided walks, ranger talks, campfire programs, and exhibitions at visitor centers are generally free of charge, and some parks provide shuttle service as part of the entrance fee. Many people agree that camping at national parks can make a trip to the United States more affordable.

From exploring Utah’s Arches National Park on horseback to snorkeling in the shallow reefs of Florida’s Biscayne National Park, there is truly something for everyone at America’s national parks.