What is nonprofit journalism?

While traditional news sources rely on revenue from subscribers and advertisers, nonprofits focus more exclusively on providing a specific public service to their communities. Since they don’t chase advertising, they can steer away from stories about celebrities or trending topics and instead act as watchdogs against local corruption or purveyors of community news less frequently covered by their for-profit competitors.

Even so, nonprofit journalists and their platforms need revenue to survive. They typically raise money from individuals, charities or foundations for much of their operating income. But even with these donations, they must also build other revenue streams. “To be nonprofit is not a business model,” said Jim Brady, vice president of journalism at the Knight Foundation. “It’s a tax status.”

Shining a light on local issues

After a career as an attorney, Geoffrey King started spending more time in his hometown of Vallejo, California — asking questions and filing public records requests. Before long, King started an investigative news website called Open Vallejo, to shine a light on any corruption in the working-class town near San Francisco.

The Arkansas Nonprofit News Network, an independent, nonpartisan news website, produces investigative and feature articles about the state. It publishes them on its own platform and distributes them to statewide media for free, guaranteeing a large, interested audience. 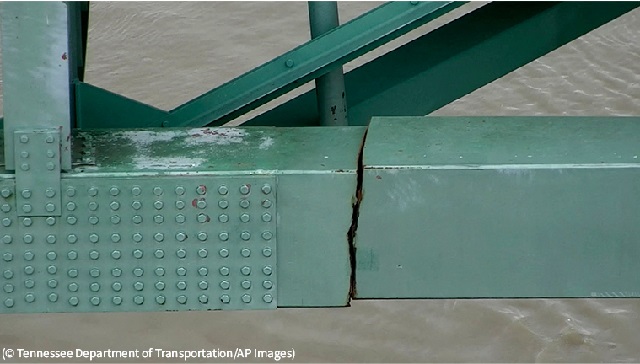 This year, the network collaborated with the Daily Memphian newspaper in Tennessee on a story about a crack on a busy bridge over the Mississippi River that connects Tennessee to Arkansas. After authorities discovered the bridge was unsafe, fired an inspector and made necessary repairs, reporters investigated the Arkansas bridge-inspection program. Their reporting found areas in which the program fell short, information they released to the public. The Federal Highway Administration later reviewed the program, and some of its findings mirrored what reporters had discovered. It eventually issued several recommendations for improvements as well as endorsements of some practices.

Other examples of thriving nonprofit media outlets include these:

Why is nonprofit news thriving?

American startup culture drives the growth in nonprofit news, according to Damon Kiesow, a professor at the Missouri School of Journalism.

“There are many nonprofit newsrooms popping up,” he says, “like in Detroit, filling a specific need in the community.” Nonprofits, he adds, hire reporters and editors who can “redefine what news is.”

Sue Cross, director of the Institute for Nonprofit News, says the 352 newsrooms in her organization employ 4,000 people who produce 1,000 stories a day.

Financial pressure on commercial newspapers is also behind the boom. As ad dollars shrink — down 10%–15% annually in recent years, according to Rick Edmonds of The Poynter Institute for Media Studies — readers are migrating to nonprofit online publications.

What’s more, the owners of some well-known commercial newspapers, including the Philadelphia Inquirer and the Salt Lake Tribune, have turned those enterprises into nonprofits to attract money they would not have gotten otherwise, says Brady, of the Knight Foundation.

These nonprofit outlets “are keeping an eye on things,” Brady says. They have found their niche holding city councils, school boards and other local officials accountable.

Nonprofit news is “growing, succeeding, and it will be a really significant share of news Americans consume in the future,” Cross says.