Once Interned in China, Uyghur American Fights for Religious Freedom

Nury Turkel was born in a reeducation camp during China’s Cultural Revolution. Today, he is fighting for religious freedom in China and around the world as a newly appointed commissioner on the U.S. Commission on International Religious Freedom (USCIRF).

A Uyghur American, Turkel says his May 26 appointment to the Commission shows that the U.S. government is sending a strong message that China’s internment of Uyghurs and other Muslim minorities in the Xinjiang region where he was born is unacceptable.

The Chinese Communist Party (CCP) “sees religion as a mental illness,” Turkel told ShareAmerica in a June 3 interview. He adds that the party that once interned him perceives Uyghur “cultural heritage and religious practices … as disloyal to the government.”

Since 2017, the CCP has locked up more than 1 million Uyghurs, ethnic Kazakhs and other Muslims in internment camps where prisoners are forced to renounce their religious and ethnic identities and swear allegiance to the Communist Party. 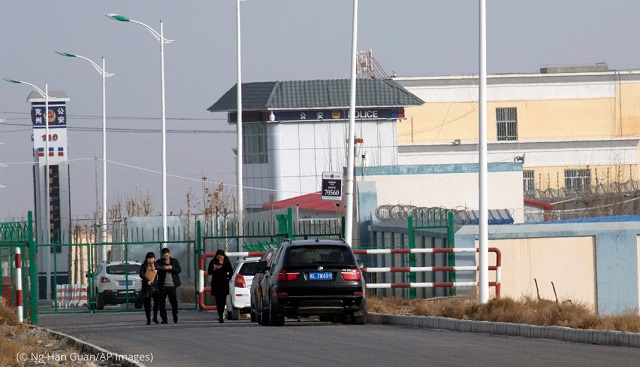 The USCIRF monitors persecution, such as the internment of Uyghurs and other religious minorities at this camp in Xinjiang. (© Ng Han Guan/AP Images)

Turkel, a lawyer, said he founded the Uyghur Human Rights Project (UHRP) in 2003 to bring the world “firsthand evidence-based information, research documentation and professionalized advocacy work” about what was happening to the Uyghurs in China.

He says experience advocating for Uyghurs has prepared him for his role with the USCIRF, an independent, bipartisan federal advisory body that monitors and reports on threats to religious freedom around the world.

After attending college in China, Turkel came to the United States in 1995 and was granted asylum in 1998. He earned a master’s degree in international relations and a law degree from American University in Washington. Turkel is the first U.S.-educated Uyghur lawyer, according to the Commission.

Turkel says his experience as a member of an oppressed ethnic group in China will inform his efforts to help others facing religious persecution anywhere in the world.

“It has been an amazing journey for me,” Turkel says. “It’s been an empowering experience: speaking for the people that you don’t know, you have not met, and, importantly, [who] are voiceless.”