Now in its 68th year, Operation Christmas Drop has become a yearly ritual of holiday cheer, humanitarian aid, and vital training between the U.S. Air Force and its allies in the Japanese Air Self-Defense Force, Royal Australian Air Force, and the newest addition of the Royal New Zealand Air Force to better prepare for future humanitarian assistance and disaster relief efforts in the Pacific, while providing critical supplies to 56 Micronesian islands, impacting 20,000 lives across a 1.8 million square nautical miles of operating area.

Before that training and OCD officially begin, Santa 01 and other practice airdrop flights take to the skies to get their first taste of the unsurveyed drop zones they will encounter throughout the course of the event.

“The practice drops we do actually have a lot of advantages,” said Maj. Ryan Wells, 36th Airlift Squadron pilot and aircraft commander of Santa 01 out of Yokota Air Base, Japan. “Each aircraft conducted 3 simulated surveys of islands to determine where to best place our Low-Cost, Low-Altitude practice bundles and one actual practice drop off Guam to ensure we were hitting our target. 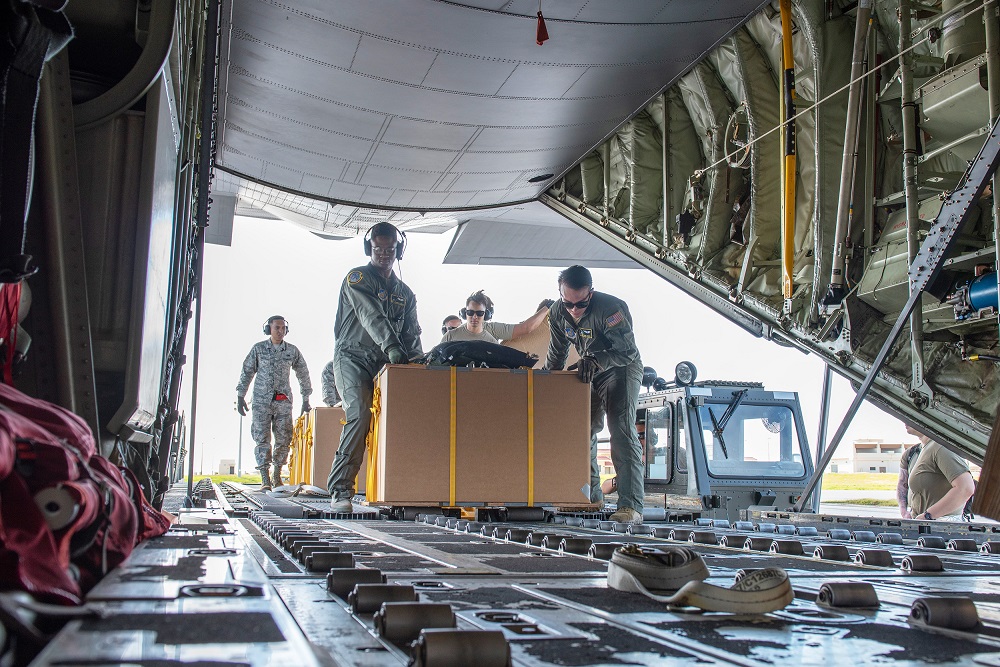 “It’s a team effort between the entire crew to make that happen. We need to communicate with our loadmasters to figure out how to drop the bundle in a position that is safe, but also easily retrievable for those we are providing aid.”

The task is no simple feat on islands that oftentimes have not been flown over since the previous year’s delivery of goods.

“As time goes by and the people on these islands move around or in some instances, the emergence of new infrastructure can really throw off our initially planned drop zone,” said Senior Airman Lauren Shaw, 36th Airlift Squadron loadmaster and crew member of Santa 01. “When that happens we need to adapt to the situation and quickly come up with a new drop zone as a team. OCD really solidifies our trust in one another as part of the crew, a chance for us further gel in a real-world training environment.”

For the members of Santa 01 and the rest of the C-130 crews in attendance, the practice drops mark just the beginning of OCD, which continues for a week and half.

“We’ve got a lot of work to do in getting these supplies out to the people that need them,” said Wells. “In doing that, as we have in OCD’s in years past, we are going to build on that trust not just among our crews, but among all of the nations participating. As we each complete the mission, we can to grow to rely on one another’s capability and ability to get the job done. It’s that level of trust we foster here that will make the difference when the time comes to respond to disaster relief or humanitarian aid needs throughout the Pacific.”