When Vati Pham came to the United States from Vietnam two years ago to attend college, she had no idea what resources would be available for lesbian, gay, bisexual, transgender or intersex (LGBTI) students like herself. But she knew she would likely find openness and acceptance of LGBTI people on a U.S. campus.

“I felt like the whole country would be open to [LGBTI] people,” she said. “Going abroad was one of the ways for me to truly express myself.”

Pham, who is about to enter her sophomore year majoring in mathematics and economics at Centre College in Danville, Kentucky, has been active in the gay rights organization on her campus and advocates for LGBTI people.

Shane Windmeyer, director of the nonprofit organization Campus Pride, which ranks schools for their support of LGBTI students, says the United States has made significant progress over the past 25 years in protecting LGBTI rights, but support still varies depending on the region.

He called U.S. higher education a “mixed environment” for LGBTI students, with campuses in some urban areas or areas with more diversity doing the best. He said his group focuses on “a large majority [of campuses] in the middle” with regard to being LGBTI friendly.

Despite the work that still needs to be done to increase accessibility and promote equality, Windmeyer says the vast majority of college campuses want to be LGBTI-friendly.

The District of Columbia and 16 states prohibit discrimination against students based on sexual orientation and gender identity, according to data from the 2019 State Equality Index produced by advocacy organizations Human Rights Campaign Foundation and Equality Federation Institute. 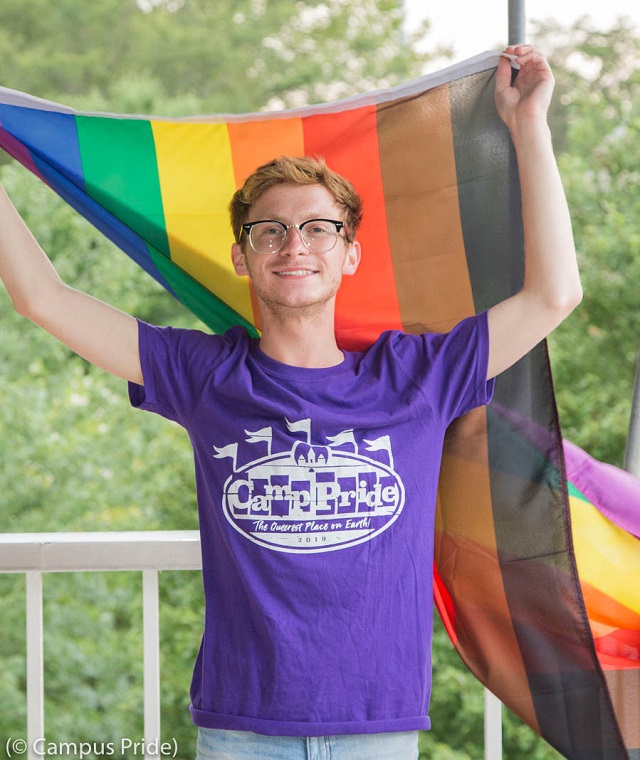 Campus Pride offers an online database that allows prospective students to search for information on LGBTI-friendly schools. (The database includes only the schools that have registered to participate and does not represent the full range of supportive academic institutions in the U.S.) Campus Pride also ranks the top 30 colleges and universities that support LGBTI students through their policies and inclusive culture.

On campuses, support for LGBTI students is growing. It includes mentoring programs; gender-neutral bathrooms; LGBTI residence halls; the establishment of offices of diversity, equity and inclusion; and inclusive policies. Such policies may include providing a simple process for students to change their names on university records or giving them the option to self-identify a sexual orientation on applications.

Michael Fisher, a mathematics major at Kenyon College in Gambier, Ohio, who is transgender and identifies as male, says it’s important to support LGBTI students to help them become effective community members.

Fisher says Kenyon College has become more LGBTI-friendly in recent years and students feel safer. The campus has added gender-neutral bathrooms and staff members at the health center have been trained to be sensitive about LGBTI issues.

“I’ve been really impressed by how many more resources have come about in the four years that I’ve been at my college,” Fisher said. “I feel like there’s been so much movement toward making a campus that is super [LGBTI] friendly, and I’ve been really happy to watch that happen.”

If you want to study in the U.S., see EducationUSA.