The University of Virginia, acknowledging its past as an institution that enslaved 4,000 people to build and maintain its grounds, has unveiled a memorial to honor them.

Its Memorial to Enslaved Laborers recognizes the men, women and children forced to live and work at the school between 1817, when the school’s construction began, and 1865, when the Civil War ended slavery. Student-led efforts at the university to create the memorial  involved the surrounding Charlottesville, Virginia, community and the descendants of enslaved workers. 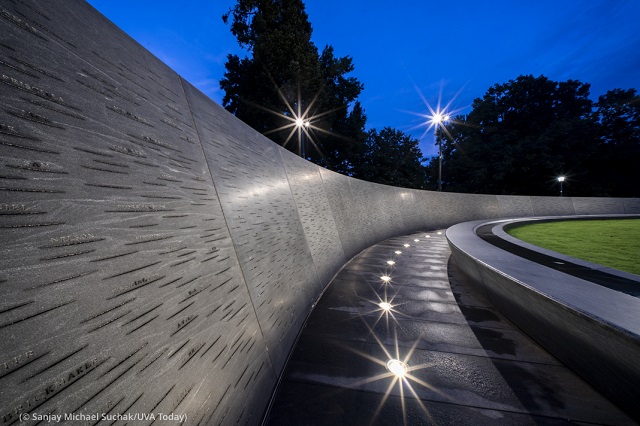 During construction and early maintenance of the school, enslaved workers performed a variety of duties, including clearing land, transporting and carving quarried stone, chopping and stacking wood, and cooking and doing other daily chores for students and professors. Because records do not list many of their names, the memorial lists their jobs and family relationships, although some, such as Isabella Gibbons, a cook, are listed. 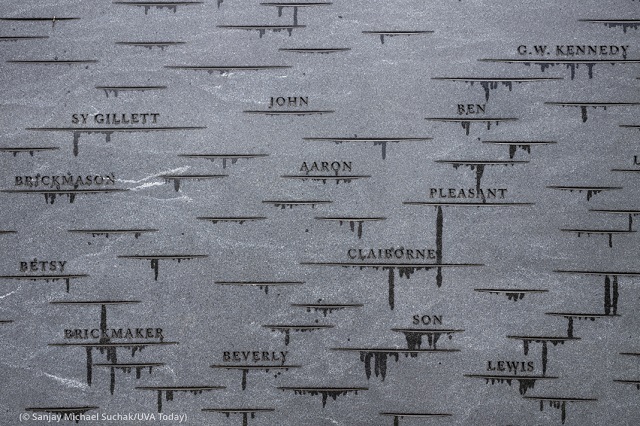 Close-up view of the Memorial to Enslaved Laborers. It lists the enslaved by their jobs and family ties when their names are unknown. (© Sanjay Michael Suchak/UVA Today)

Thomas Jefferson, the third president of the United States and author of the Declaration of Independence, founded and designed the University of Virginia. While the university owned some of the enslaved workers, others were rented from local slaveholders and at least one belonged to Jefferson himself, according to the New York Times.

The memorial sits in close proximity to the university’s central feature, the Rotunda, and along a pathway frequented by students.

Banner image: Aerial view of the new Memorial to Enslaved Laborers at the University of Virginia (© Sanjay Michael Suchak/UVA Today)