When Kazi Mannan immigrated to the United States with approximately $3 in his pocket, he could not have imagined owning a restaurant 18 years later. Now, his restaurant stays consistently busy — so hectic, in fact, that he has to hide in his office for a brief respite every once in a while.

The Sakina Halal Grill, located within walking distance of the White House, serves what it describes as “Pakistani-Indian cuisine” to everyone who walks through the door, even if they can’t pay. “I wanted homeless people to come inside the restaurant and experience life like they used to,” Mannan explained. “Everyone is not born homeless. If someone is down, we say, ‘Let’s lift them up.'”

Mannan grew up on a farm in a small village in Pakistan, where his father was a teacher and his mother looked after him and his nine siblings. As a child, Mannan remembers being hungry and not knowing where his next meal would come from or when it would come.

“In those dark days, my mother still used to cook and always gave food to neighbors,” he recalled. “I used to get a little bit angry. We didn’t have enough; why would she give the food away? She would always say, ‘God gives you more and you give back.’” 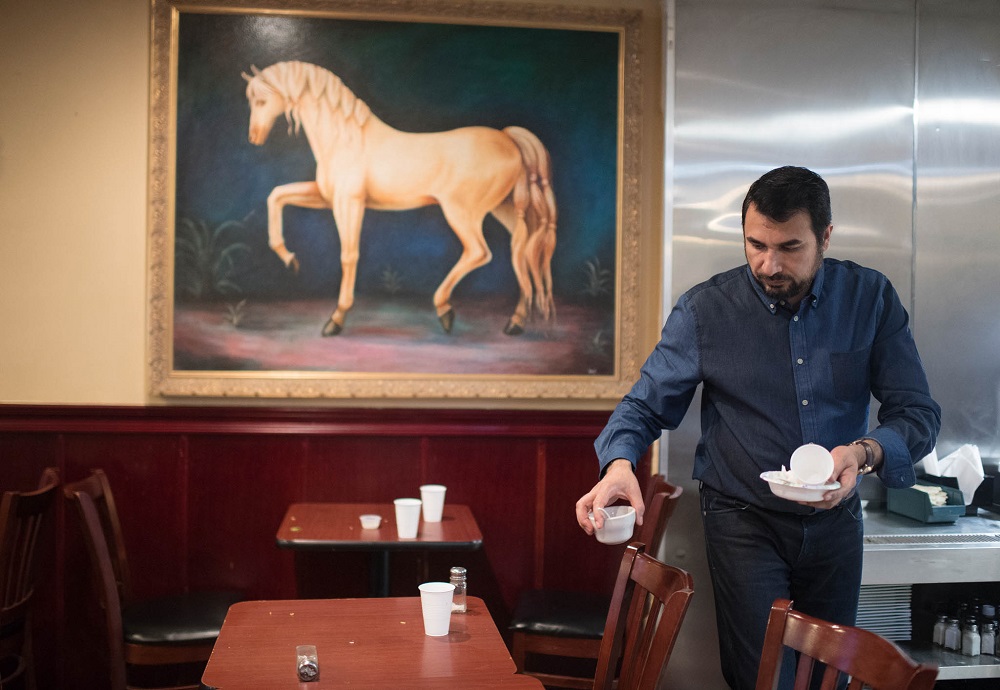 In 1996, he applied for a U.S. visa, received one and moved to Washington. From there, he worked double shifts at a gas station and eventually became a limo driver. Once he saved up enough money, he started his own limousine company. But he remembered what his mother said about giving back. He said to himself: “I hope one day I own a restaurant, and I promise that actually I am going to help.”

To date, after five years, the Sakina Halal Grill has provided more than 80,000 free meals to the needy, averaging around 16,000 meals per year.

During Ramadan, Mannan also hosts iftars for the homeless in a nearby park, Franklin Square. People from all walks of life come together, break bread and converse over the course of the meal. He encourages everyone who attends to fast for the day — if not for religious reasons, then to understand the hunger felt by the homeless and impoverished communities.

Mannan, who became a U.S. citizen in 2004, hopes to set up a foundation that helps other restaurants feed the homeless for free. He wants the Sakina Halal Grill to serve as an example for how anyone can give back to their community, one meal at a time.

“This beautiful country has given me the opportunity as an immigrant who came here with $3,” Mannan explained. “And now I have a successful restaurant. But I wanted to give back — that was the most important thing.”