U.S. researchers’ contributions to the discovery of the hepatitis C virus paved the way for new testing and treatments that have saved millions of lives worldwide. On October 5, two Americans received the 2020 Nobel Prize in Physiology or Medicine for their efforts fighting the disease.

Americans Harvey J. Alter and Charles M. Rice’s efforts to identify the hepatitis C virus allowed for new blood tests and treatments for the disease, which can cause cirrhosis and liver cancer. Rice and Alter share their prize with researcher Michael Houghton, a scientist from the United Kingdom who now works in Canada. 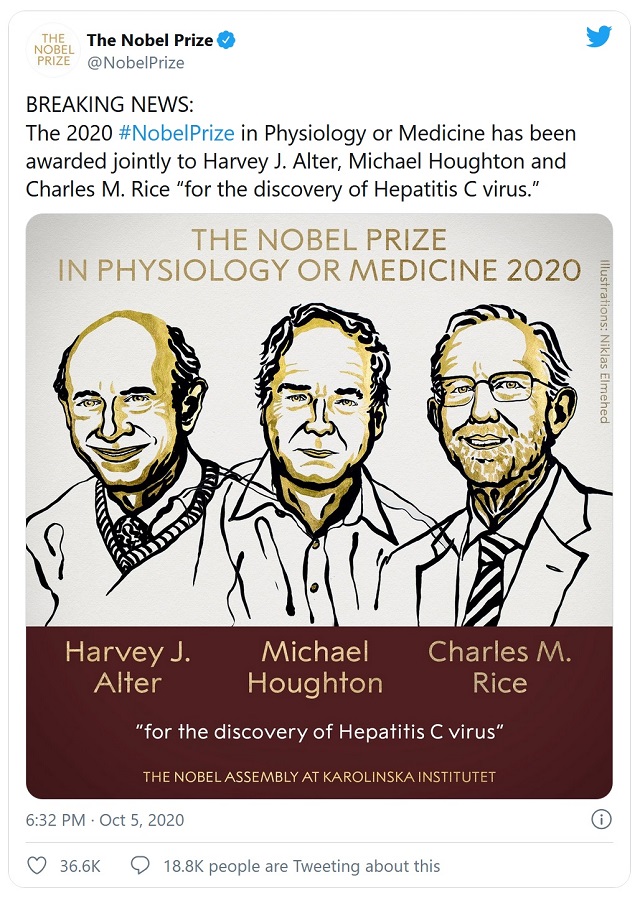 Thanks to their efforts, new blood tests have essentially stopped the spread of the virus through transfusions in many parts of the world, greatly improving global health.

“The Nobel Laureates’ discovery of Hepatitis C virus is a landmark achievement in the ongoing battle against viral diseases,” the Nobel Assembly said. “For the first time in history, the disease can now be cured, raising hopes of eradicating Hepatitis C virus from the world population.”

The researchers’ contributions to combating hepatitis C is emblematic of America’s leadership in medical research and success in fighting diseases. The United States is currently working to deliver a coronavirus vaccine to the world in record time.

First awarded in 1901, Nobel prizes recognize outstanding achievements in physiology or medicine, physics, chemistry, literature and peace. The prize in economic sciences was established in 1968 by Sweden’s central bank, in memory of Alfred Nobel.

This year seven out of the 12 winners are from the United States.

Here are this year’s winners in the six categories:

“For the discovery of Hepatitis C virus”:

“For the discovery that black hole formation is a robust prediction of the general theory of relativity”:

“For the discovery of a supermassive compact object at the centre of our galaxy”:

“For the development of a method for genome editing”: 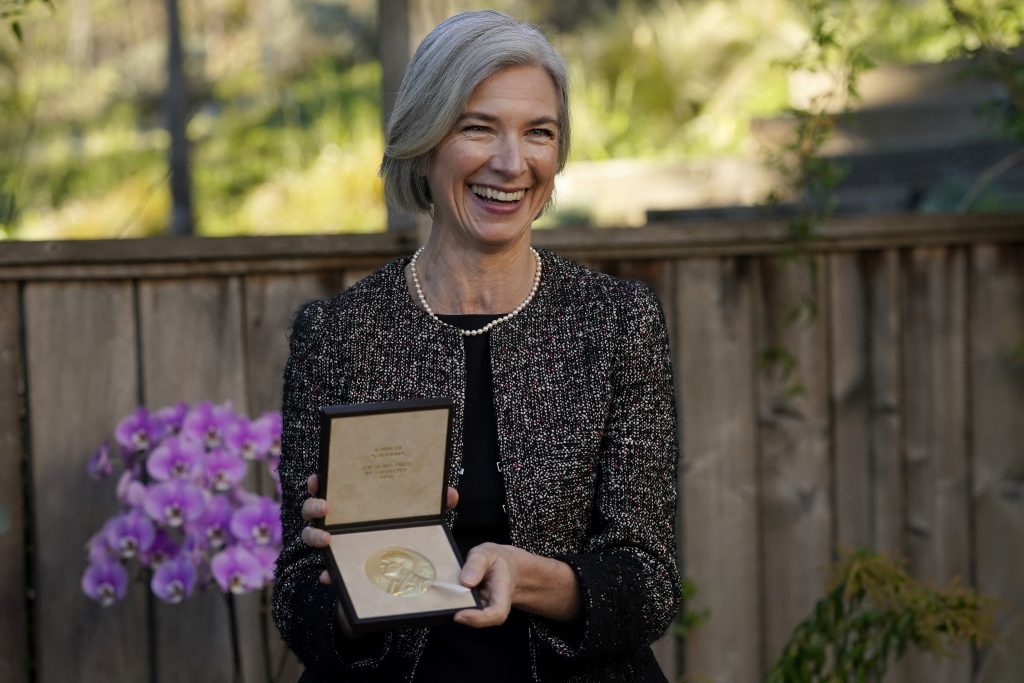 Jennifer A. Doudna was presented with the Nobel Prize in Chemistry at a ceremony in Berkeley, California, on December 8, 2020. (AP Photo/Jeff Chiu, Pool)

“For her unmistakable poetic voice that with austere beauty makes individual existence universal”:

“For its efforts to combat hunger, for its contribution to bettering conditions for peace in conflict-affected areas and for acting as a driving force in efforts to prevent the use of hunger as a weapon of war and conflict”:

“For improvements to auction theory and inventions of new auction formats”: