“Step” Documentary Shows a Brighter Side of Baltimore

Baltimore, about 60 kilometers from Washington, D.C., is home to a vibrant, restored historic seaport, a major manufacturing center, and many colleges and universities, including the prestigious Johns Hopkins University. But for many Americans, the first thing that pops into their heads when they think of Baltimore is that it’s one of the most dangerous cities in the nation. Last year Baltimore had the highest homicide rate of any U.S. city with a population of over 500,000, according to FBI statistics. The city’s notoriously high violent crime rates and its use as the setting for hard-boiled TV crime dramas such as “The Wire” has given it a widespread reputation as a rather grim place to live.

The movie Step paints a more optimistic picture of Baltimore. This feature-length documentary, which won the U.S. Documentary Special Jury Award for Inspirational Filmmaking at the Sundance Film Festival and the Audience Award for Best Feature at the AFI Docs Festival in 2017, focuses on a dance team at an all-girls school in the heart of downtown Baltimore. 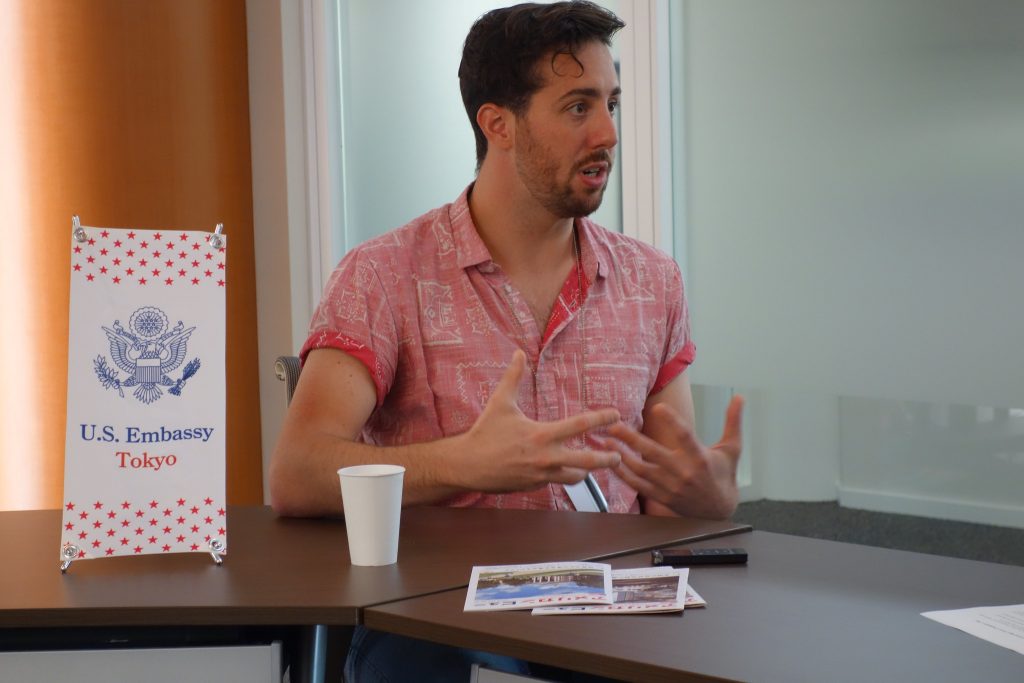 American View sat down with the movie’s director of photography, Casey Regan, in September 2019 to learn about the motivation behind it and the impact it had not only on the local community but on moviegoers far and wide. Regan was visiting Japan on a speaking tour with film screenings, organized by the U.S. Mission to Japan.

Step was directed by Amanda Lipitz, a Baltimore native who has produced a number of Broadway plays and directed short films for nonprofit organizations. Regan said that for Lipitz, “storytelling is all about flipping preconceived notions and stereotypes of cities and people.” By making Step, Lipitz wanted to show that “there’s room for as much triumph as there is hopelessness” in Baltimore, Regan said.

The film was shot in the wake of the death of a young black man named Freddie Gray due to injuries he suffered while in police custody in Baltimore in 2015. The incident led to a series of protests against police brutality; news coverage tended to focus on the protests that turned violent rather than the peaceful ones. “The news media painted Baltimore as a violent, dangerous city tearing itself apart,” Regan said. “Being a Baltimore native herself, Amanda knew she wanted to tell a story that cut through that noise.” 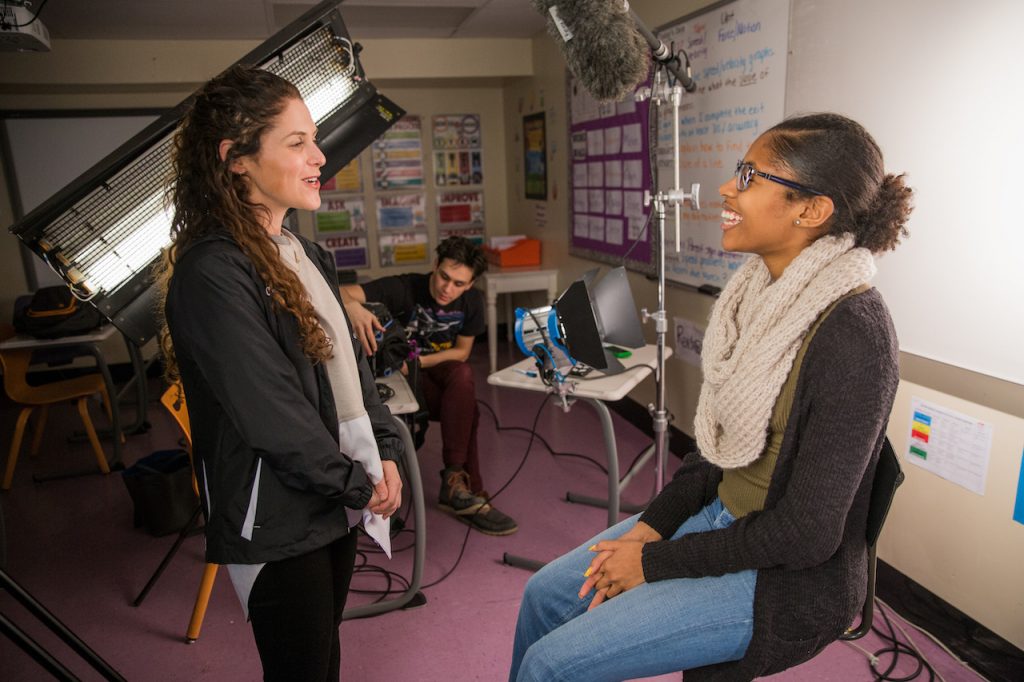 Lipitz has been an active supporter of the Baltimore Leadership School for Young Women since its inception. One of the school’s goals is to ensure that every student in its senior class graduates from high school and is accepted to college. Many of them are the first in their families to do so. The movie traces the lives of several members of the school’s “step” dance team as they pursue their dual dreams of winning a dance championship and going to college.

In step, the entire body is used as an instrument to produce complex rhythms and sounds by stomping, clapping, and calling out words or phrases. Originally developed by African-American fraternities and sororities, the dance form is now practiced worldwide by people of all ages. “Especially among high schoolers,” Regan said, “every routine is about announcing that you’re the best steppers on the block and you are showing how you’ve got skills that no other team has. I definitely noticed that when the girls moved together, whether it was in competition or in practice or even in the school, they held their heads higher. You saw that being on a team like that made them proud.”

During the eight months Regan spent shooting the movie, he came to admire the girls and their community. “They had a savviness to them that I still really respect and kind of envy,” he said. “They all had their individual strengths, but what I really saw was in this little ecosystem within the city of Baltimore that was a school, they lived and died by each other. It’s a sisterhood that hints toward the coming together that is necessary to raise anyone up above what would be otherwise hopeless circumstances.”

While some people think it’s best to avoid engaging emotionally when filming a documentary, Regan disagrees. “If I was in any way successful in making this movie, it was because I was welcomed into their lives,” he said, “because I became a sort of secondary character in the story they were living, so I tried to not be invasive until I knew they trusted me and until I knew that I was welcome in their homes.” Regan explained that it was important for him and Lipitz that the girls felt like they were telling their own story.

Before moving to Baltimore to film the movie, most of what Regan knew about the city was what he had seen on the news. “So I definitely went into Baltimore with a lot of that going around in my head,” he said. “But everywhere there were people living full lives with moments of sadness, despair, hope, and beauty.”

After a screening of Step at a high school in Tokyo, sponsored by the Embassy, some students approached Regan and told him the movie made them realize they had never considered in a meaningful way the real lives of the people who lived in cities that they thought of as “poor” or “scary” places. “I was moved,” Regan said. “If you can give someone a little bit of that perspective, that’s what we’re trying to do here.”

In January 2017, Fox Searchlight Pictures acquired worldwide distribution and remake rights to Step for over $4 million. Lipitz was quoted by Deadline as saying the filmmaking team allowed for proceeds from the sale to go toward scholarships for the girls on the step team as well as “a generous donation to the school so that it can continue to transform Baltimore one young woman at a time.” 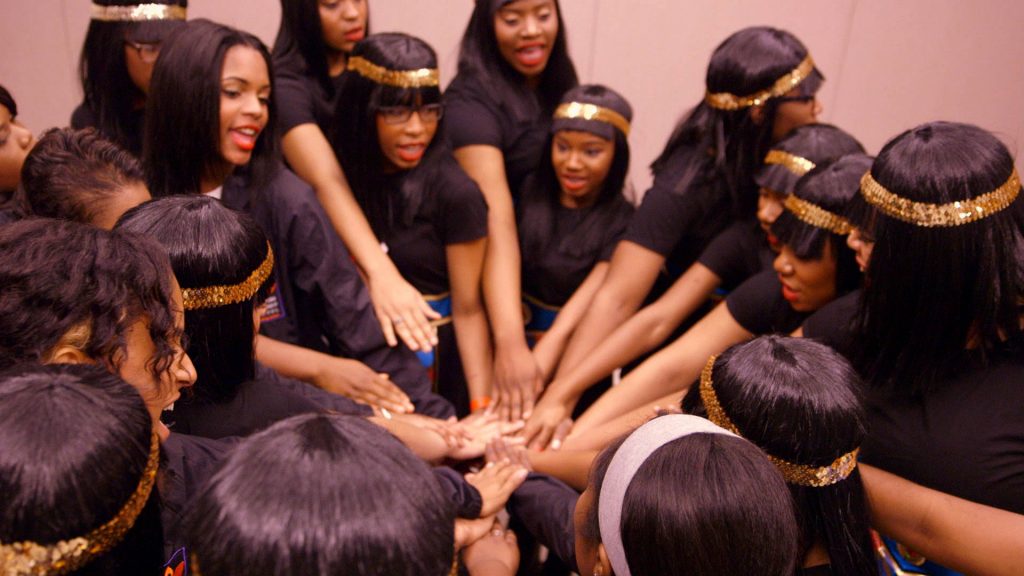 Regan reckons that one of the reasons Step was so successful is that it’s such a joyous movie. “You leave so many documentaries feeling a little heavy laden, and you don’t leave Step that way,” he said. “You leave Step feeling hopeful and joyful. While it’s very necessary to dissect the heavy systemic issues that allow for propagation of brutality and racism and inequality, Step is a great reminder that the actual material lives of the people experiencing that can also be full of joy too. That’s why we need to address those issues, because these aren’t just ideas of people who are affected by this; these are real people.”