It’s the oft-asked question of impatient children going on a vacation. Last year, for 237 million people during the COVID-19 pandemic, “there” referred to one of America’s national parks. The National Park Service, part of the U.S. Department of the Interior, controls 423 national parks and employs 20,000 people, including park rangers, to look after them.

In 2020, an unusual year, these were the five most visited: 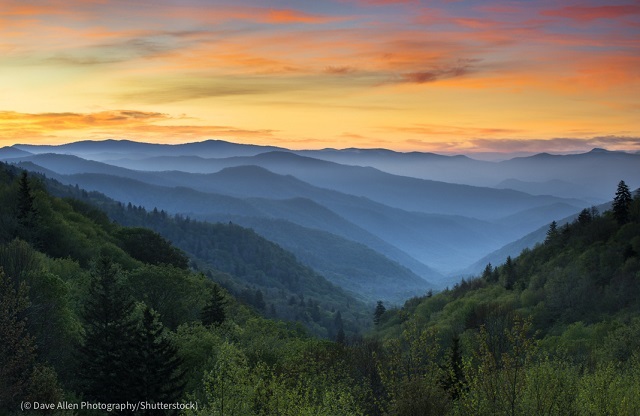 Great Smoky Mountains National Park (above), in the Southern Appalachian Mountains between North Carolina and Tennessee, retained its title as America’s most visited national park, a distinction it’s held since 1944. Last year, 12.1 million visitors took in the park’s unparalleled biodiversity — 19,000 documented species (including the bioluminescent flamed tigersnail) and 2,900 miles of streams. 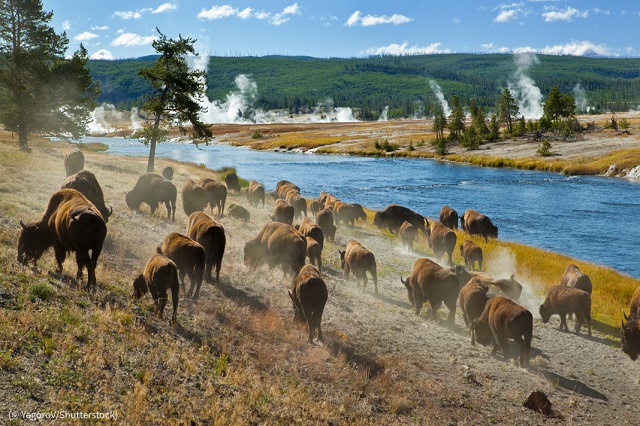 A herd of bison moves quickly along the Firehole River near Midway Geyser Basin in Yellowstone National Park. (© YegoroV/Shutterstock)

There’s something for everyone at Yellowstone National Park, the world’s oldest national park. Established in 1872, Yellowstone spans three states: Idaho, Wyoming and Montana. Last year, 3.8 million visitors came to see the park’s geologic and hydrothermal natural wonders. Yellowstone holds half of the world’s natural geysers and the largest concentration of mammals in the contiguous United States. Fun fact: In 2020, Yellowstone moved from the sixth most-visited national park to the second, a rank not held since 1947. 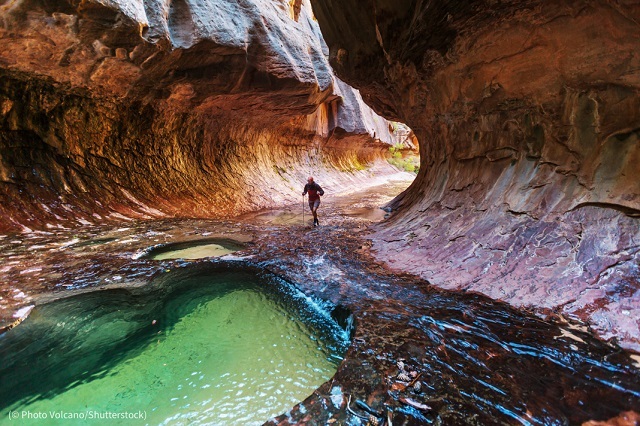 The Narrows in Zion National Park are a popular hiking destination and the narrowest part of the Utah park. (© Photo Volcano/Shutterstock)

Zion National Park in Utah consists of 590 square kilometers of high plateaus, narrow sandstone canyons and the Virgin River and its tributaries. The park’s geologic formations evolved over 250 million years, and it is home to 1,000 plant and 291 bird species. 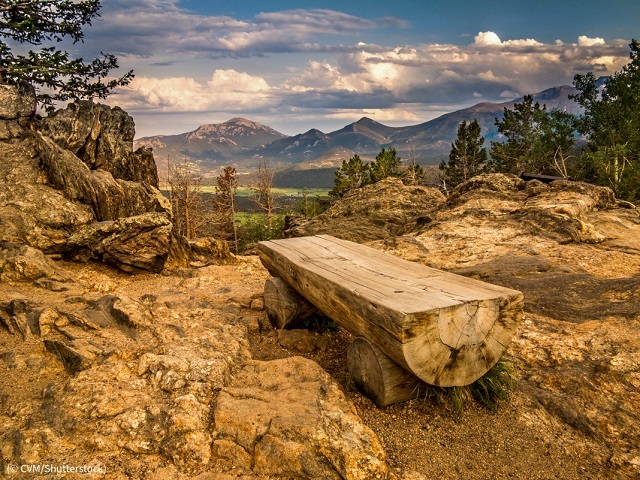 Ranked in fourth place, Rocky Mountain National Park in Colorado attracted 3.3 million visitors. Rocky Mountain boasts some of the highest mountains in the continental United States that are home to everything from tiny diatoms to large herds of elk. Its landscape boasts alpine lakes, forested valleys and a huge selection of plants. 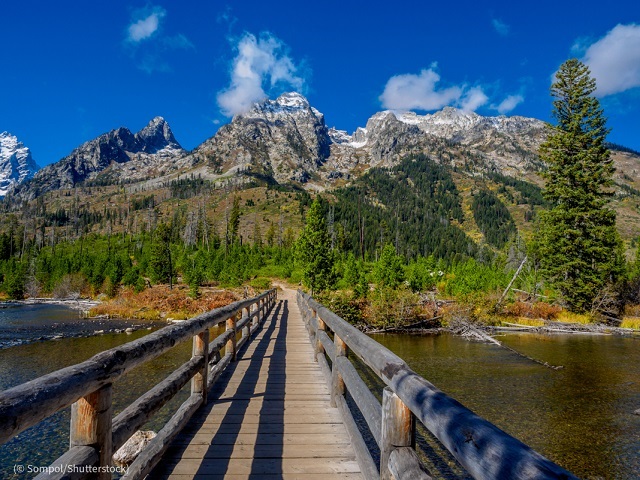 Coming in a close fifth, Grand Teton National Park drew 3.3 million visitors. The mountain range in the northwestern Wyoming park rises more than 2,134 meters above the valley of Jackson Hole and is home to an abundance of wildlife — including grizzly bears, bison and golden eagles — and breathtaking scenery. Its alpine lakes were formed by glacial moraines. Its meadows are dotted with bright wildflowers.

“This past year has reminded us how important national parks and public lands are to overall well-being,” National Park Service Deputy Director Shawn Benge said in a statement. “Throughout the country, national parks provided close-to-home opportunities for people to spend much-needed time outdoors for their physical and psychological health.”

Banner image: In July 2020, visitors to Yellowstone National Park in Wyoming watch an eruption of the geyser called Old Faithful, known for its predictability. (© Dave Stamboulis/Alamy)“