The Biden-Harris Administration Is the Most Diverse Ever

Promoting diversity and inclusion with a government that looks like America is a priority for the Biden-Harris administration — and new data from the White House shows it’s the most diverse government in America’s history.

In their first 100 days in office, President Biden and Vice President Harris assembled a group of nearly 1,500 diverse and highly qualified individuals to serve in the Cabinet and other positions in the executive branch. These public servants represent minority groups across America that have been previously underrepresented at the highest levels of government.

The most senior officials require Senate confirmation by majority vote in order to serve in the president’s Cabinet. 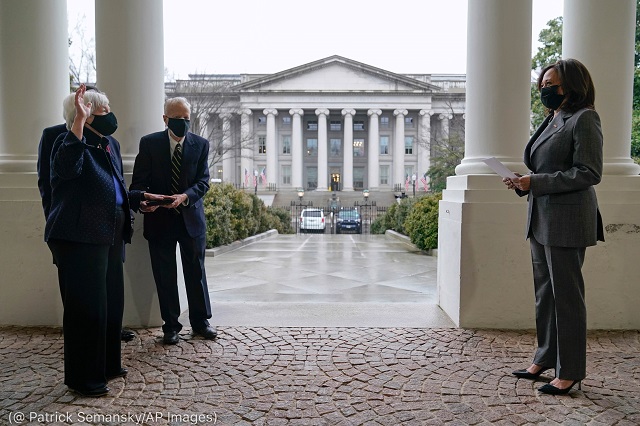 Beyond the Cabinet, presidential appointees serve in key agency positions that do not require Senate confirmation. In line with Biden’s commitment to leveraging the talent, creativity and expertise of the American people and to build an administration that looks like America, more than half of the 1,500 presidential appointees hired to date are women, and half identify as non-white. In this group of appointees:

Across the federal government, Biden has committed to hiring qualified appointees from among historically underrepresented American communities.

Speaking to the press after announcing former Ambassador Gina Abercrombie-Winstanley as the department’s first chief diversity and inclusion officer, Blinken added: “As President Biden has made clear, prioritizing diversity, equity, inclusion, and accessibility is also a national security imperative.”