The President’s State of the Union Speech: Why It Matters

Millions of people around the world are expected to tune in to catch President Trump’s State of the Union address on February 4.

The speech to a joint session of Congress is an opportunity for the president to review the past year’s accomplishments and preview his agenda for the coming year.

But the speech at the U.S. Capitol every January or February also illustrates U.S. democracy in action. It is the only time — other than inaugurations and state funerals — that all branches of the federal government are in the same room. The president represents the executive, members of the House of Representatives and Senate represent the legislative, and Supreme Court justices represent the judiciary.

Most of the president’s trusted department officials and advisers, called the Cabinet, also attend.

President Trump delivered his first speech to a joint session of Congress on February 28, 2017, when he had been in office just over a month. But it was not a formal State of the Union address. On January 30, 2018, in his second address, he declared, “the state of our union is strong because our people are strong.”

Some presidents’ words from State of the Union speeches have become famous. 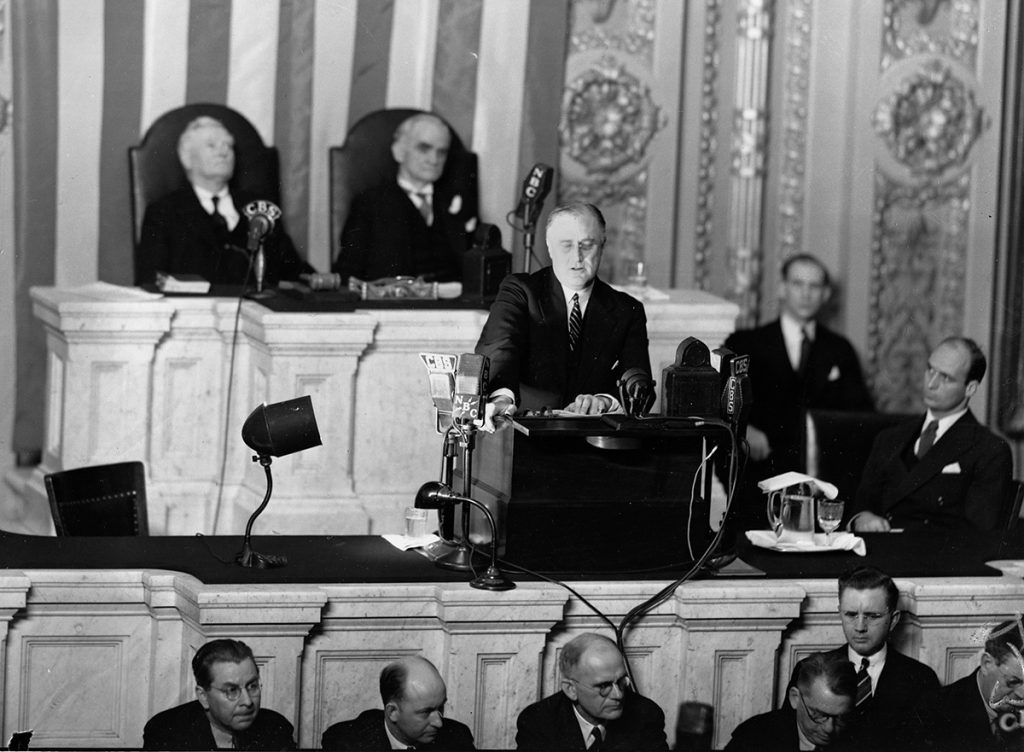 Franklin D. Roosevelt outlined his “Four Freedoms” on January 6, 1941 — freedom of speech, freedom of worship, freedom from want, and freedom from fear — to make the case for more U.S. involvement in World War II.

George W. Bush coined the “axis of evil” phrase during his 2002 State of the Union address, designating Iran, Iraq and North Korea as sponsors of terrorism. 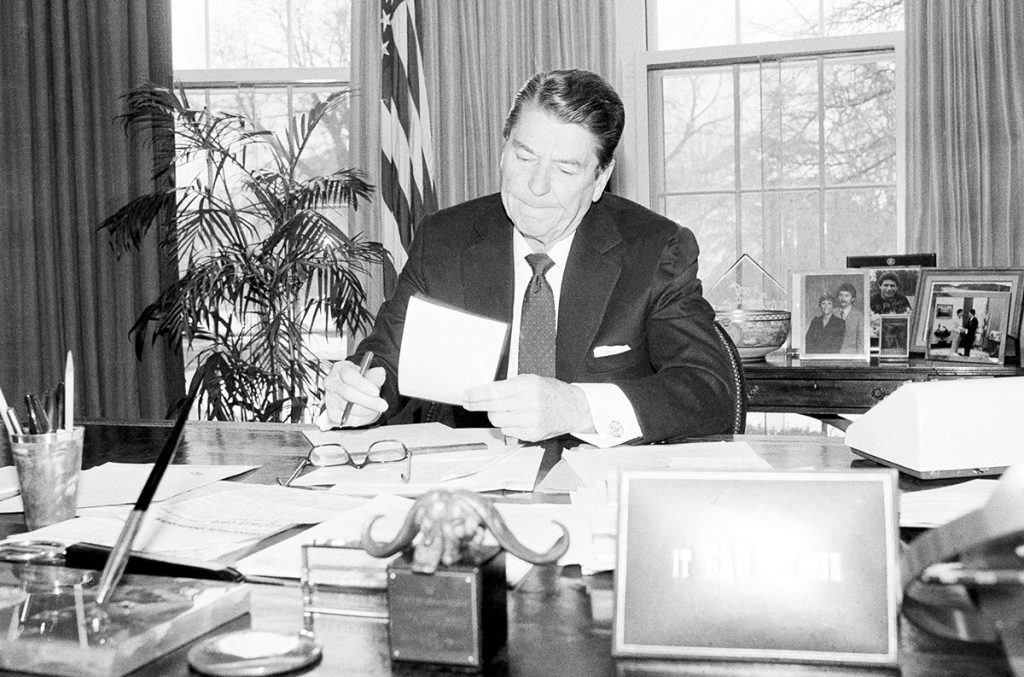 President Ronald Reagan puts the final touches on his State of the Union speech in the Oval Office of the White House. (© AP Images)

And sometimes the speech becomes well known for the invited guests who attend. The administration of President Ronald Reagan started a tradition in 1982 when the first lady invited Lenny Skutnik to sit with her. He had saved a passenger’s life after an Air Florida plane crashed into the Potomac River in Washington.

The address originates in the U.S. Constitution. Article II, Section 3, clause 1 of the U.S. Constitution states that the president “shall from time to time give to the Congress Information of the State of the Union, and recommend to their Consideration such Measures as he shall judge necessary and expedient.” 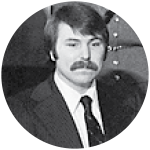 Lenny Skutnik saved a passenger from drowning after an Air Florida plane crashed into the Potomac River.
– guest of Nancy Reagan, 1982 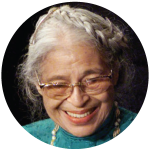 Rosa Parks became a symbol of the civil rights movement when she refused to obey a bus driver’s order to give up her seat to a white passenger in 1955.
– guest of Hillary Clinton, 1999 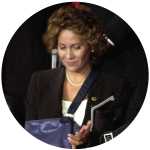 Hermis Moutardier was one of the flight attendants who helped thwart an attempt to detonate a bomb that was packed in a passenger’s shoes.
– guest of Laura Bush, 2002 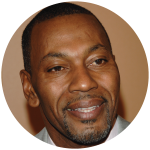 Wesley Autrey, a construction worker, saved a man who had suffered a seizure and fallen onto subway tracks from being struck by a New York train.
– guest of Laura Bush, 2007

Who sits where during a State of the Union speech?

Take a look at where the president will make his remarks and where all the major players in Washington — including the first lady, Supreme Court justices, the Cabinet, and media — will sit to listen to him. 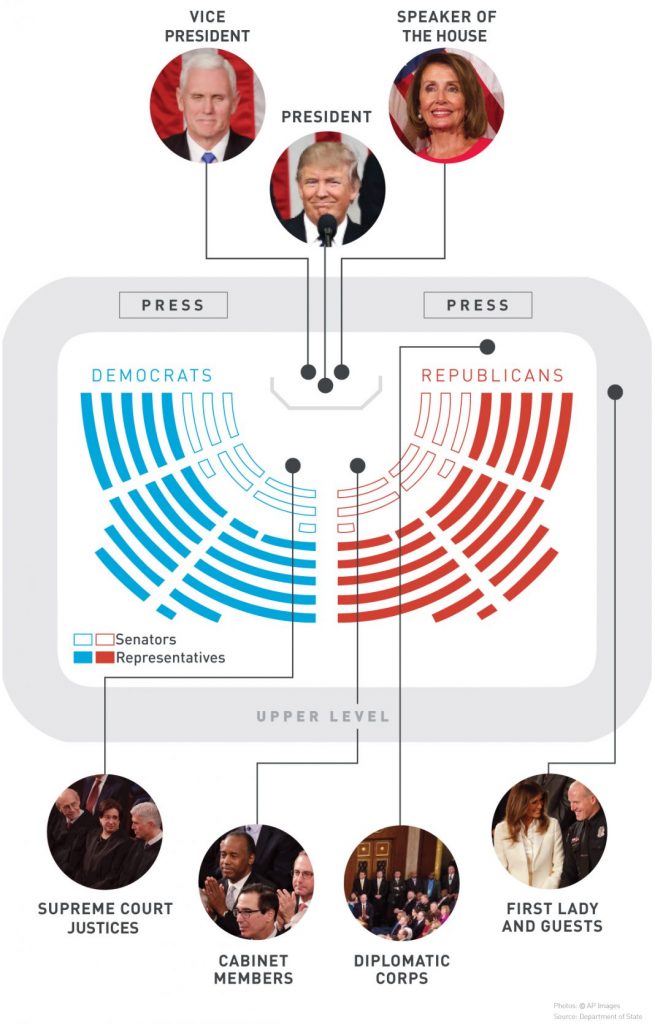