These Things I Will Remember

As my time as Chargé d'Affaires draws to a close July 31, I feel so grateful for the warm welcome I have received all over Japan, and for the privilege to visit so many places and get to know so many fascinating people. I still have a very long list of wonderful places to see in Japan. In my final weeks as Charge d'Affaires, I was fortunate to find the time for a glorious afternoon at the Kawamura Memorial DIC Museum of Art, near Sakura City in Chiba prefecture.

Talking about art in front of Jackson Pollock's "Composition on Green, Black and Tan"

I made the trip to see the fantastic collection of art the Kawamura family and DIC assembled, most especially the seven Mark Rothko paintings that are part of the legendary Seagram Murals. I once had dinner at the Four Seasons restaurant in New York, where the murals were originally going to hang. When the painter changed his mind, the murals ended up in different locations around the world, including the Tate Museum in London, and the Kawamura Memorial DIC Museum. They are hauntingly beautiful, and an important part of art history in the United States. It was very moving for me, as an American diplomat, to see the great care with which the museum is exhibiting these paintings.

The Rothko murals are only one part of an impressive collection of contemporary American art, including works by Roy Lichtenstein, Joseph Cornell, Frank Stella, and many others. How unexpected it might be for someone to come upon such an amazing collection of seminal American contemporary art in the park-like setting of this museum. At the same time, I could contemplate a painting by Ogata Korin, and Meiji Era works as well. Masami Okuma, Director of the museum, and the whole staff could not have been more welcoming. With the Tokyo Summer Olympics and Paralympics approaching, I am reminded how many places I would love Americans and other international visitors to see in Tokyo and all around Japan -- for contemporary art lovers, I hope they will consider coming to the Kawamura Memorial DIC Museum of Art. 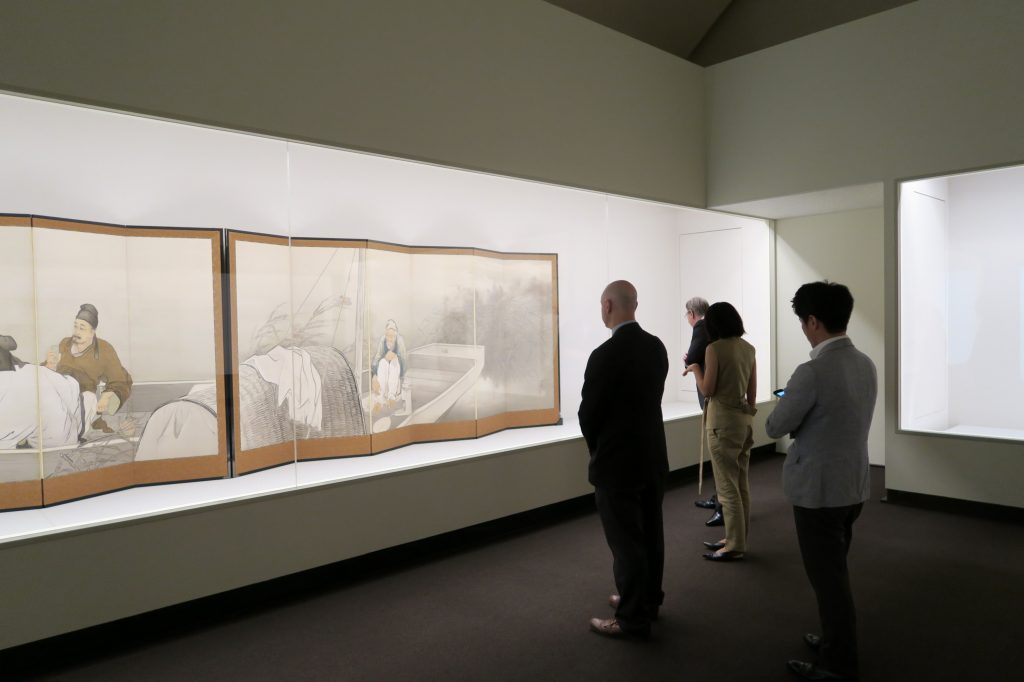 I thought of other treasured encounters in Japan. I visited a very gracious Yayoi Kusama in her studio, and heard from her about her years of creativity in New York and special bond with the artist Georgia O'Keeffe. I went on location at Higashi Honganji in Kyoto for the filming of the epic film "Sekigahara," which depicts the Warring States period I studied at the University of California Berkeley. I met with the master of the amazing "karakuri" puppets, the original robots from centuries ago. I went to the premiere of legendary film director Yoji Yamada"s latest film, "Kazoku wa Tsurai yo" (“It is Hard Being a Family”), and saw very poignant social commentary. I went to the Bridgestone Museum of Art and saw the beautiful work of Japanese artists from the 19th and 20th century, and look forward to the reopening of the museum before the 2020 Olympics and Paralympics. At Meiji University I saw the special art and historical artifacts they maintain. And I heard the classical piano virtuoso Michie Koyama play the moving Prelude and Nocturne for the Left Hand, Opus Nine, by Aleksandr Scriabin. All priceless memories, and this creativity is a daily occurrence in Japan, and the collaborations with Americans, and the rest of the world, are endless. These things I will remember. The close bonds between Americans and Japanese exist all over, in every field, and often in the most unlikely places. I will always be looking for those new stories of how Americans and Japanese complement and support each other in so many ways. It has been an honor to have shared these experiences.