By Sakurai Saki, Intern at the U.S. Consulate in Sapporo

At 2:46 p.m. on March 11, 2011, Miyagi Prefecture was hit by a massive jolt. I was in the fifth grade at the time and getting ready to head home from school. The tremor was different from anything I’d ever experienced. Standing in front of a glass door, I instinctively sensed the danger and rushed to the middle of the school playground. The quake triggered the emergency warning system, and the shaking gradually became so strong that I could no longer remain standing. I had no choice but to crouch down and wait for it to subside. It went on so long that I thought it would last forever. While the aftershocks rolled on and snowflakes fluttered down from the sky, I trembled from fear and cold as I struggled to understand what was happening. Some of my classmates and the younger students started to cry. 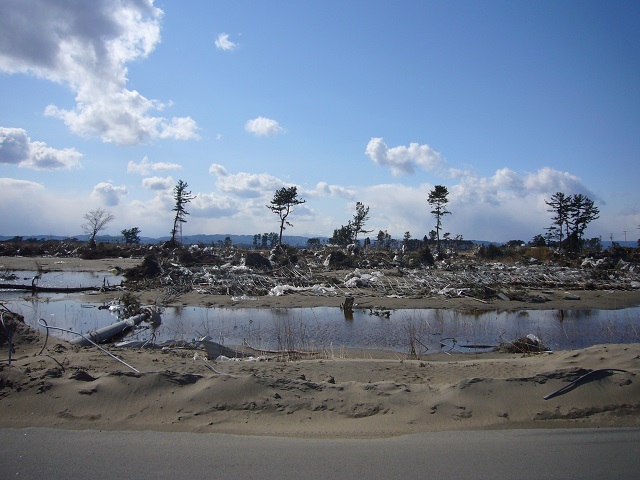 Later, I couldn’t believe what I heard on the radio: A major tsunami warning had been issued for the Pacific Coast of the Tohoku region and they were predicting tsunami waves more than 10 meters high. Since we had no electricity and hardly any information, we used the car navigation system to watch TV. We learned that the authorities were urging people to evacuate and watched live video of the first tsunami engulfing Sendai Airport, near where my grandmother lived in the coastal region. I saw footage of water gushing into places I knew and cars and buildings being washed away one after another. I prayed that my grandmother had evacuated and was fine, but we couldn’t contact her. I was worried about her safety.

Operation Tomodachi was the U.S. military’s operation to assist the disaster-stricken areas and included disaster relief, search and rescue operations, and reconstruction assistance. The activity that had the biggest impression on me was the recovery of Sendai Airport. Although it was expected to take several months, the cooperative efforts of the U.S. military and the Self-Defense Forces (SDF) enabled U.S. military transport aircraft to land at the airport five days after the earthquake. Joe Biden, who is now the president of the United States, visited Sendai Airport when he was vice president in August 2011.

The resumption of operations at Sendai Airport was very significant. As the roads leading to the coastal areas were cut off by rubble, the airport’s recovery indicated the restoration of a strategic hub for transporting supplies and personnel. Heavy equipment could then be brought in, and progress was made on search and rescue activities, debris removal, and food distribution.

When I saw on the news that Sendai Airport was operational again, it felt like a ray of hope. I thought we might be able to locate my grandmother, who was still missing.

Her body was found after operations at Sendai Airport were restored. I was very happy that we were able to bring her home and bid her a proper farewell at a time when so many other people were still missing.

I visited the site of my grandmother’s house after her body was found. There was so much rubble piled up there that it was barely recognizable. Nevertheless, the street had been cleared enough for cars to pass through, so I could tell a lot of work had already been done. I sensed the massive scale of the damage caused by the disaster when I saw the site firsthand and was filled with gratitude for the people involved in the rescue efforts. 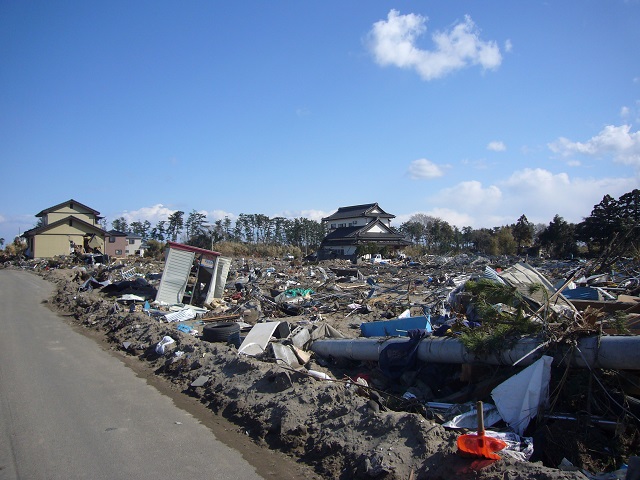 After the earthquake, the network of support for the disaster-stricken areas grew. I interviewed Suzuki Takeno, a Japanese American who lives in Miyagi, about her experiences during the earthquake and the subsequent reconstruction efforts. Takeno had been working for the Miyagi Prefectural Government before the earthquake and currently works as a coordinator of international relations.

Takeno was working on the 13th floor of the prefectural office when the earthquake struck. Immediately after the quake, she was primarily concerned about the safety of her family. After things had calmed down a little, she contacted members of the Japan Exchange and Teaching Programme (JET) so they could provide each other with support. Everyone was alarmed by the unprecedented scale of the disaster. Takeno said it was comforting just to be able to talk to people she knew in such a situation.

Takeno had the opportunity to visit Sendai Airport for her work related to the search for missing persons and saw Operation Tomodachi in action with her own eyes. She said she was proud to see the military of her home country working in partnership with the Self-Defense Forces. 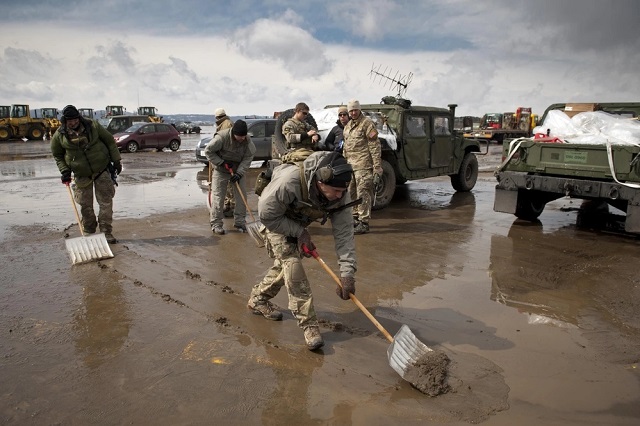 Members of the 320th Special Tactics Squadron shovel mud off the main apron at Sendai Airport on March 16, 2011. (Department of Defense)

In addition, Takeno received offers of support from many Americans, including those in Delaware, Miyagi’s sister state. She said their expressions of support were very encouraging. People in the disaster-stricken areas, including herself, were happy not only to receive material support but also to be told, “We are with Tohoku,” she said.

Later, Takeno traveled to the United States with a delegation of prefectural officials and was able to express her appreciation to the Americans for their support. Many Americans said to them: “Can we still help?” “We're so glad you’re all safe,” “We are always thinking about you guys.” Takeno said those encounters gave her hope, courage, and the energy to move forward.

I also asked Takeno how she feels now that 11 years have passed since the earthquake. “It brings me joy to be able to share with everyone in the United States how their support has helped us with the recovery, and what a wonderful region Miyagi is,” she said. “I am so proud to see how our country swiftly came to Japan’s aid and so grateful to my fellow Americans for their support. I hope that as an American living in Miyagi, I can do my best to contribute to the continued friendship we have built over the years between the United States and Miyagi.” 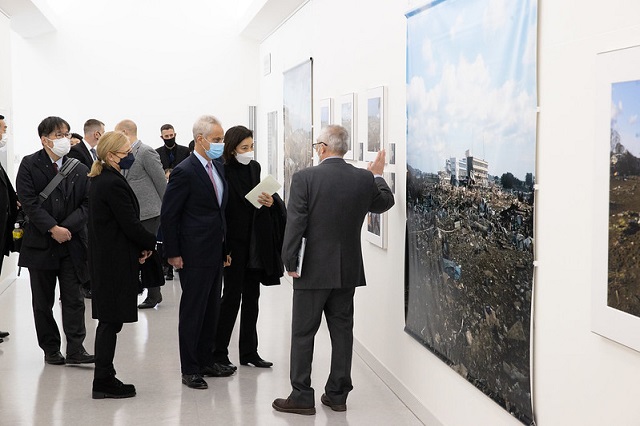 Even though the damage caused by the disaster is still visible along the Pacific coast of the Tohoku region, the reconstruction is proceeding smoothly. People like me from the disaster-stricken areas want to convey our appreciation to the people who supported us. A disaster of this scale is not easy to forget, nor should it be. Efforts are being made in the affected areas to pass down the memories and lessons learned from the disaster to future generations.

In March 2021, the Ruins of the Great East Japan Earthquake Kesennuma City Memorial Museum opened in Miyagi Prefecture. The museum is a place to think and learn about the disaster. It provides education on disaster prevention based on what we learned through our experiences. On March 10, U.S. Ambassador to Japan Rahm Emanuel visited the Tohoku region and heard about the exhibits from the museum staff. The Ambassador then visited Kesennuma Reconstruction Memorial Park and offered flowers there.

The network of support created as a result of the disaster is still alive and adapting to the changing situation. I hope the deep bonds between Japan and the United States will last long into the future.

Banner image: Maj. Gen. Peter J. Talleri says goodbye to children as he exits Oshima Elementary during a visit on Jan. 12, 2012. Nearly 30 U.S. Marines visited the Sendai Airport and Oshima Island to meet with their Japanese counterparts and review community recovery progress since the earthquake. (Department of Defense)