The word tomodachi means friend, but how does the TOMODACHI Initiative embody the spirit of that word? What started as a joint military operation between the United States and Japan, offering aid and assistance in the aftermath of the Great East Japan Earthquake of March 11, 2011, became more in the following months and years. Much, much more.

That is no small statement, as the joint military operation known as Operation Tomodachi left its mark on hundreds of thousands in the Tohoku region. To this day, stories are told in Tohoku about the “big men in helmets” and “the women whose smiles made me cry.” This operation, when completed, left big shoes to fill. The TOMODACHI Initiative would put on those shoes and run. This process—this movement—has been both a sprint and a marathon. 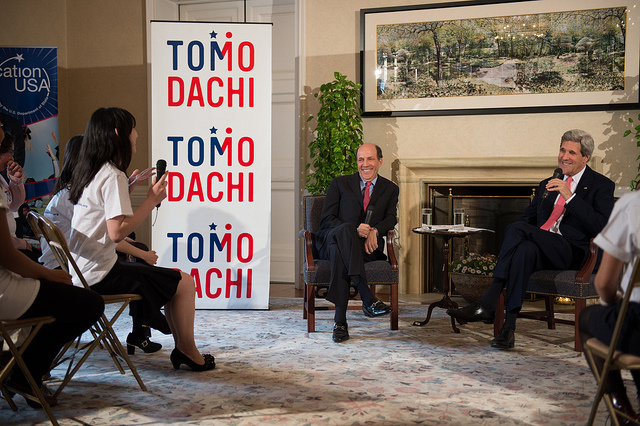 In the spring of 2011, then-U.S. Ambassador John Roos visited cities and towns devastated by the tsunami in the Tohoku region. The catalyst for the TOMODACHI Initiative was his visit to Rikuzentakata to meet Mayor Futoshi Toba. Ambassador Roos asked Mayor Toba two questions: “What do you need?” and “What can my country do for you?”

“This just isn’t done,” Mayor Toba said. “It was amazing. Foreign dignitaries just don’t show up asking these types of questions. Japanese politicians are usually too polite to be specific. I wasn’t. As it turns out, it was good I wasn’t. This was at a time where people were devastated and distraught. Family members missing, thousands in my city dead, homes and schools and shops destroyed. These were some of the worst days. So, I asked for what I thought we all needed. I asked for a reason to have hope.”

Ultimately the TOMODACHI Initiative became a public-private partnership between the U.S.-Japan Council and the U.S. Embassy in Tokyo with support from the Government of Japan. But the origin of the TOMODACHI Initiative was one man’s question to another, looking past politics and recognizing the humanity of their situation. One asked what needed to be done, the other answered honestly, ultimately launching a monumental international movement.

Their forthrightness inspired people throughout all levels of government and business and beyond. Schools, foundations, and ordinary groups of people held fundraisers. CEOs—the men and women who run your banks, sell the clothes you wear and food you eat, design the products you use every day, manage the airlines you fly on, and make the cars you drive—stepped up and personally invested time and money for no other reason than it was the right thing to do. The TOMODACHI Initiative encapsulates a moment in the history of the United States and Japan where two nations, two societies with entirely different ways of life, set aside all pretense and came together to help communities that lost everything. 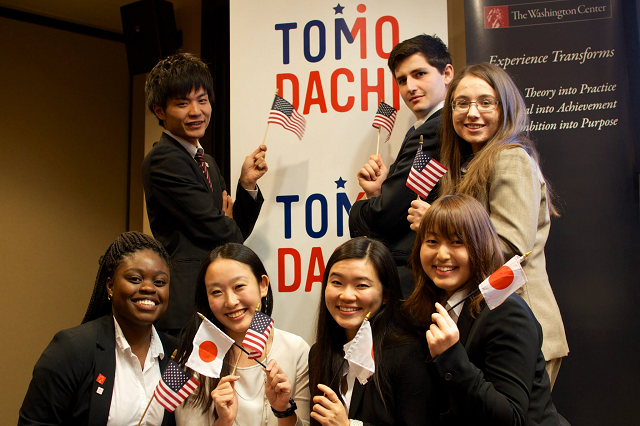 Since its inception, over 9,000 Japanese and American youth have participated in the over 300 programs offered by the TOMODACHI Initiative. Bonds have been established, enduring friendships made, lasting connections forged - all leading to a new generation of culturally savvy Japanese and American youth. Theirs is a new way of thinking that no class can teach, but instead can only be gained through a program rich with energy, drive, and grit. Laughter, reflection, and tears (especially during farewells) are all a part of being a member of the TOMODACHI Generation. 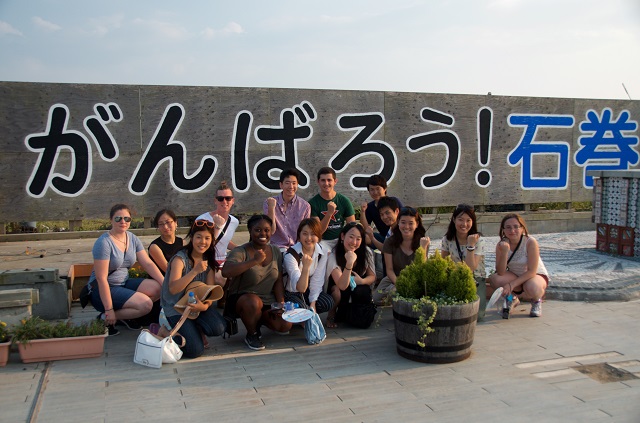 In recent years, TOMODACHI has expanded the targeted demographic beyond Tohoku youth. The goal is to bring in a wide range of people from the United States and Japan—middle school students through young professionals—with the aim of forging a new generation of culturally competent leaders who understand the meaning of giving and giving back.

Perhaps someday a TOMODACHI alumnus will write a book highlighting the variety of experiences of the thousands of participants over the past ten years, such as the time when a group of Tohoku high school students visited the U.S. Embassy in Tokyo to meet the Ambassador. They sat in a circle in a conference room and  shared their stories. Upon hearing the Ambassador say, “It’s okay for boys to cry,” one by one, 17-year-old boys burst into tears. Just like that, pent-up pain and sorrow were released. Or the time when a Japanese high school student who lost his mother in the disaster participated in a homestay program, and to this day calls his homestay mother “mom.”

As one young woman from Iwate Prefecture stated so well, the TOMODACHI Initiative is about “people living life helping, supporting, and caring for each other.” 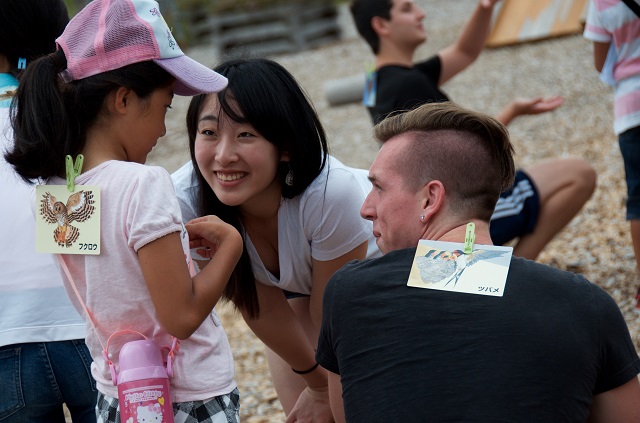 Young Americans and Japanese interact during a TOMODACHI program. (Photo courtesy of the TOMODACHI Initiative)

Ambassador Roos came back to Tokyo after his trip to the disaster region in early 2011 with a request for hope. For something a generation of young Japanese girls and boys, men and women could look forward to. There was no precedent. No template. No manual. It just needed doing. Perhaps that, more than anything personifies the TOMODACHI spirit. Getting it done. For that, we need each other.

Kenyuu Shimizu, a TOMODACHI alum, says it best: “I feel the TOMODACHI Generation can help revive Japan. So let’s just do it.”

Amya Miller was born and raised in Japan and returned to Japan in late March 2011 to volunteer in the aftermath of the Tohoku disaster.  She worked as the Director of Global Public Relations, Special Adviser and Principal Consultant for the City of Rikuzentakata for nine years.  She currently resides in Portland, Oregon.