The United States and Japan made progress on a trade deal that, once finalized, will bolster the economies of both nations.

President Trump and Prime Minister Shinzō Abe announced the deal on September 25 on the sidelines of the U.N. General Assembly session. The deal covers the trade of certain agricultural and industrial products and establishes high standards in digital trade between the two countries. 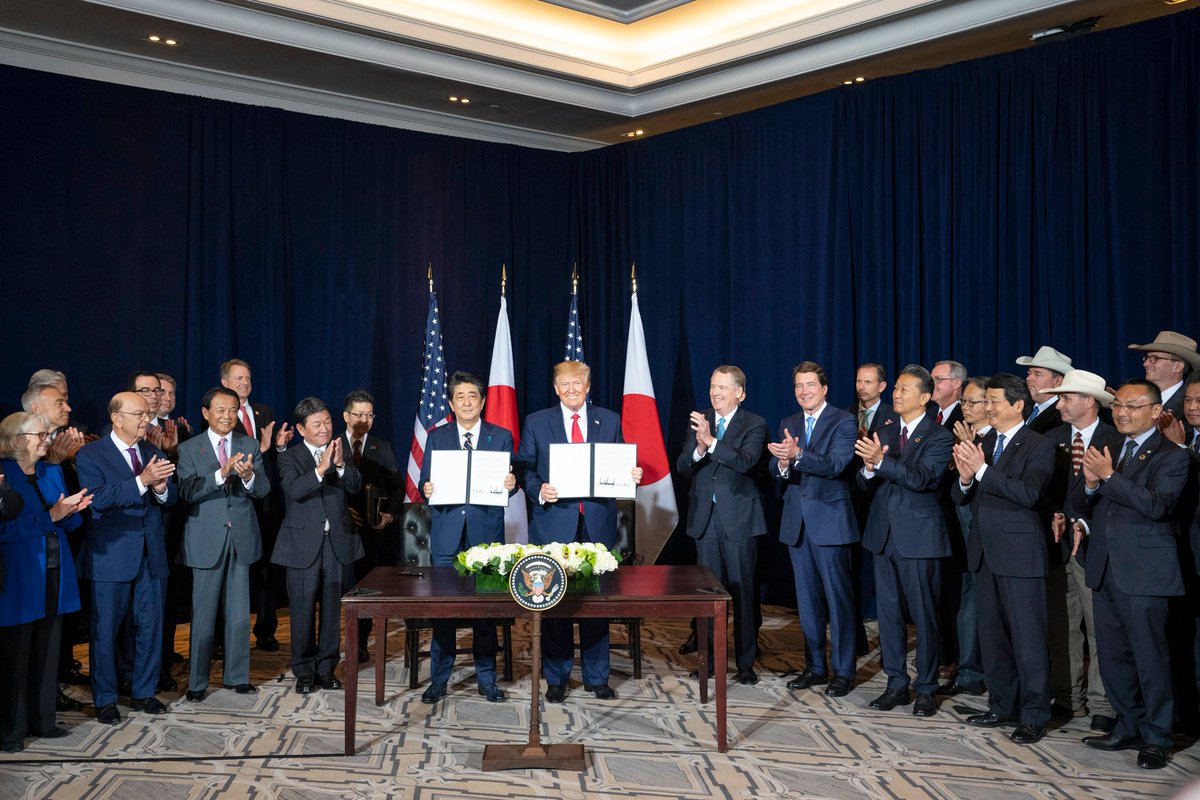 The U.S. is the world’s largest economy, and Japan is the third-largest. Together the two countries account for 30 percent of the global economy.

Trump described the agreement as a “tremendous trade deal.” It will lower or eliminate Japanese tariffs on U.S. agricultural goods, including beef, pork, wheat, barley, almonds, wine and cheese.

The high-standard digital trade agreement ensures equal treatment of digital products, including no tariffs on items transmitted electronically, such as videos, music, e-books, software and games.

In a joint statement, the two countries said the deal is expected to go into effect “in the very near future” and is “tangible evidence of the strength of the relationship between our two nations.”