Every four years, the world tunes in as the best athletes on earth compete at the Summer Olympics. While the wait this time was five years (because of the COVID-19 pandemic), American athletes are ready.

Twenty-two-year-old JuVaughn Harrison, shown above at the U.S. Olympic Track and Field Trials, will be the first American man since Jim Thorpe in 1912 to compete in both the long jump and high jump at the same Olympic Games. Here are other Americans to watch as they compete in Tokyo, whether in marquee events such as gymnastics and swimming or new events such as surfing, skateboarding and sport climbing: 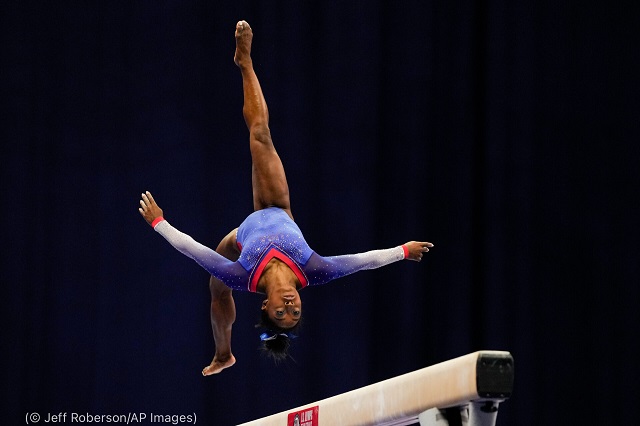 The most decorated gymnast in history, Biles, 24, is a four-time Olympic gold medalist with a strong chance of adding to her medal collection in Tokyo. Her latest skill, a Yurchenko double pike, is a type of vault so difficult and dangerous that no other woman has attempted it.

Outside the arena, Biles, from Texas, has volunteered at a food distribution center to help hurricane victims and regularly speaks out on social justice issues such as gender inequality, racism and abuse of female gymnasts. A former foster child, she has described her experiences with foster care prior to being adopted by her grandparents, and she recently announced a scholarship to support foster children attending the nonprofit online University of the People. 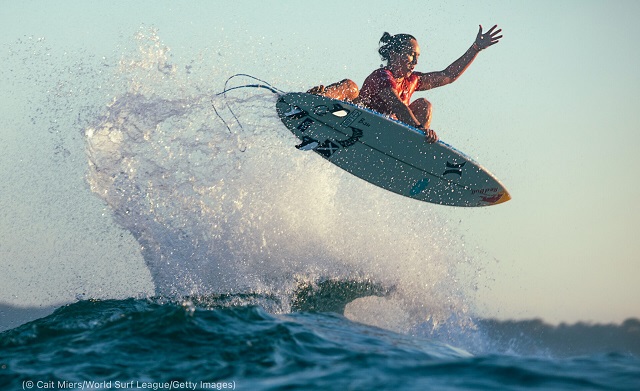 A four-time world champion surfer from Honolulu, Hawaii, Carissa Moore, 28, was inducted into the Surfers’ Hall of Fame in 2014. Taught to surf at age 5 by her father, Moore racked up 11 national titles as an amateur before turning professional in 2010. She was also a star student at Punahou High School (the same school former President Barack Obama attended), where she met her husband.

Moore speaks out about environmental and health issues. She spends much of her free time mentoring through the Moore Aloha program, which she and her father established to help girls and young women develop strong self-esteem. 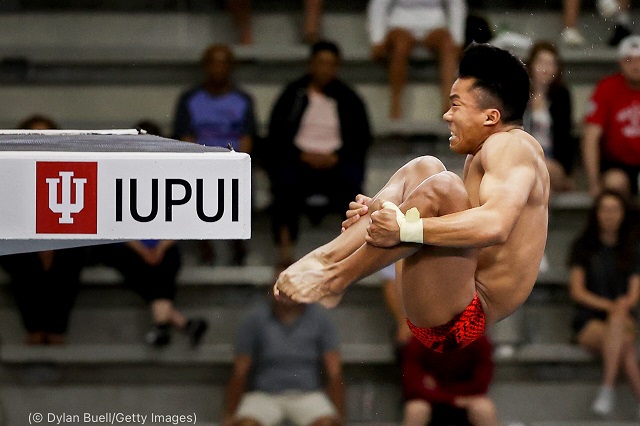 Jordan Windle, 22, born in Sihanoukville, Cambodia, lost his parents when he was a year old and was placed in an orphanage in Phnom Penh. The following year, he was adopted by American Jerry Windle, who raised him in Florida. At age 7, Jordan attended a summer camp where a professional coach noticed his diving ability. Two years later, the boy won his first national title, earning the nickname “Little Louganis” (in reference to four-time Olympic diving champion Greg Louganis). Windle won many more titles and, at the University of Texas, became a two-time NCAA champion.

In 2021, after two earlier unsuccessful attempts, Windle earned a spot on the U.S. Olympic team. While he is not pegged as a likely medalist, he has many admirers in the U.S. and Cambodia, especially after his 2016 diving exhibition there for the orphans of Phnom Penh. 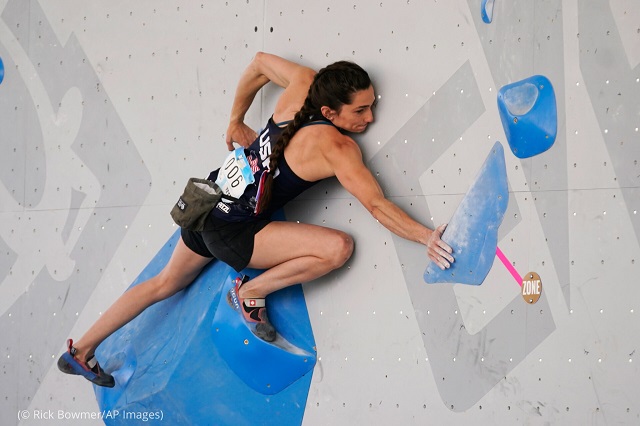 At 11, Kyra Condie joined a climbing team in St. Paul, Minnesota, but persistent back pain led her to a doctor’s office, where an X-ray revealed severe scoliosis. Surgery corrected the problem, adding about 7.5 centimeters to her height. But doctors warned her that climbing was no longer in her future. She proved them wrong within months. In 2019, Condie moved to Salt Lake City to work with coaches at USA Climbing, becoming one of the world’s best sport climbers and, later, one of the first American women to qualify for the Tokyo Olympics.

Condie has joined refugee women to climb natural formations as part of the Olympic Channel’s Inspired by Sport series. She remains involved with the series’ organizers and hopes to run similar clinics in the future. 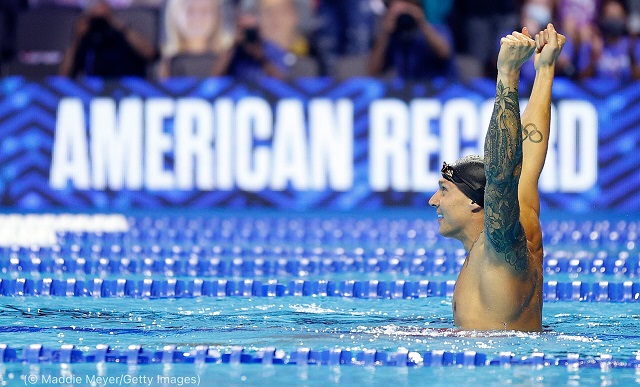 Dressel says he is obsessed with improving and he tells young children whom he teaches that it is a successful day if they all learn something from each other. “In swimming,” he told FINA Aquatics World magazine, “there could be something an 8-year-old is doing better than me. I truly believe that.”

Professional skateboarder Nyjah Huston, 26, is a five-time world champion in his sport and the highest-paid skateboarder in the world. Often described as “the LeBron James of skateboarding,” Huston — who constantly devises new skating tricks — says that rails and stairs are his favorite places to skate.

Although he was born in Davis, California, Huston spent part of his childhood in Puerto Rico, where access to running water wasn’t always available. So in 2009, he co-founded (with his mother, Kelle) a nonprofit called the Let It Flow Foundation, which helps bring safe, sustainable water to vulnerable communities. With help from other skateboarding luminaries — including Tony Hawk — Huston’s foundation built and repaired water systems in rural villages in Ethiopia — the first was in the village of Debra Brehan in 2015 — and Haiti. 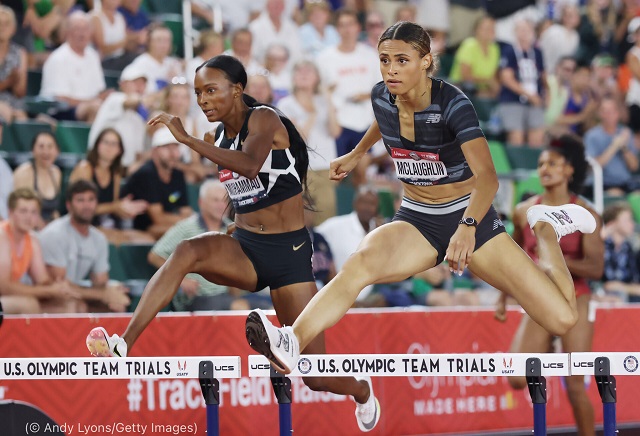 Track and field athletes Dalilah Muhammad, 31, and Sydney McLaughlin, 21, are the top two contenders for the 400-meter hurdles title at the Tokyo Games. Muhammad, a New Yorker, won the gold medal at the 2019 World Championships, setting the former world record with a time of 52.16 seconds. Plus, she’s a gold medalist from the 2016 Rio Olympics. McLaughlin, from New Jersey, is the current world record holder with a time of 51.90 seconds, set on June 27 at the trials for the Tokyo Games.

Muhammad experienced a bout with COVID-19 in February, but regained her form in time for the Olympic trials. She has said she is thinking about her post-competition career, while McLaughlin is running hurdles as the youngest U.S. Olympian to compete in track and field since 1972. 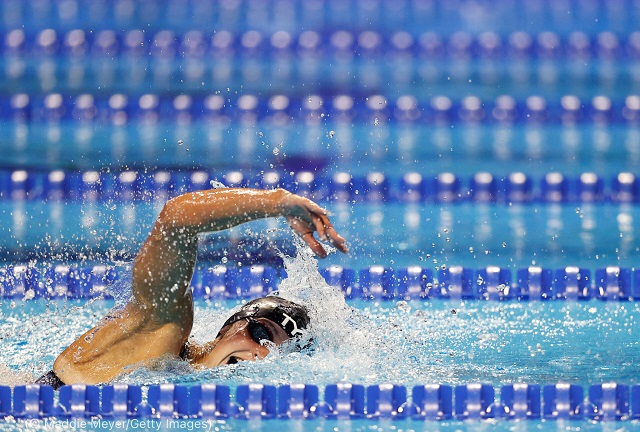 Katie Ledecky, 24, has won five Olympic gold medals and 15 world championship gold medals, the most ever for a female swimmer. She has broken 14 world records (many in freestyle events of varied distances). Ledecky graduated from Stanford University in June with a bachelor’s degree in psychology. In Tokyo, she’ll have a chance to clinch five gold medals (four in individual events, and another in the 4×200-meter freestyle relay).

A native of Bethesda, Maryland, she is described by her former Olympics teammate Phelps as “the greatest female swimmer of our time.”

She herself cites swimmers like 15-year-old Katie Grimes — a newly minted Olympian — as “the future” of women’s swimming. Ledecky devotes much of her free time to charitable work, supporting Catholic Charities, Shepherd’s Table, Bikes for the World and the Wounded Warriors Project at Walter Reed Bethesda Navy Medical Center. 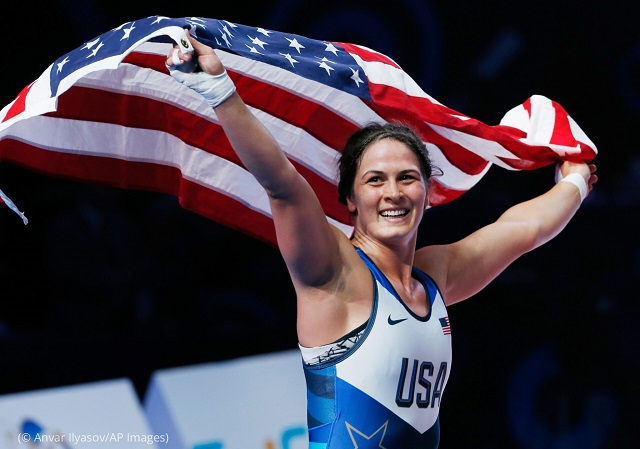 Adeline Maria Gray, 30, is a 2016 Olympian and the first American wrestler — male or female — to win five world championship titles. Encouraged by her father, she began wrestling at age 6, and while the sport has shaped her life ever since, she’s decided that the Tokyo Olympics will be her final competition. Then, she’ll head home to Colorado, where she lives with her husband, a U.S. Army Ranger.

Gray, who grew up wrestling against boys, was thrilled when women’s wrestling was introduced as an Olympic sport. “This Olympic inclusion for women’s combat sports changed the way women were talked about in sports, and showed they didn’t have to be boxed into playing more feminine sports,” she told NBC. In May, she won all four of her contests at the Pan American Wrestling Championships in Guatemala City, an auspicious run-up to Tokyo. She says she loves “the happy energy that the women from Japan bring to training and our friendships off the mat.”