U.S. charities are donating millions to stop the spread of COVID-19, funding research into new therapies and helping cities in the United States and around the world improve detection and treatment.

The Bill & Melinda Gates Foundation recently committed up to $100 million to fight COVID-19. The funding supports the foundation’s partnership with other charities, which recently slated $20 million for clinical trials to determine whether two common anti-malarial drugs may prevent COVID-19.

“Multilateral organizations, national governments, the private sector and philanthropies must work together to slow the pace of the outbreak,” foundation chief executive Mark Suzman said in a February 5 statement. 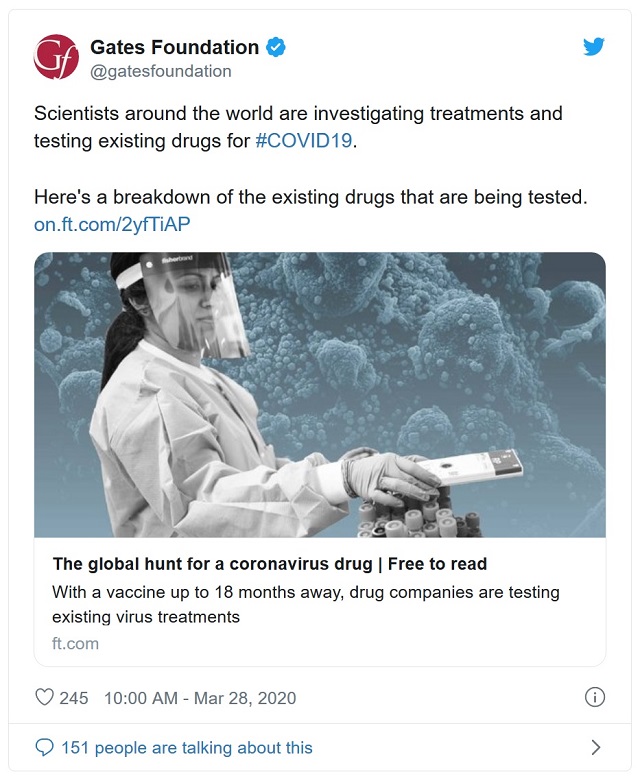 Bloomberg March 17 announced $40 million toward a global initiative that will support detection and prevention of COVID-19 in lower-income nations in Africa and other regions. The funding will train health care workers and develop lab networks.

“We need to slow transmission of the virus and minimize the impact of the outbreak in all countries,” Bloomberg said in a March 17 statement.

These and other charities are part of a “whole-of-America approach” to fighting COVID-19 — an approach that includes billions in emergency government spending and a mobilization of corporations and small businesses that have shifted production to support the response.

While major foundations work in the United States and abroad, other groups, including regional and local charities, target assistance toward people who are most at risk. 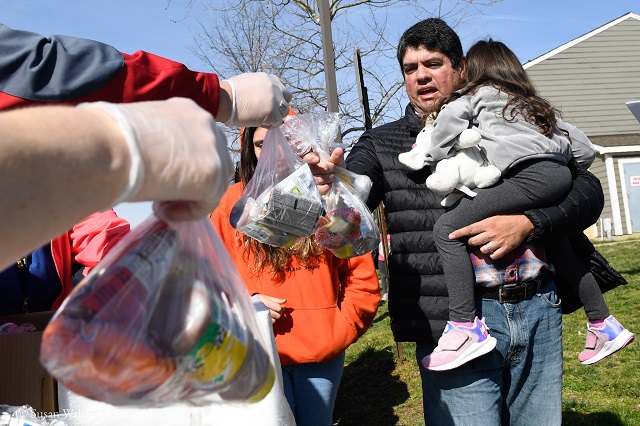 On March 19, the No Kid Hungry Campaign announced $5 million toward nationwide efforts to feed disadvantaged children who are not able to attend school, where they would normally receive one or more meals per day.

The California Foundation has announced $5 million in grants to support local health organizations that serve farmworkers and the homeless. And in Ohio, CareSource and The FoodBank Inc. say they are providing more than 50,000 meals for low-income seniors who must stay at home.

Meanwhile, United Way chapters and community foundations across America have announced millions of dollars to support those who are sick or out of work as a result of the pandemic. 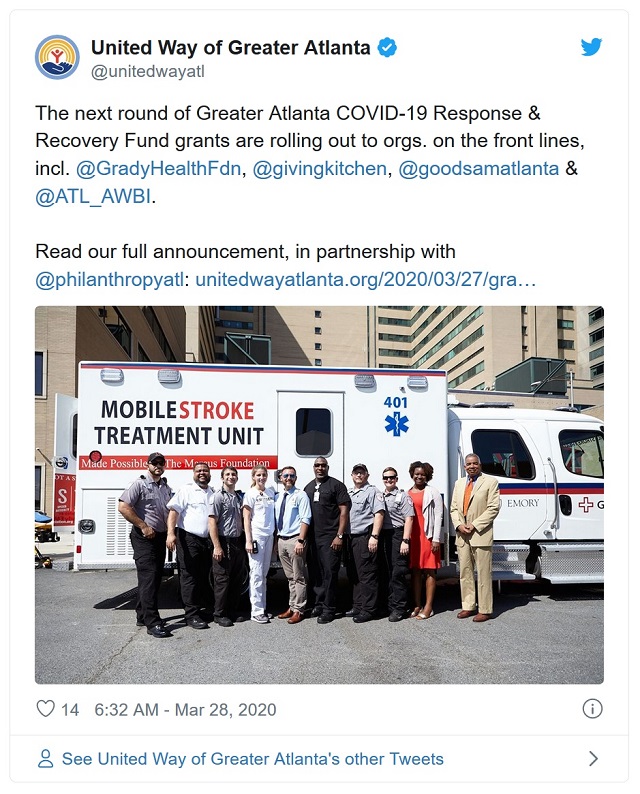 “With children out of school, businesses temporarily closing, performances shuttered and workers being laid off, there has never been a time where community support and financial resources have been more badly needed,” United Way of Greater Atlanta and the Community Foundation for Greater Atlanta said in a March 17 statement.