As the effects of the new coronavirus have hurt retail spending, economists are closely watching the behavior of the U.S. consumer.

After all, the consumer has helped move the U.S. economy out of past downturns and has boosted economies in other parts of the world too. “The rest of the world is absolutely rooting for the U.S. consumer and for this crisis to go away, because we are an interdependent economy,” says Mark Mathews, an analyst for the National Retail Federation, the world’s largest retail trade association. 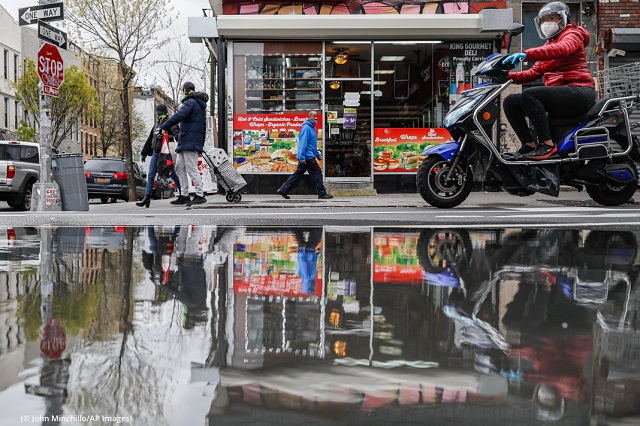 Pedestrians and a motorbike rider wear masks near a small Brooklyn deli/grocery store in April, when it was the only business open on the street. (© John Minchillo/AP Images)

In the U.S., consumer spending typically accounts for about 70 percent of economic activity. How retailers adapt to recent events may offer hints to the path back to healthy sales figures.

Shelter-in-place guidelines have helped grocery stores, drugstores, big-box stores, dollar stores and club retailers like Costco and Sam’s Club, says Mathews. These stores sell the necessities that Americans stock up on in order to reduce trips out of their homes.

But today, even these stores are finding greater success by offering new services. “People don’t want to be going to the store … so what we’re seeing is a shift to online but also a shift to larger order sizes,” Mathews says. The stores are finding new supply chains and stocking more bulk items, when they can.

Home supply warehouse stores, such as Lowe’s and Home Depot, are seeing an uptick in sales. People working from home are putting time they’d normally spend commuting into home-improvement projects. In response, both chains are offering curbside and in-store pickup.

Better than business as usual

Many purchases by U.S. consumers directly affect supply chains overseas, and economists hope to see a robust return to shopping when it is safe. Retailers are working to stay nimble and ready for that return. 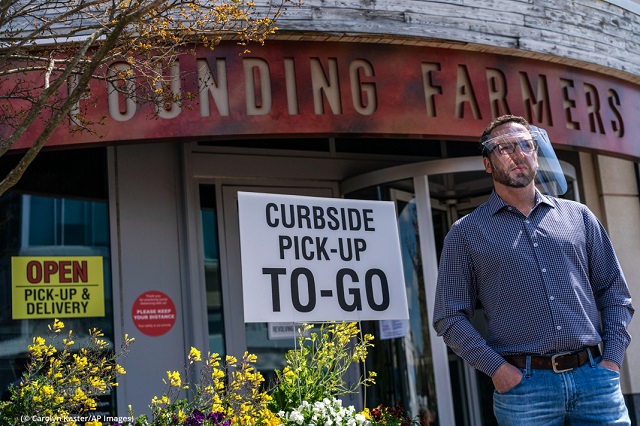 Because COVID-19 has closed many restaurants to on-premises dining, some, like Dan Simons’ Founding Farmers in Maryland, are offering delivery and curbside pickup of meals and groceries. (© Carolyn Kaster/AP Images)

While some U.S. companies have benefited from sudden changes in consumer behavior, many are developing new ways to make a profit now and in the future.

Several passenger airlines have turned to moving cargo or other operations. A case in point is the tiny, low-cost carrier Sun Country Airlines, which is expediting implementation of a deal inked last year with Amazon to fly cargo for the online retailer. The airline is making use of its fleet in ways that, for now, replace some revenues lost from tourist and business travel.

Keany Produce & Gourmet, a 42-year-old company based in Maryland, has always supplied food to chefs, restaurants, conventions and the like. But it shifted gears as restaurant and catering business dried up. Today, it runs a curbside service where customers order boxes of produce online, then arrange a contactless pickup at one of Keany’s 16 locations in the greater Washington area.

“We’re appealing to your everyday person who’s just looking for fresh produce without having to go to the grocery store,” says Cassidy Williams, Keany’s marketing manager. Revenue generated from this shift has helped the company stay afloat and bring back around 20 employees who had been let go recently. Once restaurants reopen, Keany plans to keep both direct-to-consumer and institutional sales alive. 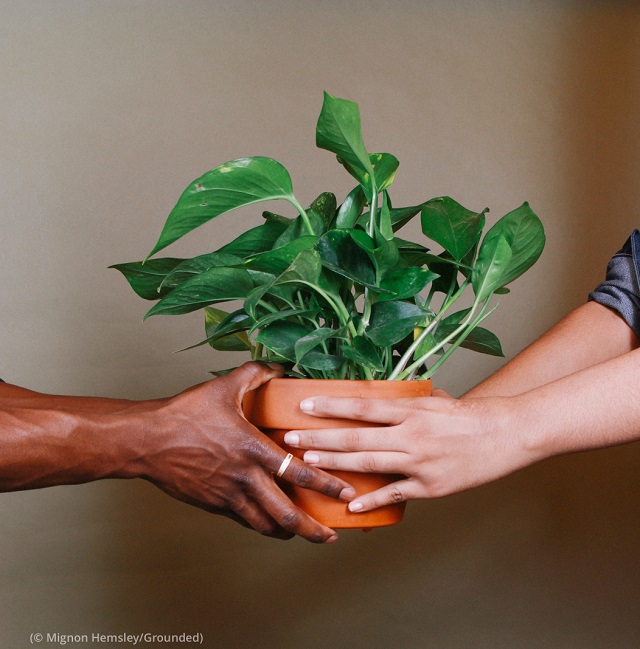 Grounded, a virtual plant shop based in Washington, sells houseplants like this pothos. (© Mignon Hemsley/Grounded)

Even smaller online sellers that have grown their market share due to consumers’ preference for shopping from home hope to see increases in sales after life returns to normal.

Within an hour of its Earth Day launch, Grounded, which sells houseplants online, was out of inventory. People from all over the country flocked to the site to order plants, surprising the Washington-based co-founders.

“Nothing too heavy,” Doswell says. “We don’t want to spam people.”

At this point, it’s hard to say when the American consumer will bounce back, Mathews says. But financial relief bills passed by Congress and signed into law by President Trump in March and April are helping consumers and businesses alike.

Many U.S. businesses believe that their creativity and resilience will attract more consumers in months to come. That can put the retail workforce of 52 million on better footing and boost supply chain partners all over the world.