The U.S.-Japan Alliance – The Gold Standard in Win-Win Defense Treaties

Former U.S. Ambassador to Japan Mike Mansfield (1977-88), who represented both Republican and Democratic presidents during his years in Tokyo, famously said the U.S.-Japan Alliance is “the most important bilateral relationship in the world, bar none.” The phrase became a mantra, and the treaty that embodies this relationship has endured longer than any other and continues to provide benefits to both Japan and the United States.

On January 19, 1960, former Prime Minister Nobusuke Kishi and then-Secretary of State Christian Herter signed the Treaty of Mutual Cooperation and Security between Japan and the United States. The treaty committed the United States to deploy military forces to defend Japan if the country came under attack. For “the purpose of contributing to the security of Japan and the maintenance of international peace and security,” it also provided port and military basing facilities for U.S. forces in territory administered by Japan and committed the United States to consult with Japan before initiating direct combat operations. Today, 60 years later, over 50,000 U.S. military troops in Japan demonstrate the U.S. commitment to defend Japan and maintain peace and stability in the region. 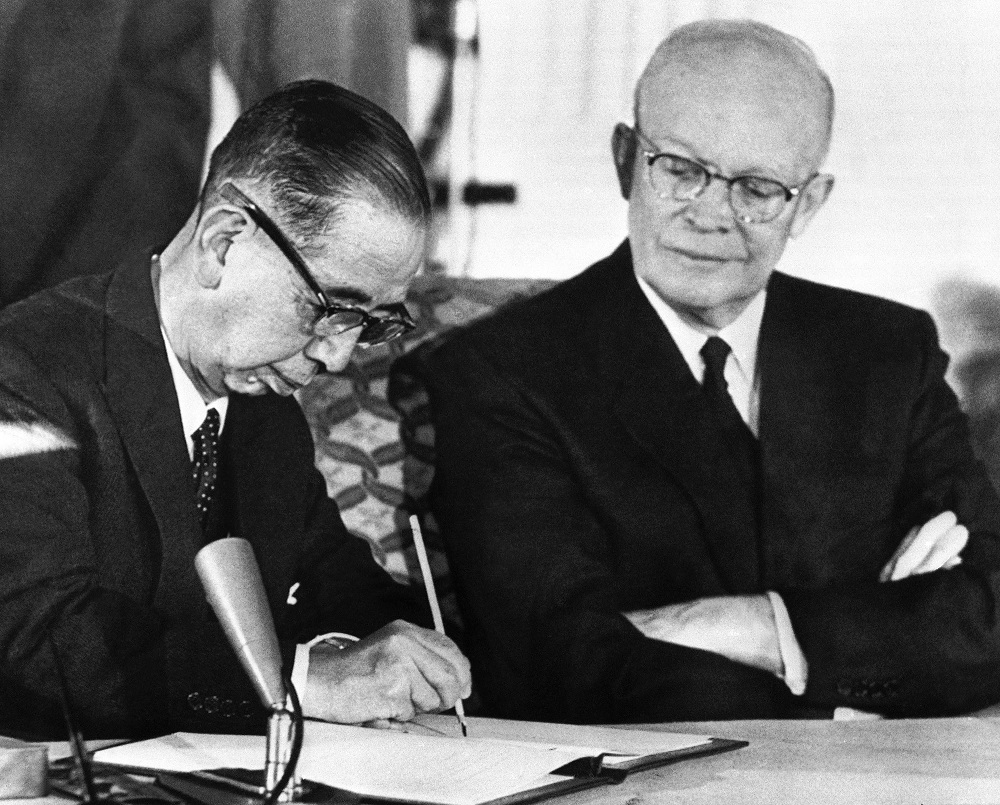 For Japan, the treaty symbolized the country’s independence and return to the world stage. Japan gained security with comparatively lower defense expenditures, which served as an effective hedge against the territorial ambitions of others in the region. Secure under the U.S. nuclear umbrella, Japan was also able to direct financial resources towards economic recovery. Japanese policymakers and business interests also looked forward to gaining access to the massive U.S. market, close to 30% of global GDP at the time. U.S. business leaders were broadly supportive of the Alliance and eager to take advantage of the region’s economic potential. In 2020, business ties have never been stronger, as evidenced by the recently concluded U.S.-Japan Trade Agreement. The United States remains the biggest contributor of foreign direct investment to Japan. 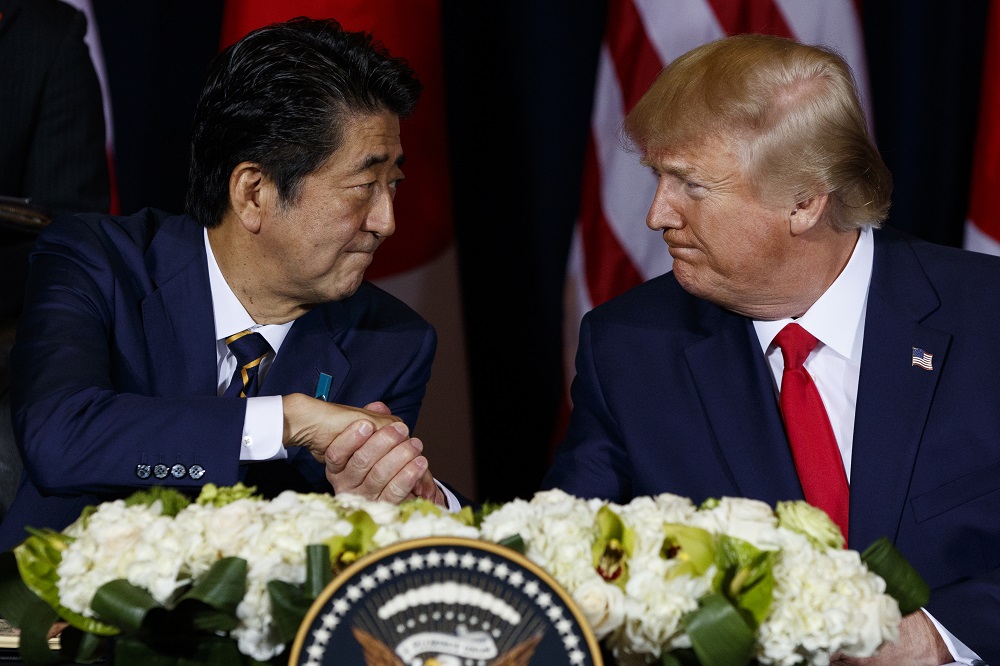 The Alliance continues to provide significant economic and security benefits to the United States and Japan. More broadly, given its scale, the Alliance provides stability for the global system.

Our economic and security relationship deepened in the years immediately following the signing of the treaty, but the United States and Japan also benefited from an increase in cultural and educational exchanges. The number of American students studying abroad in Japan is steadily increasing, and many of Japan’s young intellectuals were able to study in the United States under the Fulbright Program after it was extended to Japan in 1952. NGOs, foundations, and universities also increased their cultural, educational, and people-to-people exchanges.

Of course, the true test of any alliance is its strength during periods of crisis or military conflict. Japan’s triple disaster on March 11, 2011 tested the Alliance in ways unimagined in 1952. The unprecedented scale of the joint humanitarian relief effort of U.S. and Japanese military forces showed the world that the Alliance is rock solid and adds tremendous value outside of military contingencies. Immediately after the disaster, then-President Barack Obama said, “The United States stands ready to help the Japanese people in this time of great trial. The friendship and alliance between our two nations is unshakeable, and only strengthens our resolve to stand with the people of Japan as they overcome this tragedy.” 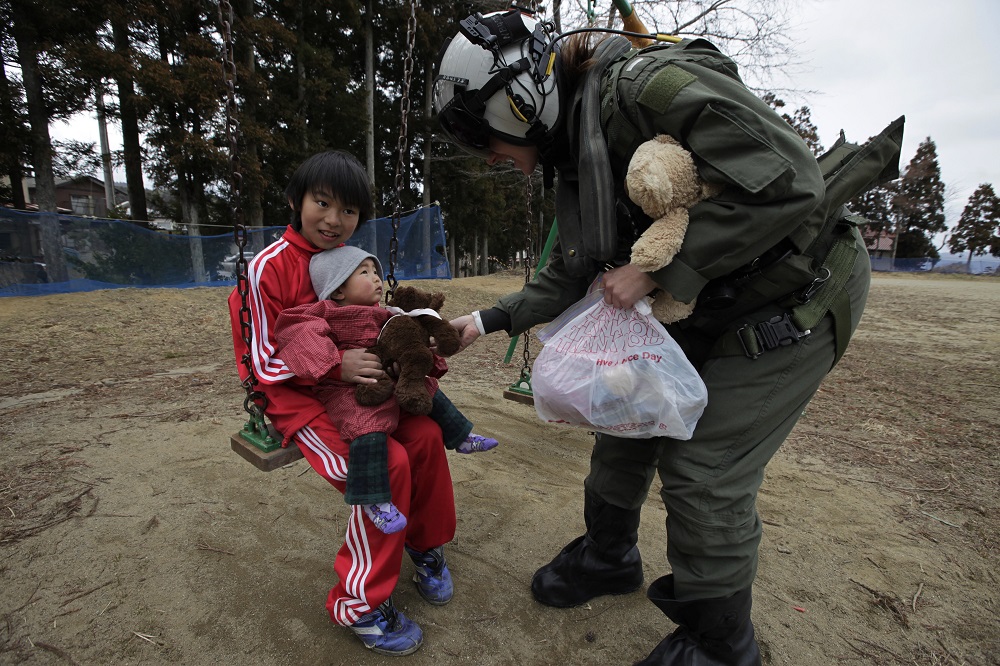 A Navy helicopter pilot presents a teddy bear to a baby in Kesennuma, Miyagi Prefecture, during "Operation Tomodachi" to deliver supplies to evacuees in an earthquake and tsunami devastated area in 2011. (AP Photo/Eugene Hoshiko)

Over the decades, the Alliance transformed in response to evolving security challenges in the region and around the globe. As Japan’s role in global affairs has grown, the Alliance has grown with it. During the 1990-91 Persian Gulf War, Japanese car carriers transported American equipment to the Gulf region, and Japan even raised taxes in order to contribute close to $13 billion to the war effort. Although constitutional restrictions prevented Japan from deploying troops to the conflict, Japan in 1992 eventually passed peace-keeping operations (PKO) legislation allowing the dispatch (under United Nations auspices) of Japanese Self-Defense Forces to conflict zones in the future. Japanese troops have since engaged in PKO missions in Cambodia and elsewhere. In addition, Japanese Maritime Self-Defense Forces stationed refueling ships in the Indian Ocean to supply fuel to coalition forces fighting in Afghanistan.

As the Alliance entered the 21st century, U.S. and Japanese regional leadership, codified by the treaty, enjoyed the support of other nations in the region. Although significant cuts in troop strength were initially examined in the euphoria of the immediate post-Cold War environment, those reductions never materialized as it became increasingly obvious that the United States and Japan needed to maintain a stable force posture in the region. The most immediate threat to the region came from North Korea, which continues to threaten the region with its nuclear weapons. Further strengthening the Alliance, in 2015, the Diet enacted legislation that allows Japan to exercise the right of collective self-defense, in effect allowing Japan to come to the aid of U.S. forces under attack.

Japanese and U.S. leaders have been unequivocal in stating that the U.S.-Japan Security Alliance is the cornerstone of peace and stability in the Indo-Pacific region. These statements, coupled with the transparency of U.S. and Japanese troop strength, serve to continue to protect the Japanese homeland and deter dangerous neighbors, such as North Korea. The Alliance also serves to reassure other Asian countries that the United States is committed to maintaining the long-term stability of Northeast Asia. Over the past 60 years, the treaty has stood the test of time. Our security partnership stood firm against Soviet expansionism during the Cold War, and both countries emerged from that period with an acute understanding of the importance of the Alliance in an ambiguous world that no longer was clearly defined in bipolar terms. Today, in the face of evolving security challenges in the region, the U.S.-Japan Alliance is stronger and more important than it has ever been. 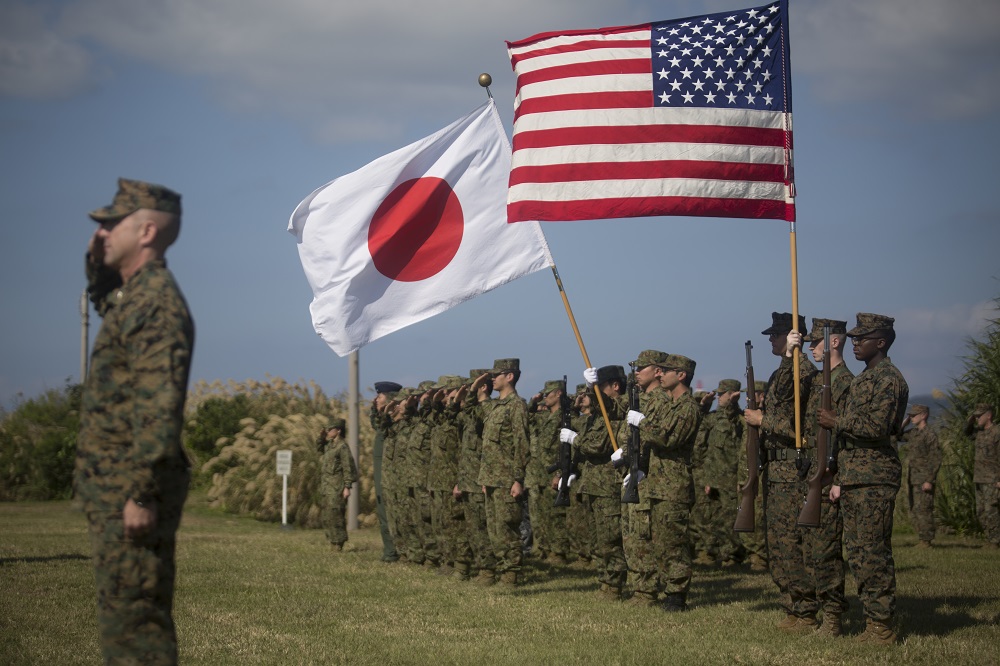 Broadly speaking, this Alliance brings stability, peace, and prosperity to the Indo-Pacific region through its shared vision and commitment to democracy, free market capitalism, and universal human rights. Outright military contingencies notwithstanding, the mutually-reinforcing relationship between our defense forces will continue to deter regional aggression. In that context, Japan, the United States, and other Asian nations are free to enjoy all the benefits a secure environment provides, particularly free trade and commerce. Former Assistant Secretary of Defense Joseph Nye said succinctly in 1995, “security is like oxygen, you tend not to notice it until you need it.” Democracies during times of peace never find it easy to take preemptive measures to head off crises or conflicts, but the very existence of the U.S.-Japan Alliance has, undoubtedly, deterred many aggressors and forestalled many security crises before they even started. It continues to do so, every day. 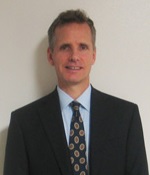 Jerome Ryan is a First Secretary at the U.S. Embassy in Tokyo. He has been a member of the Foreign Service since 2004. His regional specialization is East Asia, where he has served in Osaka, Seoul, Hong Kong, and Tokyo, covering political, economic, and financial issues.
TAGS:
SHARE:
TOPICS