At a May meeting in Washington, U.S. and Japanese officials affirmed the desire for continued scientific cooperation between the two countries. They collaborate on space exploration, space and earth science, and aeronautics research.

In one important example, NASA, the U.S. space agency, plans an infrastructure to sustain humans on and around the moon with assistance from the Japan Aerospace Exploration Agency (JAXA).

President Trump’s Space Policy Directive 1 instructs NASA to lead a program of exploration with commercial and international partners to the moon.

Building on more than two decades of partnership — along with the Canadian, Russian and European space agencies — in the International Space Station program, NASA and JAXA are discussing the Gateway, a small spaceship to orbit the moon. The Gateway will support humans on the moon and provide experience that could boost future exploration of Mars.

NASA plans to land the first women and the next men on the moon’s surface by 2024, and JAXA is collaborating on possible robotic missions that could support human activities on the moon.

On XRISM, the X-Ray Imaging and Spectroscopy Mission, which will launch in early 2021 to investigate X-rays emitted by stars, quasars and black holes, the agencies’ roles are reversed: JAXA leads, and NASA contributes key components.

During President Trump's visit to Japan, he and Prime Minister Shinzo Abe will seek to extend the two countries’ cooperation into other areas. 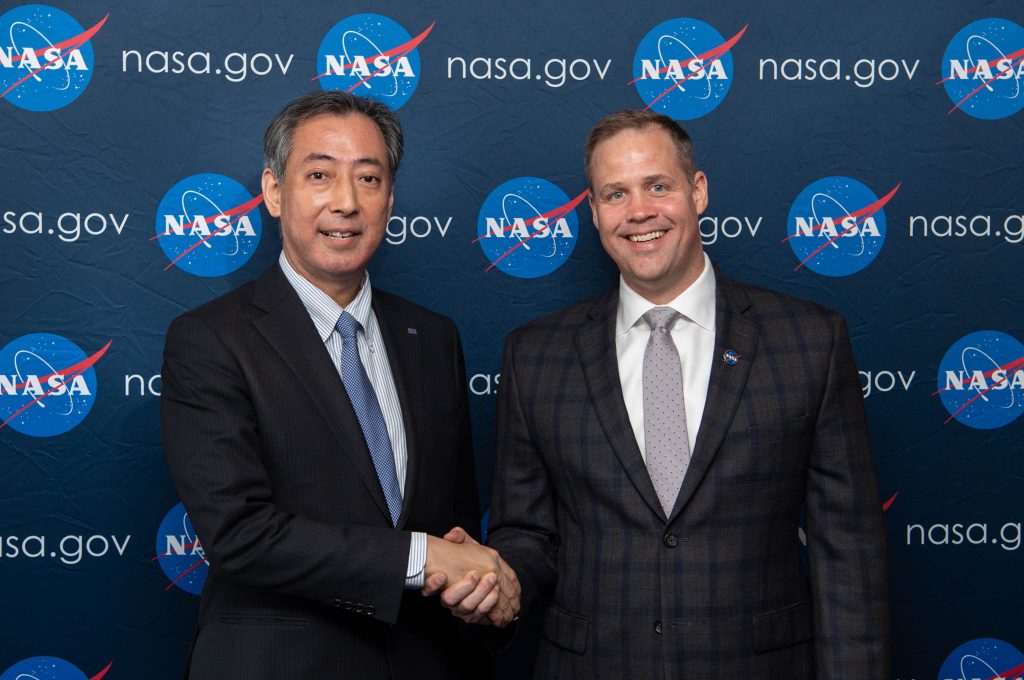