The U.S. Air Force on December 1, 2020, the 65th anniversary of Parks’ 1955 protest, unveiled a sculpture of her at Maxwell Air Force Base in Alabama, adding to an array of memorials that honor the civil rights icon, who died in 2005 at the age of 92.

This year ShareAmerica is highlighting some of the memorials honoring Parks’ brave protest. 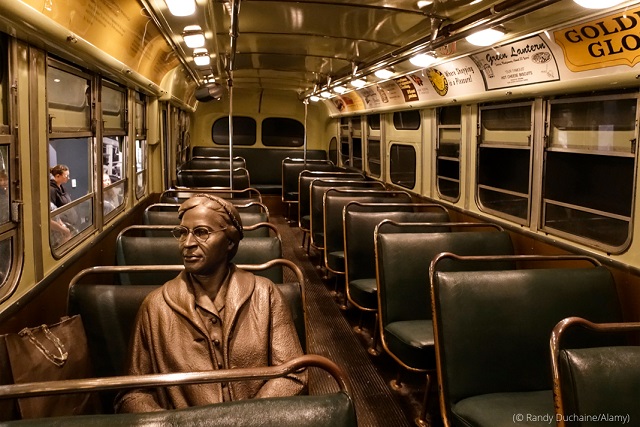 The National Civil Rights Museum in Memphis, Tennessee, features a statute of Rosa Parks seated on a bus. (© Randy Duchaine/Alamy)

Rosa Parks’ refusal to relinquish her seat to a white man on a segregated bus in 1955 inspired the civil rights movement in the United States. 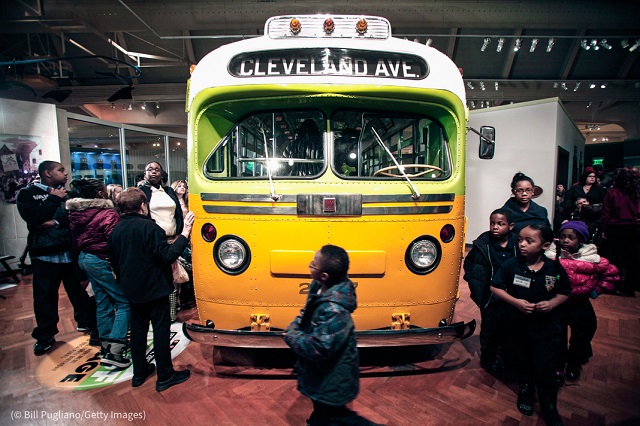 The bus on which Parks refused to relinquish her seat in 1955 is on display at the Henry Ford Museum in Dearborn, Michigan. (© Bill Pugliano/Getty Images)

Parks worked as a seamstress at Maxwell Field in the 1940s before her protest in Montgomery, Alabama, prompted a citywide bus boycott, a watershed event in the civil rights movement.

She later credited her experience at the racially integrated federal facility with showing her a world without the discriminatory policies, known as Jim Crow laws, that were common in the South. 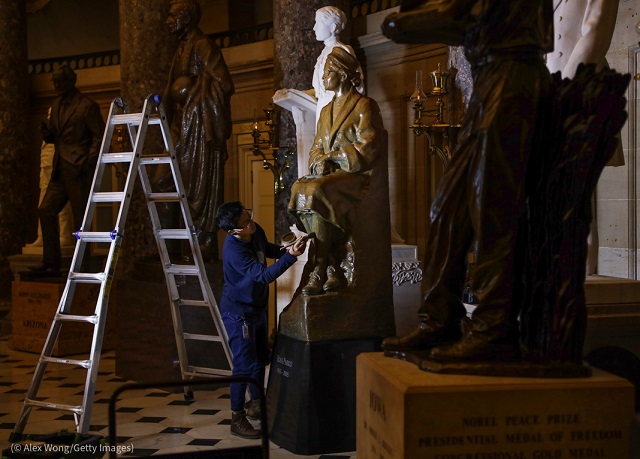 Parks is among those honored in the National Statuary Hall inside the U.S. Capitol in Washington. (© Alex Wong/Getty Images)

“You might just say Maxwell opened my eyes up,” Parks said. “It was an alternative to the ugly policies of Jim Crow.” 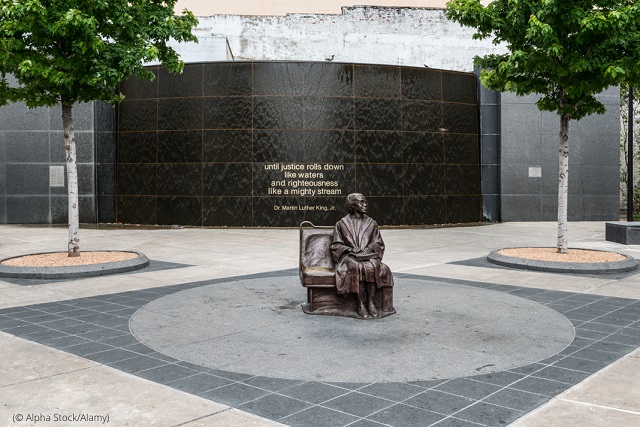 Each February Americans honor the achievements of Parks and others during Black History Month.