Wetlands everywhere, both inland and coastal, are essential to the global health of the Earth and its inhabitants. They are among Earth’s most useful ecosystems to the planet, providing clean drinking water, helping to regulate the climate, and housing diverse ecosystems. Wetlands also serve as a natural buffer to prevent flooding, acting as sponges to absorb excess water. 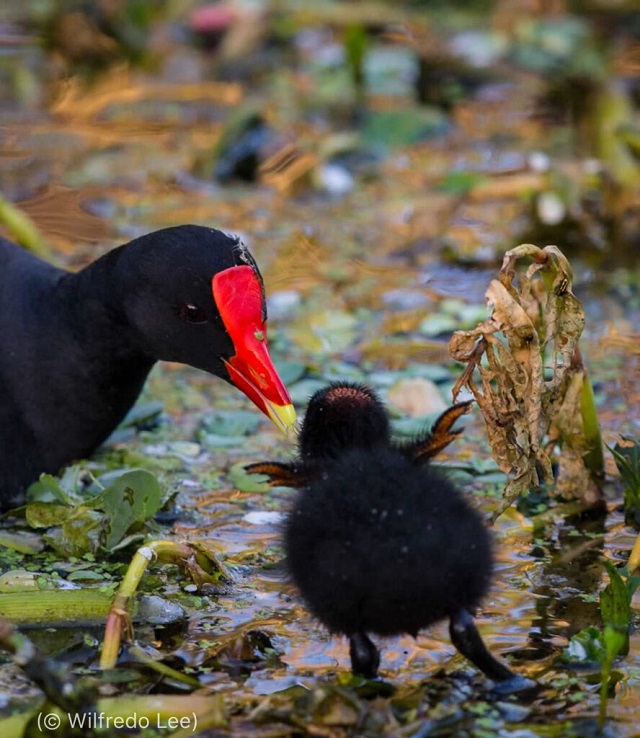 A common gallinule watches a chick at Wakodahatchee Wetlands in Delray Beach, Florida, in 2014. (© Wilfredo Lee)

Coastal and inland wetlands around the world comprise approximately 12.1 million square kilometers — an area roughly the size of Canada, according to the Convention on Wetlands of International Importance (also known as the Ramsar Convention).

Wetlands also shelter 40% of the world’s animal species; over 200 new fish species are discovered each year in wetland areas.

Coastal and inland wetlands cover about 5.5% of the United States. The Environmental Protection Agency (EPA) estimates that 95% of these wetlands are freshwater and the remaining 5% are marine or estuary wetlands.

But the Ramsar Convention also estimates that nearly 90 percent of the world’s wetlands have disappeared since the 1700s, and those remaining are at risk of disappearing three times faster than forests.

In 1987, the state of New Jersey passed the Freshwater Wetlands Protection Act to “preserve the purity and integrity of freshwater wetlands from random, unnecessary or undesirable alteration or disturbance.” This was, in part, to help protect estuaries and halt development projects that would destroy the diverse ecosystems that thrive there.

America’s smallest turtle — the bog turtle — lives in New Jersey’s wetlands. Thanks to both the Freshwater Wetlands Protection Act and the 1997 Endangered Species Recovery Act, the U.S. Fish and Wildlife Service oversees the conservation of these tiny creatures.

Of all the lower 48 states, Florida has the most naturally occurring wetlands. The state also is creating more by converting old wastewater properties into wetland conservation areas.

The Palm Beach County Water Utilities Department turned 20 hectares of a former wastewater utility property into a protected wetlands area. The Wakodahatchee Wetlands, which opened in 1996, welcomes birding enthusiasts to view over 178 bird species living in the conservation area.

Minnesota has the second-largest wetland coverage of the lower 48 states. The state protects its wetlands through federal, state and local regulations. The Clean Water Act of 1972 regulates wetlands under federal jurisdiction, while the Minnesota Wetlands Conservation Act regulates and protects private waters. 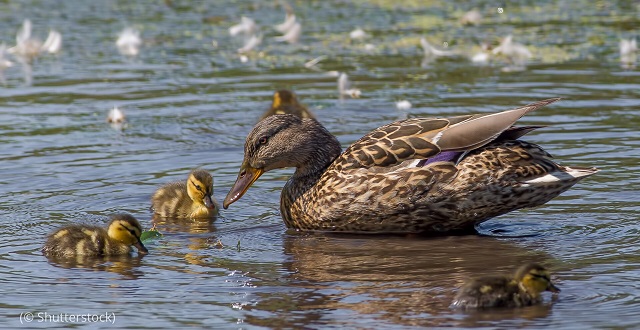 A female mallard duck swims with her chicks in a wetland wildlife area in Minnesota. (© Shutterstock)

“Wetlands are important features in the landscape that provide numerous beneficial services for people and for fish and wildlife,” according to the Environmental Protection Agency. “These valuable functions are the result of the unique natural characteristics of wetlands.”