When two fire captains in a suburb of Washington check earthquake apps on their smartphones, their interest is more than idle curiosity.

Tracey Reed and Mark Schroeder belong to an urban search and rescue squad that the U.S. Agency for International Development (USAID) keeps on standby for when other countries request help extricating survivors of earthquakes.

“We’re always prepared. We keep our bags packed at all times,” said Reed, a Fairfax County Fire and Rescue Department veteran and member of its skilled urban search and rescue team.

The Office of U.S. Foreign Disaster Assistance at USAID contracts with two elite squads from the Fairfax County, Virginia, and Los Angeles County, California, fire departments to deploy with all their rescue tools, supplies and other equipment within hours. They both deployed when a 7.8 magnitude earthquake struck Nepal in April 2015. Nearly 9,000 lives were lost.

The USA 1 and USA 2 crews, as they are called when deployed overseas, worked alongside Nepalese teams on the dramatic rescue of Pemba Lama Tamang, 15, who was trapped for five days under concrete slabs in a collapsed nine-story building in Kathmandu.

Schroeder, who supervises emergency medical technicians in Fairfax, helped treat the youth after he was carried out of the rubble to onlookers’ cheers. “What I remember most is the sheer joy and happiness and energy of the crowd,” said Schroeder, 48. 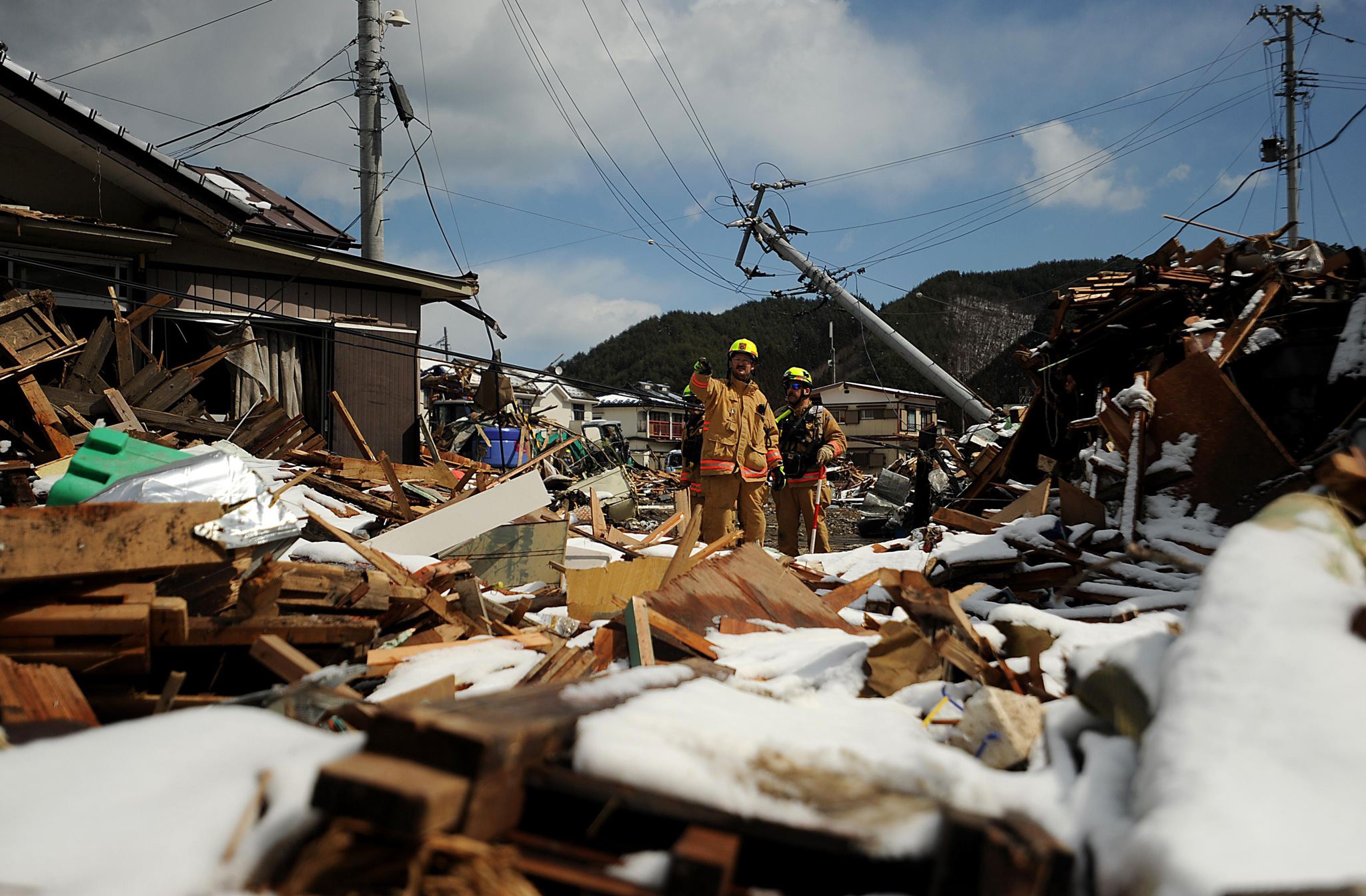 Along with digging equipment, the American search teams bring dogs that can detect the scent of people trapped deep beneath rubble. Two dogs that the Americans brought to Nepal helped locate Tamang.

Virginia Task Force 1 has a roster of 210 people and sends up to 70 on missions. “The goal is to be three deep at every position” since not everyone is available when a summons comes, Reed said.

The Federal Emergency Management Agency deploys Virginia Task Force 1 within the United States after some disasters. Reed has twice gone on rescue missions after floods in North and South Carolina. She has also taken part in international training exercises in Mongolia and Armenia.

“We train year-round,” said Reed, 40, who started volunteering as a firefighter at age 16. “Even if there are no deployments that year, there’s a lot of training.”

Schroeder takes pride in the role the United States plays when countries seek help. “We are a loving country,” he said. “Whenever anything catastrophic happens in the world … we’ve always been there.”