When governments flout democracy and the rule of law, human rights are in danger.

Nowhere is that clearer than in the Russian government’s war against Ukraine, where the troops of President Vladimir Putin’s authoritarian regime have committed widespread atrocities, Secretary of State Antony Blinken said April 12, when announcing the release of the U.S. State Department’s 2021 Country Report on Human Rights Practices.

“For many years running, we have seen an alarming recession of democracy, the rule of law, respect for human rights in many parts of the world,” Blinken said.

“In few places have the human consequences of this decline been as stark as they are in the Russian government’s brutal war on Ukraine,” he said.

Blinken added that through his unjust war, Putin has inadvertently fostered global outcry for human dignity. “The Kremlin has reinvigorated a belief in people worldwide that there are human rights that everyone everywhere should enjoy,” Blinken said. 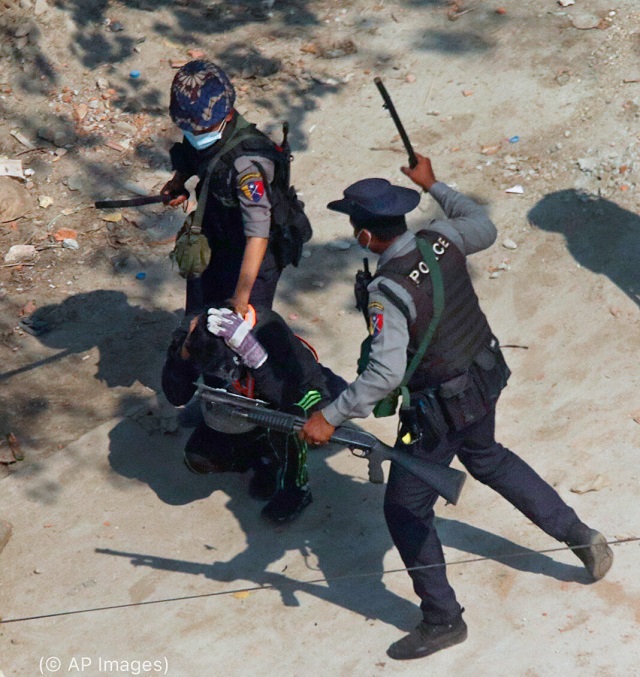 The State Department’s Human Rights Report, issued every year since 1977, serves as a record of human rights practices around the world. It supports U.S. and international efforts to combat violations and abuses.

The report shows authoritarian regimes becoming more brazen in reaching across borders to attack critics, Blinken said. In the past year:

Authoritarian regimes in 65 countries have locked up more than 1 million political prisoners, Blinken said, including more than 600 peaceful protesters in Cuba and numerous anti-corruption fighters, human rights defenders and opposition leaders in Russia.

The People’s Republic of China’s (PRC) government continues “to commit genocide and crimes against humanity” in Xinjiang against predominantly Muslim Uyghurs, among other minority groups. It also continues to erode fundamental freedoms and autonomy in Hong Kong and to carry out systematic repression in Tibet, Blinken said.

The United States works with international partners to deter abuses and promote accountability. The U.S. and other nations have imposed sanctions against government officials and others responsible for Russia’s war against Ukraine and the PRC’s atrocities and human rights abuses in Xinjiang. The United States has determined that the Burmese military’s repeated attacks on Rohingya amount to genocide and crimes against humanity.

The summit focused on “encouraging countries to make concrete commitments to advance human rights and democracy,” Blinken said. “And we’re holding one another to our pledges.”