Restaurants are often a benign starting point to learning about different cultures.

But food, drinks and hospitality can be used to educate people about the loss of one’s culture too. Two U.S. restaurant owners told ShareAmerica about the meals they serve while also teaching customers about the Chinese Communist Party’s decades-long oppression of Uyghurs in Xinjiang Province in China.

In Los Angeles, at Dolan’s Uyghur Cuisine (“Dolan” refers to a people or an area of the Uyghur region), employees sport black T-shirts with “Google Uyghurs” on the front and “#closethecamps” on the back. Their uniforms open conversations with customers, said owner Bugra Arkin. 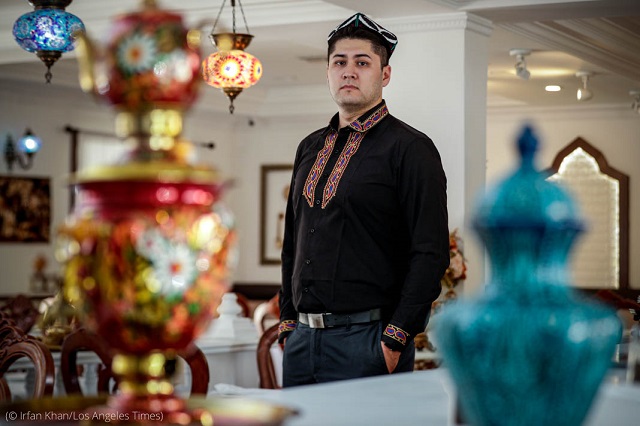 Arkin, who came to the U.S. in 2015 to earn a master’s degree at the University of Southern California and opened the restaurant in 2019, frequently joins such conversations in order to share his personal story. He hasn’t been back to Urumqi, Xinjiang’s capital, since 2017 because the police told his family he’d have to go to a “reeducation center” upon return.

In fact, during Arkin’s last visit, local police drew his blood, recorded his voice, took photographs of him and questioned him about his activities in the U.S., he said. Months later, the CCP illegally imprisoned his father, friends and other relatives.

“That made me very frustrat[ed] and angry, because they were educated, have steady job(s), and never committed any crime against [the] communist government,” Arkin said via email. “They are all innocent.”

A culture in peril

Uyghurs speak a Turkic language and mostly practice Islam. They had been living in East Turkestan for thousands of years before Communist China invaded the region in 1949 and renamed it Xinjiang, which means “new territory.”

Chinese authorities ratcheted up the repression of the Uyghurs in 2017, detaining more than 1 million of them along with ethnic Kazakhs and other Muslims in camps where they are forced to renounce their religious and ethnic identities.

The U.S. government has imposed sanctions on key Chinese officials, blocked products created with forced labor and warned businesses that make products in China to avoid sourcing products that are made by people working in Xinjiang under abusive conditions.

“The Chinese Communist Party’s human rights abuses in Xinjiang, China, against Uyghurs and other Muslim minorities rank as the stain of the century,” Secretary of State Mike Pompeo said in a statement. 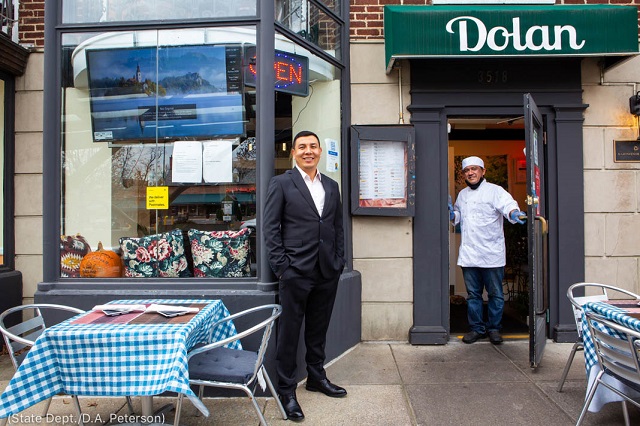 Kebabs with a side of news

Uyghur cuisine represents a combination of influences from India, the Middle East, Turkey, Central Asia, China and more. Most dishes include lamb — often prepared as kebabs fired on an open grill and sprinkled with cumin and other spices. Laghman, a dish of fresh, hand-pulled noodles served up with vegetables and a spicy sauce, is another popular Uyghur dish featured at U.S. restaurants.

Arkin explained that Uyghurs can’t live without laghman — it’s as popular among them as American cheese is in the United States.

Hamid Kerim, owner of Dolan Uyghur Restaurant in Washington (not affiliated with the similarly named restaurant in Los Angeles), uses the cuisine as an entree to raise awareness about Uyghurs’ plight. Customers comment on the fresh ingredients and ask where the cuisine comes from, he said through an interpreter. “I try to give some news, a brief introduction if the customer has time and the patience to hear.” 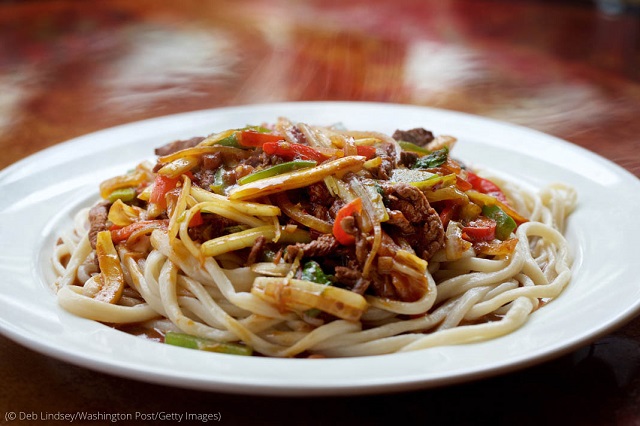 Kerim has not always been a restaurateur. He moved to the U.S. with his wife and two children in 2016, but ran an international trade business. He returned to Urumqi in 2017 to manage the business, but fled after just a few months later, having found out his name was on list of people to be imprisoned.

After leaving without being able to tell his mother goodbye, Kerim learned that the CCP nationalized all 15 branches of his company. But he started anew in Washington, purchasing his restaurant in 2018 from its prior owners, also Uyghurs.

“I’m the luckiest one to be in the United States and to have the chance to live in a free country,” Kerim said.

Biden’s Inauguration to Blend the Old with the New