What Do U.S. Vice Presidents Do?

The role of the American vice president was the butt of jokes in earlier times, but the job has evolved to bestow more power and carry more importance.

Nelson Rockefeller at first resisted being recruited for the position, saying he was “just not built for standby equipment” before accepting the job in the middle of the crisis precipitated by the resignation of President Richard Nixon in 1974.

Some people might still say that the job mostly amounts to attending funerals in place of the president, said Christopher Devine, assistant professor of political science at the University of Dayton, who studies vice presidential politics. But “times have changed. It is a really important position.”

Gerald Ford, who chose Rockefeller, illustrated just how important vice presidents can be when he moved into the top job. 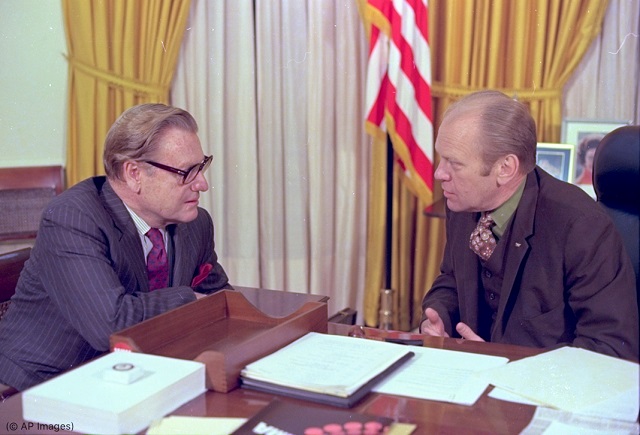 The Constitution gives the vice president the tie-breaking power in the U.S. Senate and a role as the chief presiding officer there, so the first American vice presidents spent most of their time there. “For most of the 19th century, the vice president was primarily a legislative position and presided over the Senate as a full-time occupant,” said Joel K. Goldstein, emeritus professor at the Saint Louis University School of Law and an expert on the vice presidency.

In earlier years, vice presidents were chosen to give ideological or geographic balance to the presidential nominee’s campaign for election. Those are now much less important considerations in picking a vice president, according to Devine. “Geography matters less and experience matters a lot more,” Devine said.

Over recent decades, presidents themselves have chosen to broaden the job, starting with Jimmy Carter, who was elected president in 1976 as a Washington outsider. As a businessman, Carter felt the country should benefit from the person occupying the position of vice-president. He used Walter Mondale as a true partner and adviser, according to Goldstein.

Mondale, not relegated to the Senate, got his pick of prime office space in the White House’s West Wing. He could pop into the Oval Office any time he wanted to see Carter and was included in meetings and decisions. It was a radical upgrade for the office that has been continued by subsequent presidents, Goldstein said. 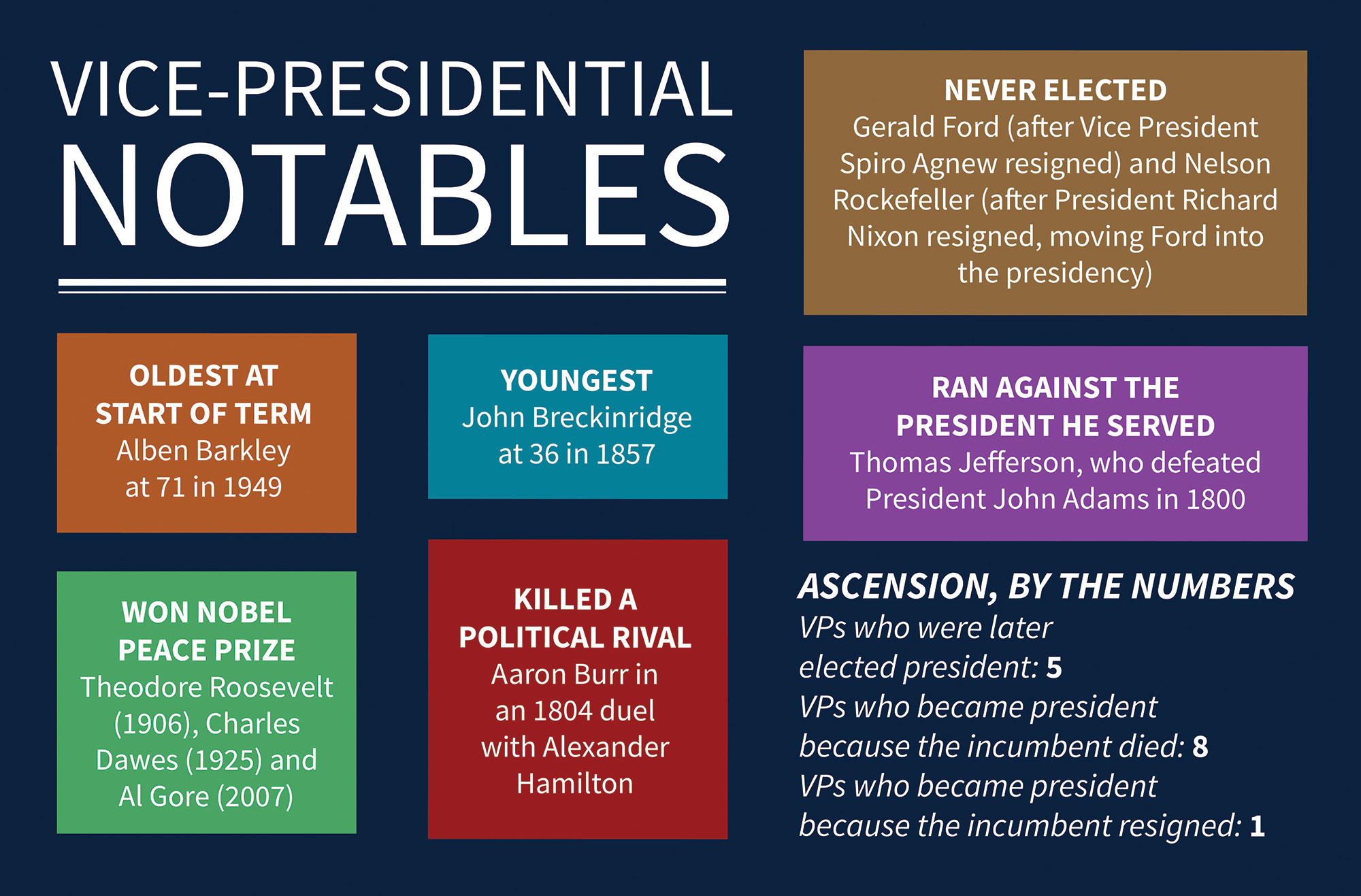 Carter was partly motivated by hearing about what happened when President Franklin D. Roosevelt died in 1945. His vice president, Harry Truman, had to be pulled aside and told of the country’s secret plan to build an atomic bomb.

“Carter thought it was simply appalling to have the person (who was) a heartbeat away not be up to speed,” Goldstein said.

The American vice president in recent administrations could be called a major understudy for the president.

The expanded role of the federal government makes having a capable successor more important than it was at the country’s dawn, Goldstein said. And modern threats mean it’s crucial to always have someone ready to step in during a crisis, he said.

“If used properly they can be a strong ally — someone who doesn’t have a piece of bureaucratic turf to defend,” Devine said.