Why Tuesday Will be ‘Super’ in the U.S.

The U.S. presidential race enters a new phase on March 3. It’s like the difference between sipping tea and drinking from a fire hydrant.

After months of candidates catering sequentially to the four smallish states that voted in February, the race moves to more than a dozen states voting on the same day.

The two major political parties, Republicans and Democrats, will move closer to deciding on their nominees to face off in the November general election for president. Because President Trump is running for re-election, some states are skipping the primary process for Republicans this year. But five candidates are still fighting it out for the right to be the Democratic Party’s nominee. (Independent candidates and candidates from other political parties go through a different set of challenges to get on the November ballot.)

March 3, known as Super Tuesday, will mean elections in 14 states. Voters in the U.S. territory of American Samoa and Democrats living abroad also will participate. The results are important because of math and momentum. Candidates want to win a majority of delegates to this summer’s Democratic nominating convention to become the party’s nominee.

At stake on Super Tuesday is more than a third of the entire pool of delegates. The first four primaries and caucuses combined have fewer pledged delegates (155) than some of the individual states voting on March 3.

“It’s the first big test of the candidates in terms of being able to run a national campaign,” said Barbara Norrander, professor of government at the University of Arizona and author of the book The Imperfect Primary. “It will show if they have support around the country.”

It’s no coincidence that in a months-long process of picking a candidate, so many states decided to hold their primary on the same day. Party leaders picked the first four states that are allowed to hold elections during February. (Iowa, New Hampshire, Nevada and South Carolina.) March 3 is the first day everyone else can hold a vote. 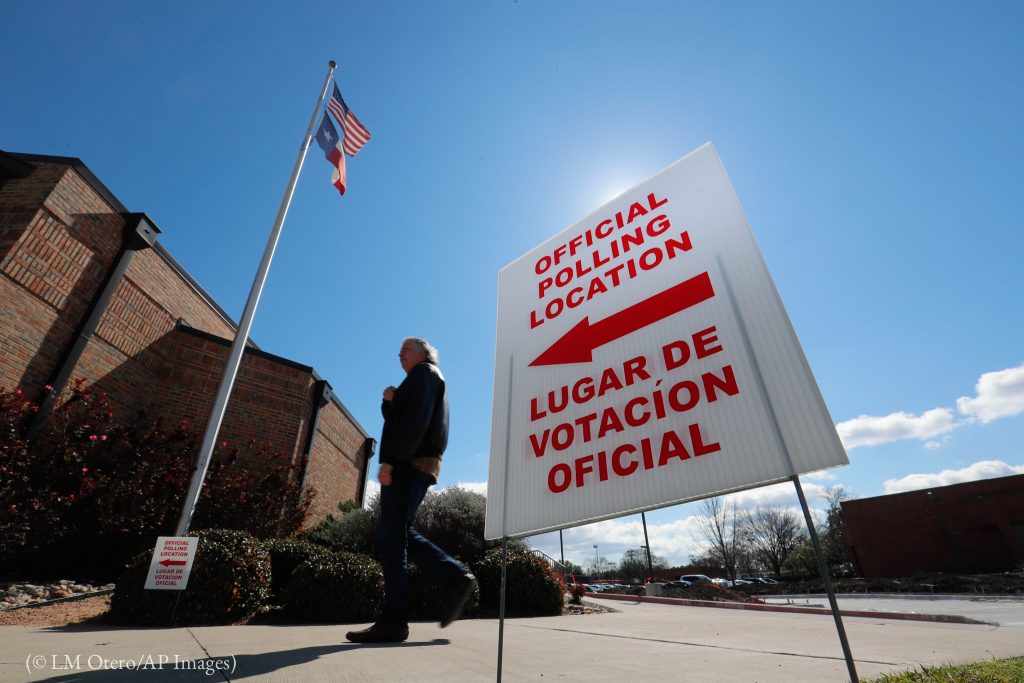 A sign in English and Spanish directs early voters to a polling location in Texas, one of the Super Tuesday states. (© LM Otero/AP Images)

Democratic primary spoils are doled out proportionally. That means any candidate who gets at least 15 percent of the vote can win some delegates in a state. As candidates decide where to spend their time and money leading up to March 3, they tend to do lots of higher math to calculate where they have the best chance of picking up delegates, according to Norrander.

Beyond the chance to rack up a number of delegates, Super Tuesday creates momentum, attention and fundraising opportunities for winners. After focusing on one state at a time, the candidates learn how viable their candidacy is across a wider swath of the nation, according to Heather Evans, political science professor at the University of Virginia College at Wise. They will be able to show whether they can attract support from a demographically diverse group of voters. They can also show strength in key states that swing back and forth between the parties from one election to another.

Unlike the Democratic primaries in 2008 and 2016, voters in 2020 have more candidates to choose from. Some candidates may drop out after Super Tuesday if they conclude they are unlikely to win. They may help their party coalesce around another candidate, Norrander said. “They don’t want to burn their bridges.”