The Biden-Harris administration is the most diverse ever. And there are a record number of women leading American diplomatic efforts.

The late Madeleine Albright was a trailblazer throughout her life and career. In 1997, she became the first woman to serve as secretary of state, making her the highest-ranking woman in the history of the U.S. government at the time. She was a fierce champion of democracy and a skilled negotiator.

Since then, the number of women in senior leadership positions across the U.S. government has increased exponentially. Most notable, of course, is the election of Kamala Harris as vice president. The first woman in the role, Harris has also shattered glass ceilings as the first Black American and first South Asian American elected vice president. 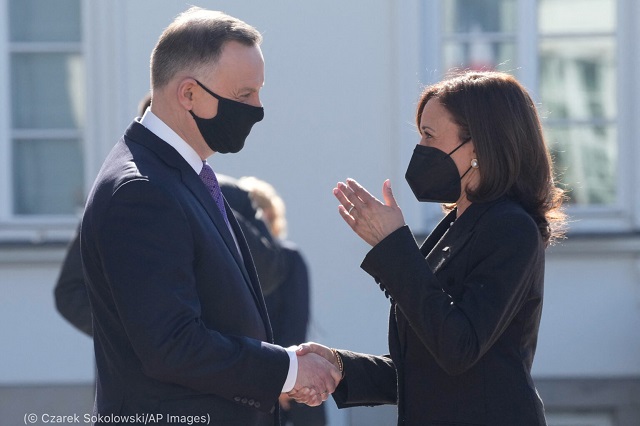 Together with President Biden and Secretary of State Antony Blinken, Harris represents the United States and its interests in the international community. She has traveled around the world to discuss U.S. foreign policy with partners on issues ranging from economic prosperity in the Pacific to the global COVID-19 response to standing in solidarity with Ukraine and NATO.

Wendy Sherman is the deputy secretary of state. Linda Thomas-Greenfield is the U.S. ambassador to the United Nations. And Samantha Power heads the U.S. Agency for International Development (USAID).

At the Department of State and USAID, female leaders advance U.S. foreign policy, too — and in record numbers. 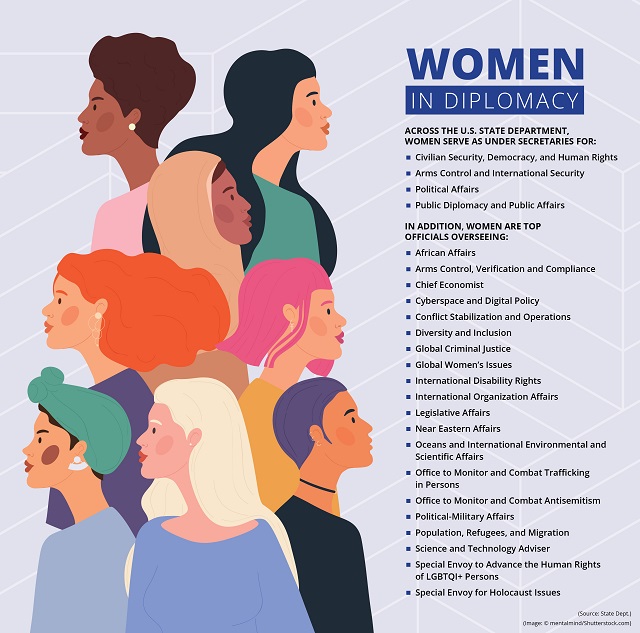 It’s a long list of impressive, talented women in Washington — managing virtually every portfolio in the department. Overseas, female ambassadors also make their mark — running U.S. embassies and bilateral relations in over 40 countries.

Together, they possess tremendous expertise and experience. And they contribute to a more diverse and inclusive diplomatic workforce, one that looks more like America. 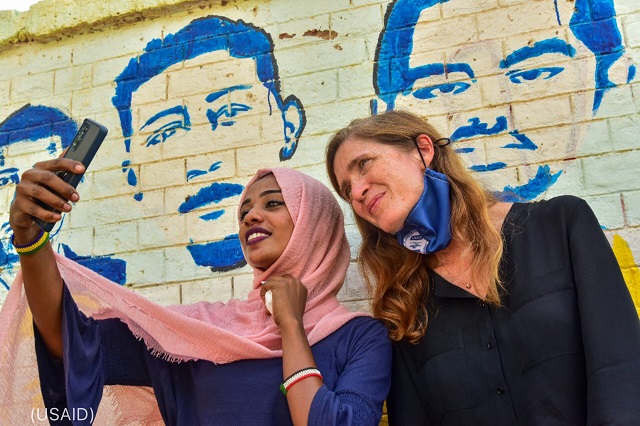 USAID Administrator Samantha Power takes a selfie with a woman during her visit to Sudan in August 2021. (USAID)