Women are making major contributions to fire departments across the United States, achieving new milestones in a field traditionally dominated by men.

More than half of the firefighters at the Frametown Volunteer Fire Department in West Virginia are women, making it the country’s only known majority-female fire department.

“We are capable of anything,” Krystyna Krakowski, of the Palm Beach fire crew, told local media. Her advice for girls who want to be firefighters: “Don’t let anything stop you.” 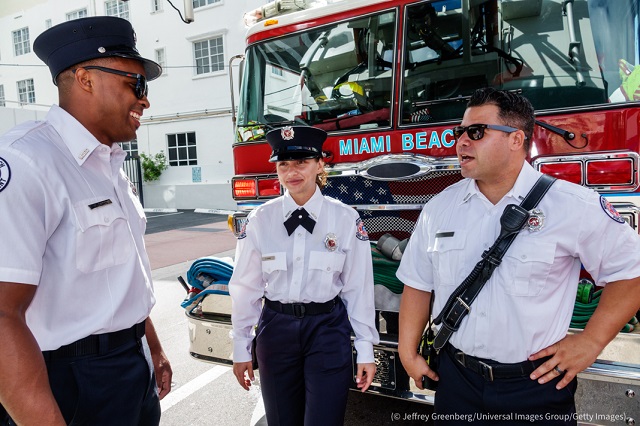 President Biden calls equal opportunity “the bedrock of American democracy” and has prioritized advancing inclusiveness in U.S. government, society and around the world.

At his inauguration, Andrea Hall, the first African American woman to achieve the rank of captain at the South Fulton Fire Department in Georgia, recited the Pledge of Allegiance while also delivering it in American Sign Language. 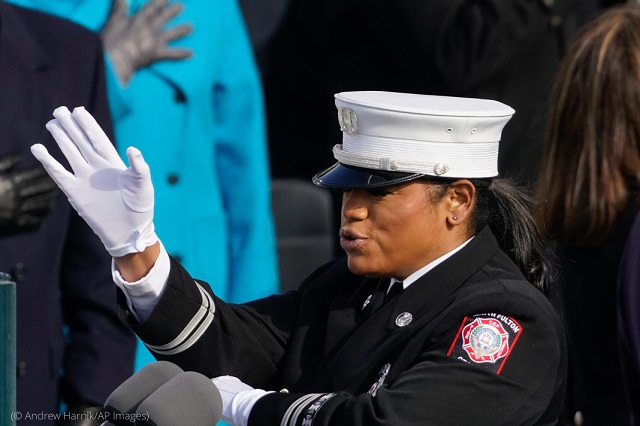 Andrea Hall leads the Pledge of Allegiance during the 59th presidential inauguration at the U.S. Capitol in Washington on January 20. (© Andrew Harnik/AP Images)

Women in the United States have a long history of fighting fires. During World War II, women fought fires while men fought overseas.

At that time, some fire departments were staffed entirely by women, according to the group Women in Fire. But in the 1970s, more women began joining predominantly male departments and all-women departments disappeared. 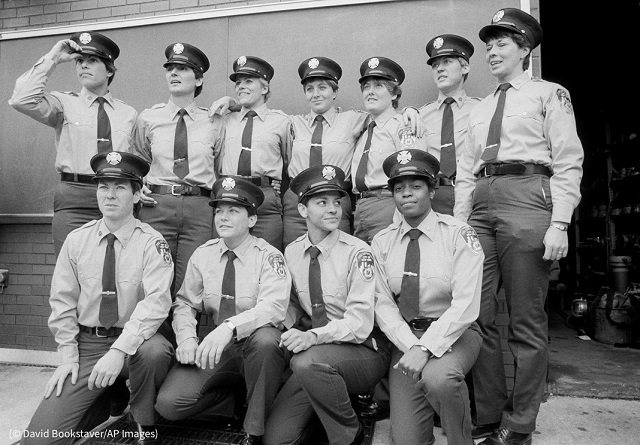 The first women to work in New York City’s previously all-male fire department graduated from the academy on November 5, 1982, along with 103 men. (© David Bookstaver/AP Images)

Now, 15,200 women in the United States work as paid firefighters and 78,500 are volunteer firefighters, according to a February 2020 National Fire Protection Association report that cites 2018 statistics.

While women account for only 8% of firefighters in the United States, their numbers and influence in the ranks are on the rise. Several hundred women have achieved the rank of captain or lieutenant and 150 work as district, battalion, division or assistant chiefs.

Fire Chief Judy Thill of the Inver Grove Heights Fire Department in Minnesota tells ShareAmerica that having women in leadership roles helps to recruit and train new women firefighters. Women may perform some tasks differently than their male counterparts. 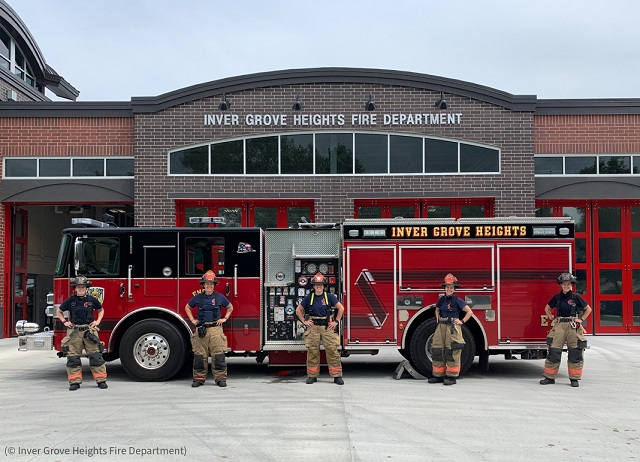 “I always thought it was important that a female show another female how to raise a ladder,” Thill said. “I can do it just as fast as a male but use a different technique.”

Inver Grove ran its first all-female shift in August 2020, 63 years after the department was founded.

Marie Hirsch changed her diet and did strength and conditioning exercises 10 hours per week while training to join the Los Angeles Fire Department. “I’m becoming a firefighter because I love helping people,” she said in a video of her training regimen. “I’m excited for this new chapter in my life.”

Marie Hirsch graduated from the Los Angeles Fire Department’s Recruit Academy on August 3, 2017. She was the only female graduate in her class. (© Ronen Tivony/NurPhoto/Getty Images)

Carol Staples joined the Arlington County Fire Department in Virginia in 1985 after dreaming of becoming a firefighter since high school. When she arrived, there were no changing rooms for women and she had to ask to use the officers’ changing rooms.

She retired in 2010 after a 25-year career she describes as challenging and rewarding.

“It was a great job,” she told ShareAmerica. “I would do it again in a heartbeat.”