U.S. and Japanese forces wrapped up a weeklong training exercise on December 16 called Yama Sakura 77 that focused on bolstering combat readiness and regional security in the Pacific.

More than 1,000 members of the U.S. Marines and U.S. Army soldiers participated alongside members of the Japan Ground Self-Defense Force in this year’s Yama Sakura, which means “mountain cherry blossom.”

“We are committed to this strategic alliance between our great nations,” U.S. Lieutenant General Gary J. Volesky, I Corps commanding general, said when the exercise began December 9. The annual drill first started in 1982.

This year’s main events took place at Camp Asaka in Tokyo. Soldiers from the Canadian, British and Australian armies participated as observers. 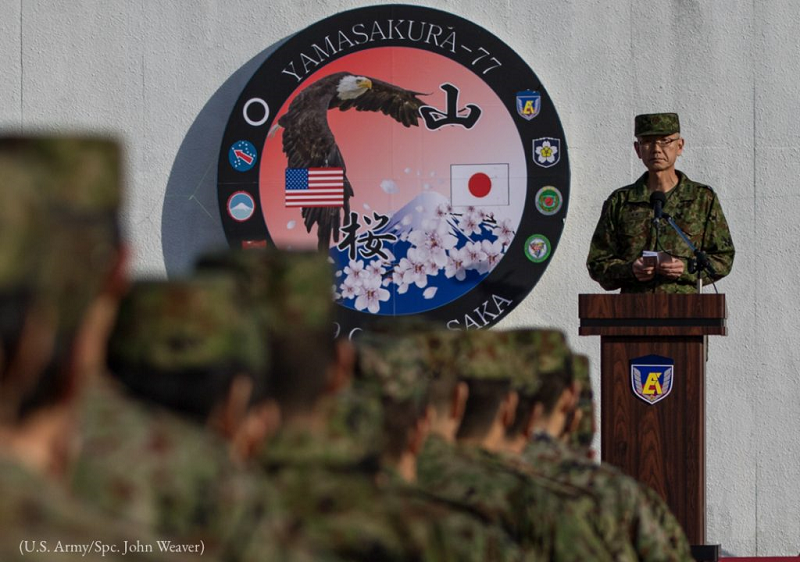 “While the enemy may be simulated, the skills we will practice and sharpen are real, and they are fundamental to any hard alliance fight,” said Major General Paul Rock Jr., the commanding general of the 3rd Marine Expeditionary Brigade, which took part in the exercise.

January 2020 marks the 60th anniversary of the two countries’ Treaty of Mutual Cooperation and Security, which codified the U.S.-Japan alliance and provided for mutual defense.