Alaska’s Wilderness Lures Visitors from Around the Globe

Tourists from around the world are increasingly traveling to Alaska, and it’s easy to see why: to enjoy nature in its wildest majesty.

More than 167,000 international visitors (excluding Canadians) traveled to Alaska between June and September of 2016, up from 154,000 in 2011, according to the Alaska Travel Industry Association. Travel is popular at that time of the year, in part, because it is when the days are longest. On June 21, the sun shines for 19 hours in Anchorage and for 22 hours in Fairbanks.

Europeans consistently remain the largest portion (38 percent) of international visitors to Alaska, but tourists from China, India, Australia and New Zealand are arriving at a faster rate, the state travel association reports. 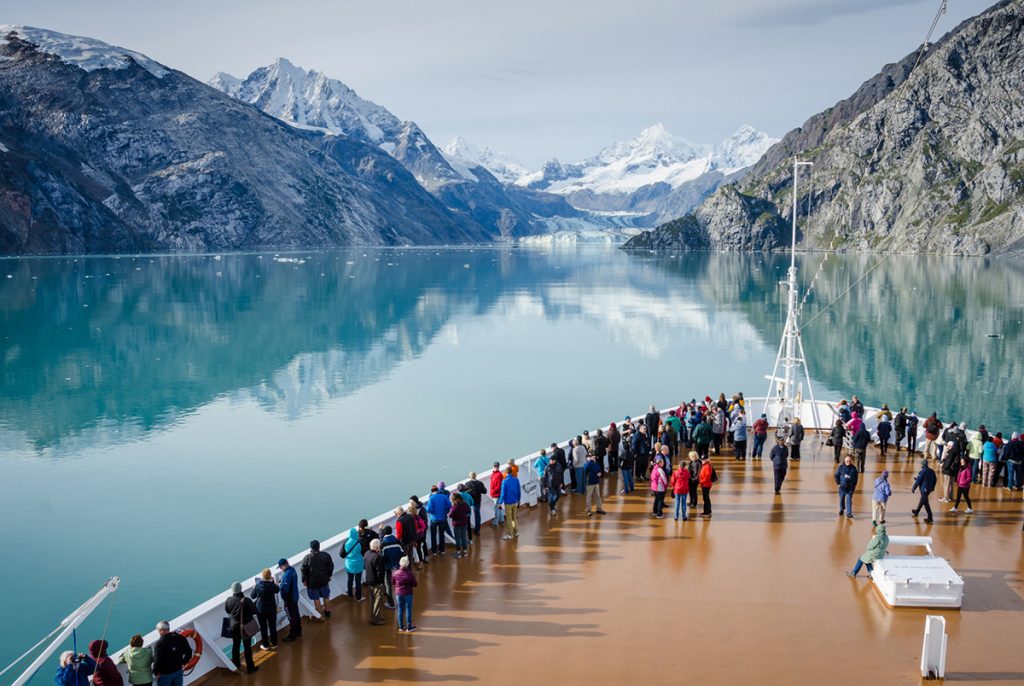 Tourists viewing glaciers on one of the many "Inside Passage" cruise ships that stop at Alaska’s coastal towns (Sitka, Juneau and Ketchikan) en route to the popular Glacier Bay National Park (© Shutterstock)

Here is what many venture to Alaska to see or experience: 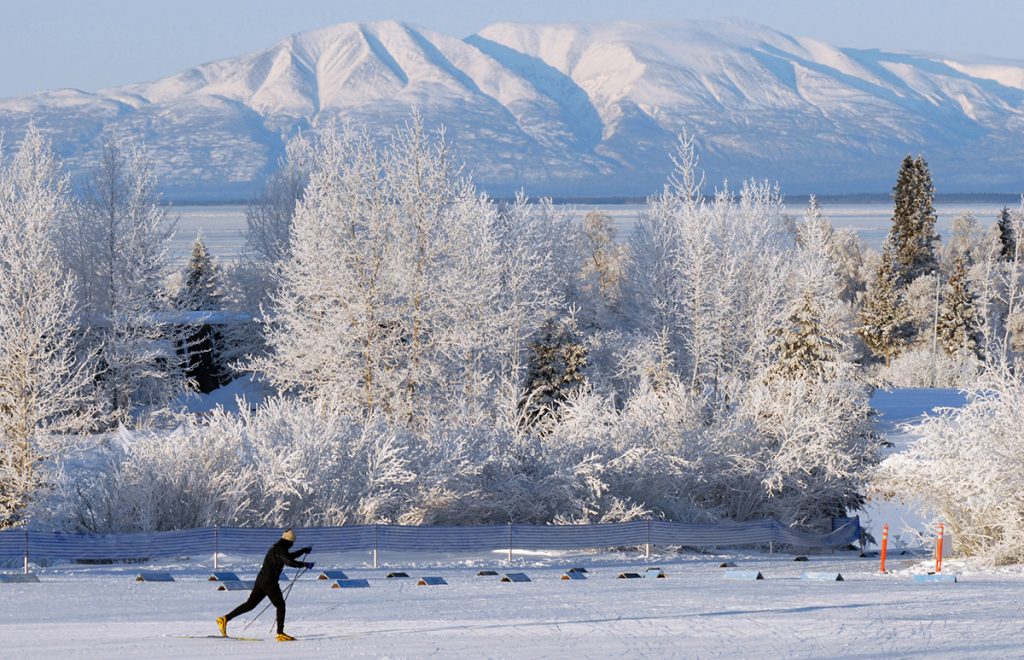 A skier glides across the groomed snow in a stadium at Kincaid Park in Anchorage, Alaska. (© Bill Roth/Anchorage Daily News/MCT/Getty Images)

Tourists can visit one of eight national parks to enjoy mountain and glacier views via cross-country skis. Other popular tourist activities in the state include kayaking, backpacking, glacier and mountain climbing and river-rafting trips. Fishing for halibut and king salmon in the ocean or fly-fishing for trophy-sized trout in Alaska’s abundant rivers, streams and lakes also attracts visitors. 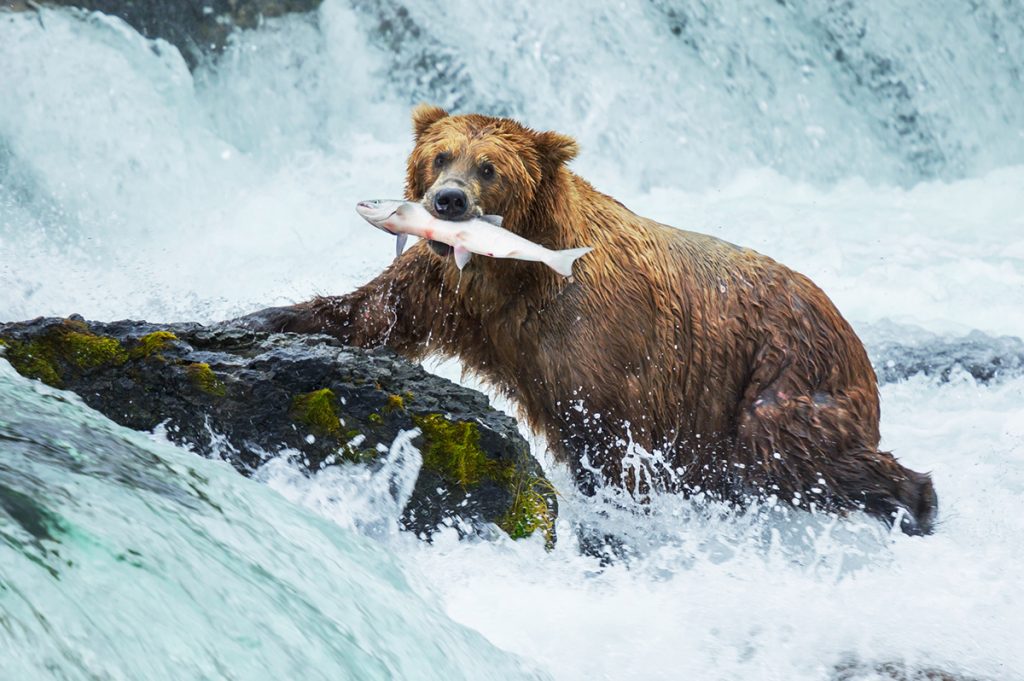 Alaska is one of the best places for wildlife spotting. Rafting down the Kongakut River near the Arctic coast, for example, provides opportunities to view grizzly bears, caribou herds and golden eagles. Stays at one of Alaska’s numerous wilderness lodges offer secluded comfort with unlimited access to wildlife viewing. 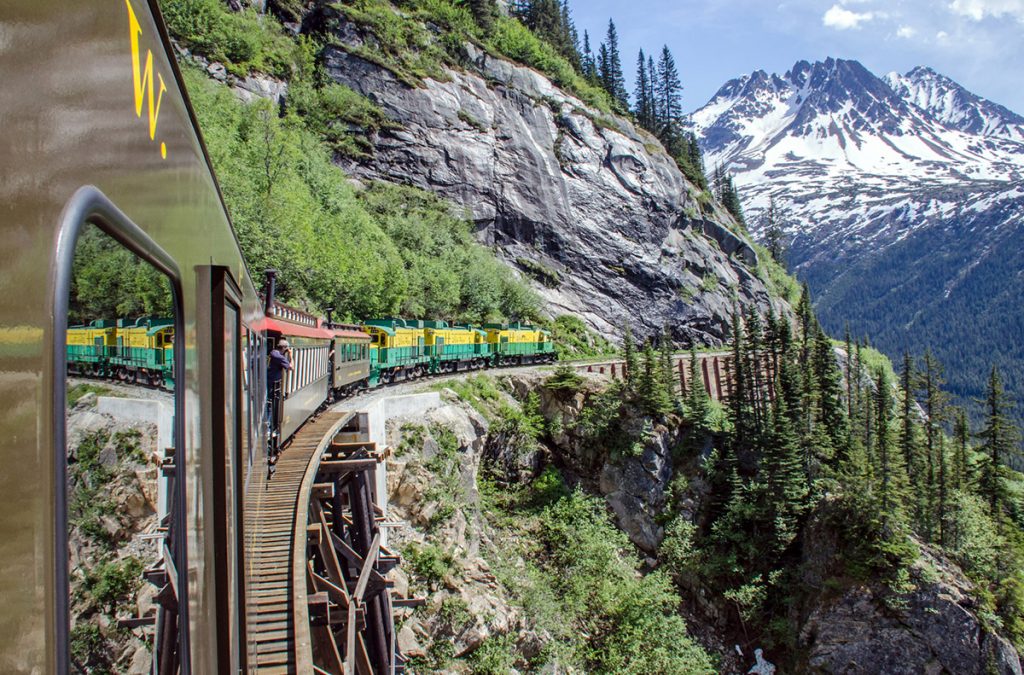 Railroad tours are one of the top tourist activities in Alaska, where travelers can enjoy an ever-changing view from a safe and comfortable window seat. The Alaskan railroad boasts 756 kilometers of track from Seward on the Kenai Peninsula north to Anchorage, Talkeetna, Denali National Park and Fairbanks. 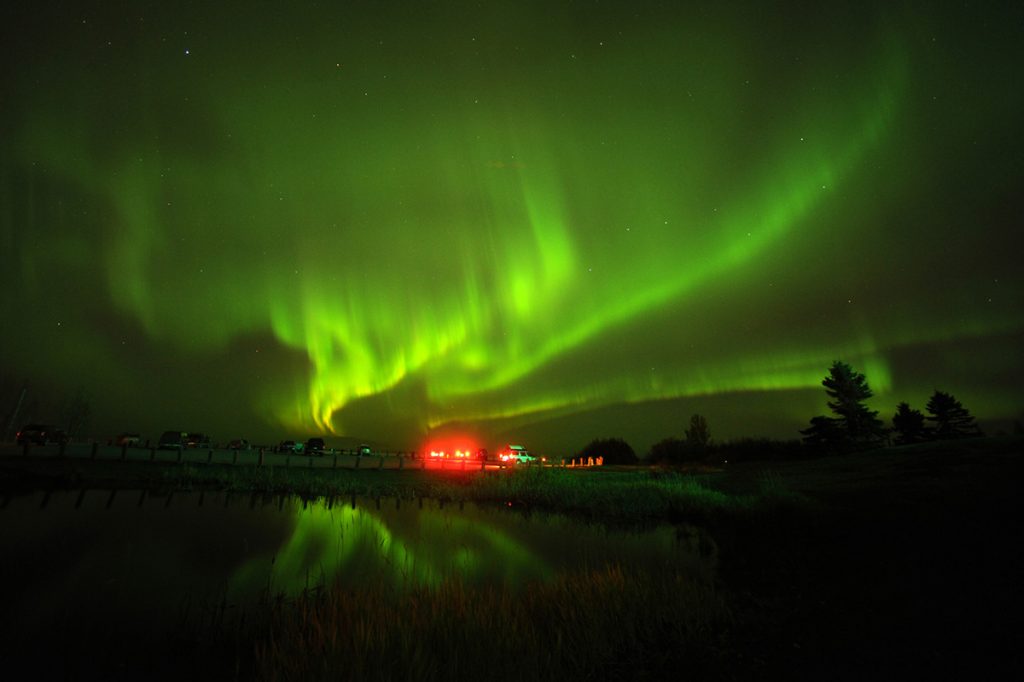 The northern lights dance across the sky in a brilliant display over Point Woronzof in West Anchorage, Alaska. (© Bob Hallinen/Anchorage Daily News/MCT/Getty Images)

From mid-September to late April, tourists flock to Alaska for the northern lights — nature’s spectacular light show in the Arctic regions. On clear nights, dazzling shades of green, blue, red and purple appear to “dance” across the star-studded night sky. The lights of the aurora are actually collisions between electrically charged particles from the sun’s atmosphere and the gas particles in the earth’s atmosphere. 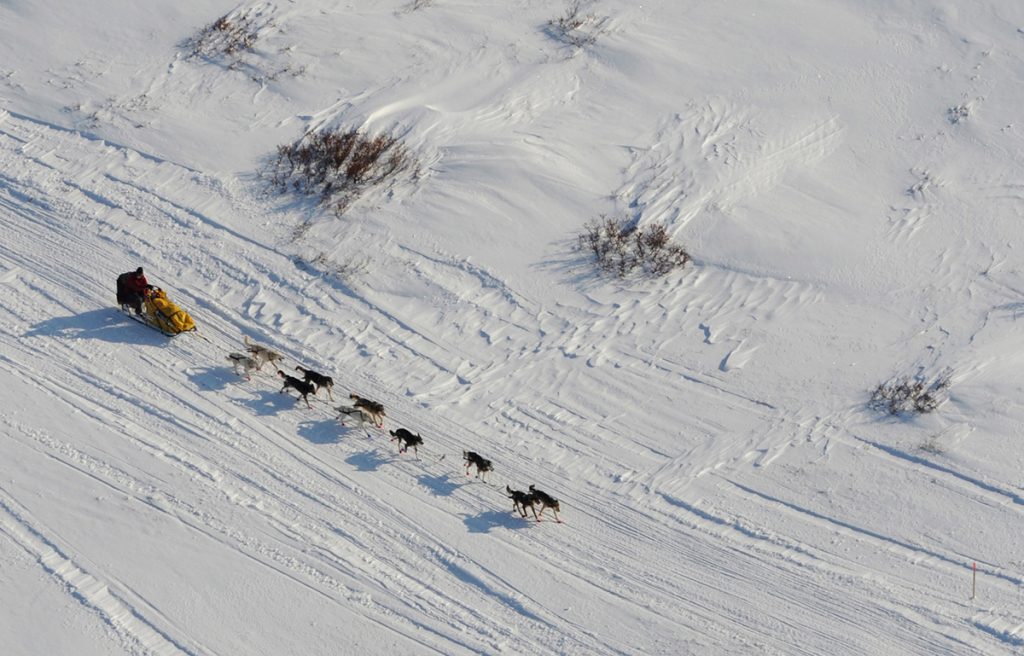 The Iditarod Trail Sled Dog Race draws tourists each March. The long-distance competition covers an estimated 1,688 kilometers of groomed trails from Anchorage to Nome and takes a musher (the sled driver) and a team of 16 dogs around eight to 15 days to complete. Most of the mushers (around 50 each year) hail from Alaska, but in recent years competitors from 14 countries have entered the race.

“Alaska is an ideal getaway for international visitors,” said Tanya Carlson, an official from the Alaska Travel Industry Association. “They’re seeking an experience where they can spend leisure time with their travel companions, but also experience something that is a new venture for them, such as wildlife viewing or flightseeing [sightseeing from the air].”