The U.S. Embassy in Tokyo organized a college fair called America EXPO 2017 at the Ochanomizu Sola City Conference Center in Tokyo on September 9. The annual event is an excellent opportunity to obtain a wide variety of information about studying in the United States. 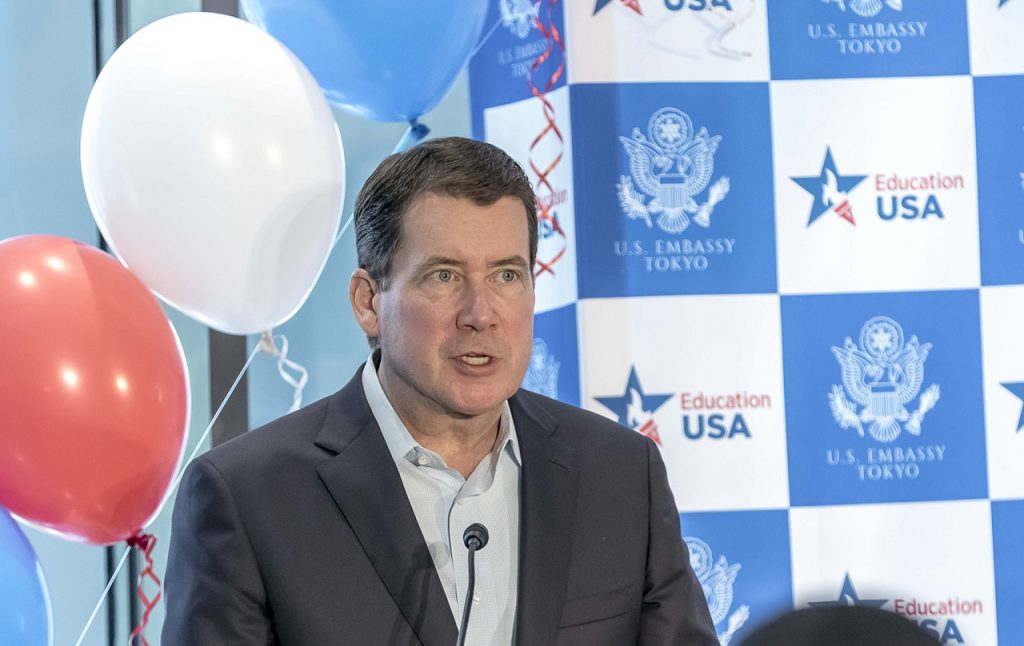 U.S. Ambassador William Hagerty kicked off the event by delivering remarks at the opening ceremony. “Studying abroad offers a life-changing learning experience,” he told the students. The Ambassador went on to say that since arriving in Japan, he has met with a number of Japanese leaders who studied in the United States and they underscored to him the value of cross-cultural experiences like studying abroad in building the bilateral relationship and enabling individuals to become better global citizens. 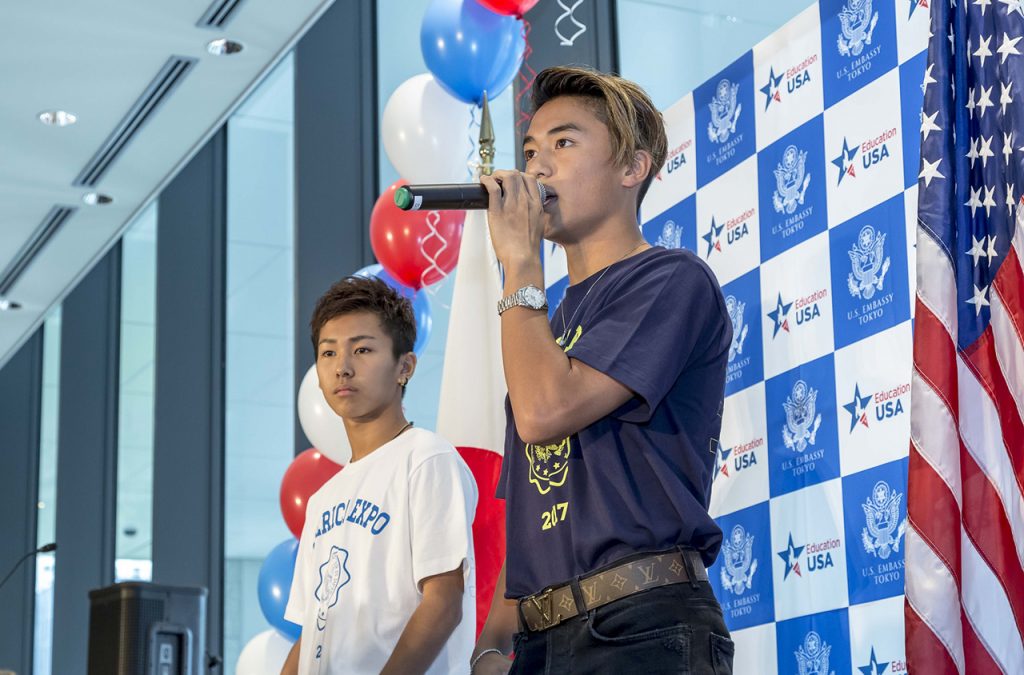 After the Ambassador’s remarks, Project Taro’s Ayumu and Masahiro - who recently returned to Japan after studying dance in New York for three and a half years - took the stage and led a Q&A session about studying abroad and learning English. Although language skills tend to be a major concern for those considering studying overseas, they said that students can learn to speak English by engaging in conversations with their classmates and building an English-speaking environment for themselves by making friends with Americans. They also explained that in addition to enabling students to expand their potential by learning to speak English, studying abroad helps young people to increase their knowledge and broaden their perspectives by communicating with people from around the world. 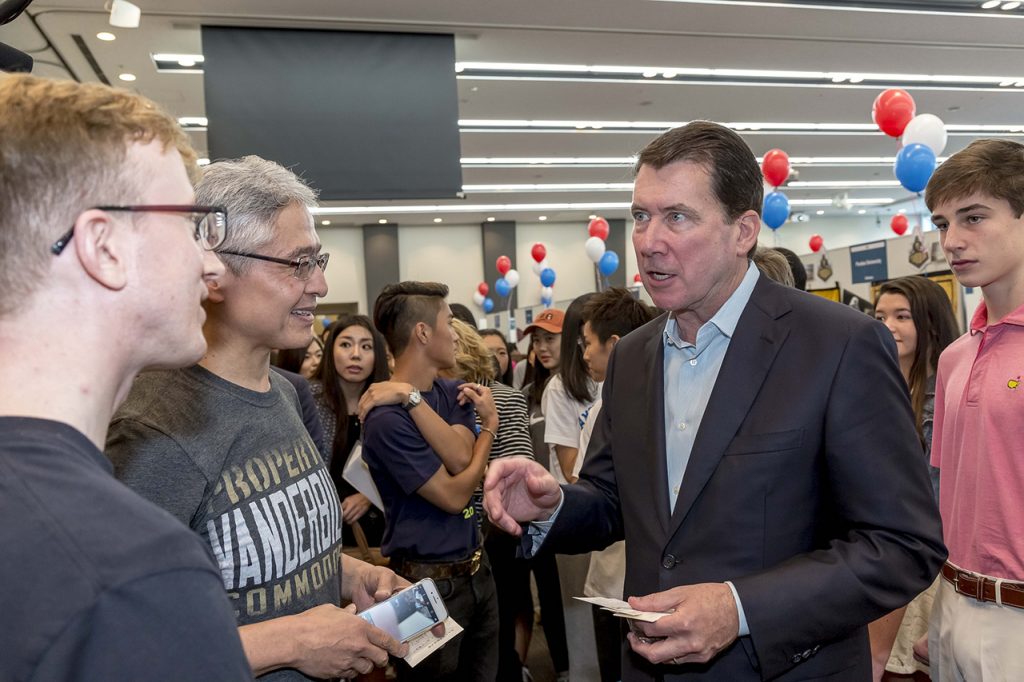 Ambassador Hagerty also visited the booths of his alma mater Vanderbilt University and other universities, and interacted with students, alumni, and university representatives. At the booths, alumni and representatives offered private consultations for students and their parents who were eager to ask questions. Former international students also participated as volunteer interpreters and emphasized the importance of studying abroad by talking about their own experiences. In the seminar rooms, 15 separate sessions on studying in the United States were held, covering a range of topics including financial aid, employment opportunities after studying abroad, and high school study abroad programs. The participants listened intently to the presentations. 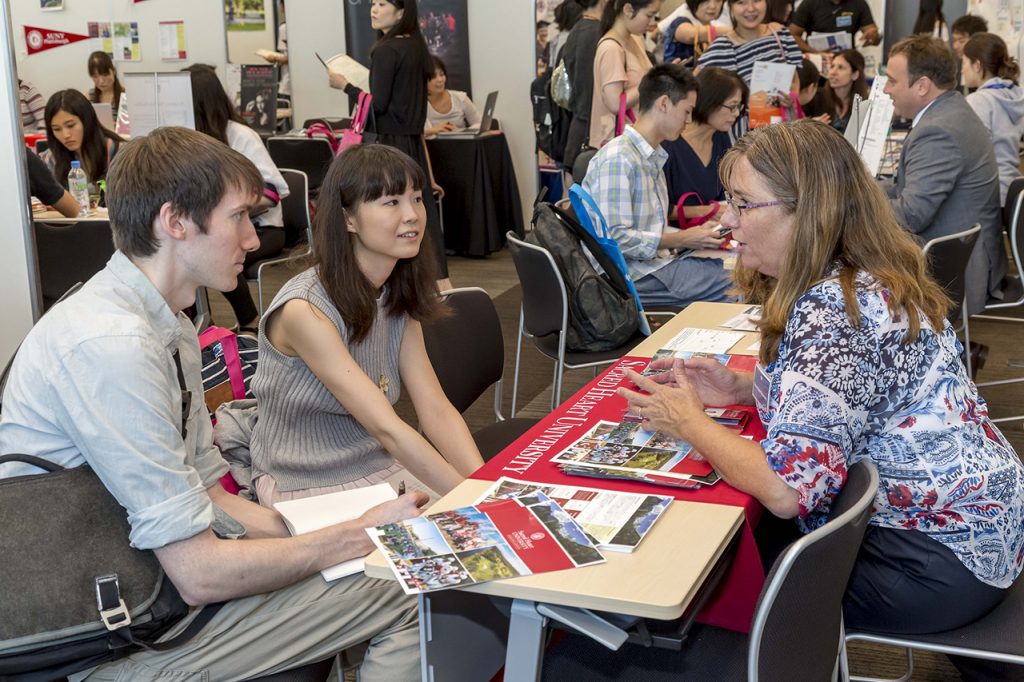 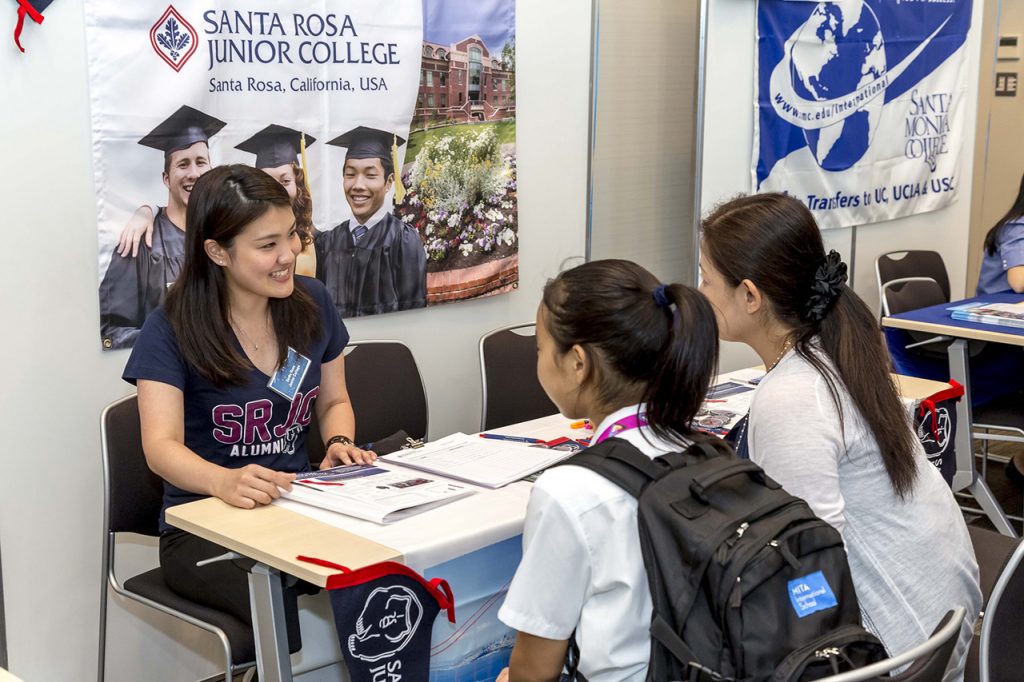 This year’s America EXPO was a great success, with a record 93 universities operating booths and approximately 1,800 students attending. Although America EXPO only happens once a year, Education USA also hosts public information sessions on American universities and graduate schools every month. Seminars on specific subjects and sessions geared toward counselors/teachers, high school students, and parents are also held regularly. Feel free to participate in any of the sessions. For schedules and more details, visit: https://americancenterjapan.com/study/.