The Tokyo Paralympic Games—August 24 through September 5—will bring together 4,400 athletes from 98 countries.

As the largest international competition for athletes with disabilities, the Paralympic Games promote inclusion and emphasize the excellence of sport. This year, badminton and taekwondo have been added to the Paralympic programs, which already included track and field, swimming, archery, equestrian events, rowing, judo, powerlifting, table tennis and wheelchair sports.

American Paralympians come from backgrounds as diverse as their athletic skills. Here are a few contenders to keep an eye on:

At 16 years old, Ezra Frech (in photo above) is one of Team USA’s youngest members. Frech will compete in the 100-meter race, the high jump and the long jump. 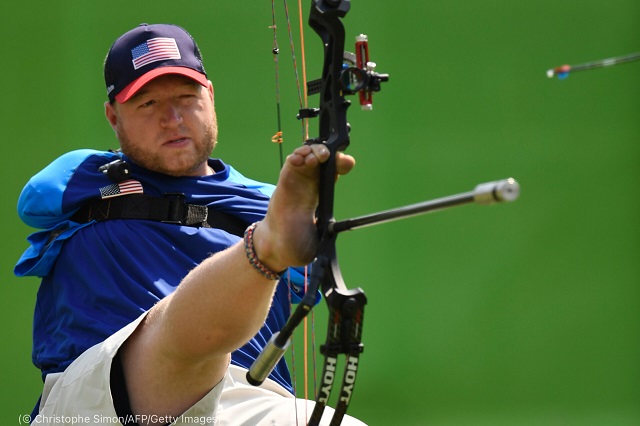 Matt Stutzman, 38, of Fairfield, Iowa, is the father of three young boys. He took up archery in order to hunt deer to feed his family. Born with no arms, he figured out a way to shoot a bow and arrow as an adult and, in addition to hunting, entered archery competitions. When a bow manufacturer offered to sponsor him, he committed himself to becoming the very best in his sport. Today, Stutzman is one of the world’s top archers. Tokyo will be his third Paralympics. In 2012, he won a silver medal in the London Paralympics.

“Archery has changed my life,” he told Newsweek. “I can take care of my kids. Now people know who I am.” 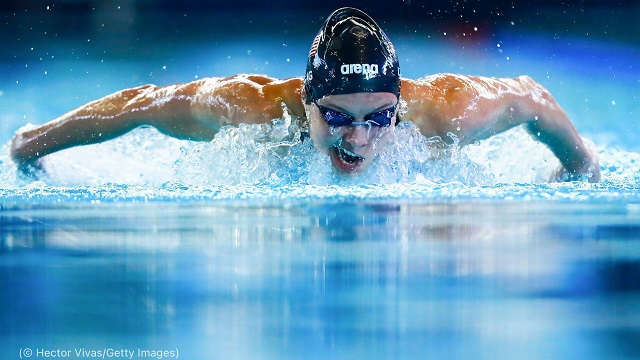 Born in Siberia, she was adopted as a baby by an American couple. She has walked with prosthetic legs since she was 18 months old due to a condition called fibular hemimelia. She was an active child who regularly swam in her grandparents’ backyard pool, pretending she was a mermaid. She joined her first competitive swim team at age 10, and by age 12 was competing in the Paralympics in Athens.

Daniel Romanchuk, 23, competed in every track event at the 2016 Paralympic Games in Rio, and in recent years emerged as the world’s top men’s wheelchair marathoner. He has won the Boston, London, Chicago and New York City marathons.

A native of Mount Airy, Maryland, Romanchuk was born with spina bifida. When he was 2, his parents enrolled him in an adaptive sports program and he discovered he could be more active using a wheelchair than crutches and leg braces. “My wheelchair is freedom,” he said in a recent interview with Clif Bar & Company. “I’m not bound to it or confined by it, and it’s taken me around the world. To me, that’s what sport is about — being free to push yourself past where you or others think you can go.” 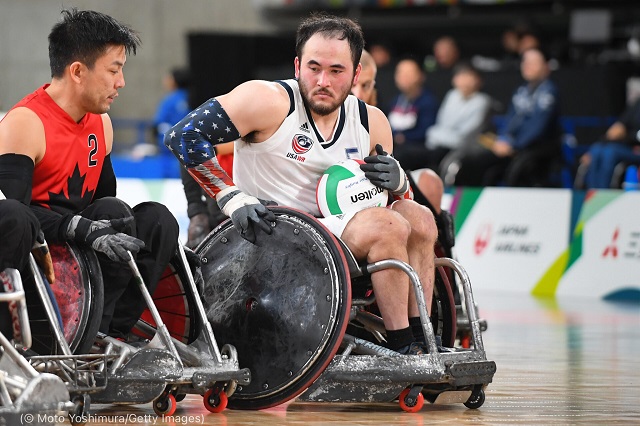 Chuck Aoki (right) competes in a match between the United States and Canada at the 2019 World Wheelchair Rugby Challenge in Tokyo. (© Moto Yoshimura/Getty Images)

The United States’ top scorer in his sport, 30-year-old Chuck Aoki is looking for a Paralympic gold medal after winning bronze and silver medals in 2012 and 2016. Though he has roots in Japan — his father’s family immigrated to the U.S. from Japan in the early 1900s — Aoki was born and raised in Minneapolis. He uses a wheelchair due to a genetic condition called hereditary sensory and autonomic neuropathies type II.

Aoki switched from basketball to rugby after seeing the 2005 Oscar-nominated documentary Murderball and has been on the national team since 2009. He is pursuing a doctoral degree in international relations and mentors young people through a nonprofit called Classroom Champions. He’s also a featured blogger for the International Paralympic Committee, so watch out for his dispatches from Tokyo. 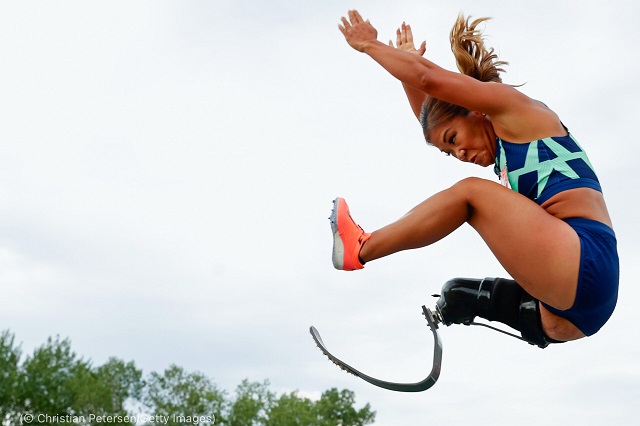 Scout Bassett, who turns 33 on August 18, is a five-time World Championship medalist who competed in the 2016 Paralympic Games in Rio. Bassett was born in Nanjing, China, and as an infant she lost her right leg in a fire. At age 7 she was adopted by an American couple who lived in a small town in northern Michigan, where sports became a big part of Bassett’s life. By age 14 she was running competitively, and as a college student at the University of California, Los Angeles she got involved with the Paralympics.

Speaking with the PopSugar media company, Bassett said that sports help her embrace all aspects of her identity: as a woman, an Asian and an athlete with a disability. “More than ever, I see the power [that] sport has to unite and inspire people of all backgrounds,” she said. 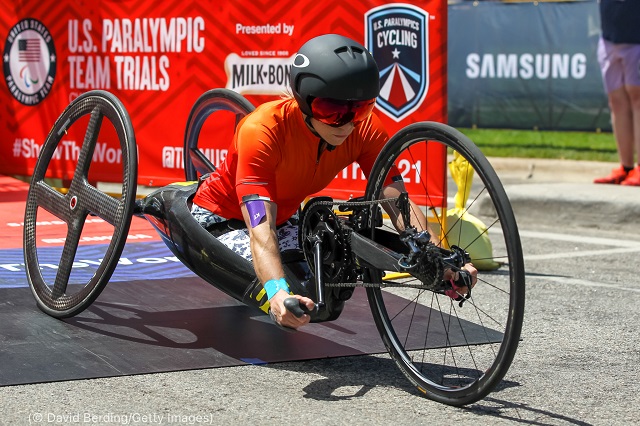 Oksana Masters, 32, has medals from world championships and Paralympic Games. Born in Ukraine with a condition called tibial hemimelia, she needed both legs amputated. She was adopted at age 7 by her mother and lived first in upstate New York and later in Kentucky. She has competed in winter sports (cross-country skiing) and summer sports (rowing and hand cycling).

Masters was named U.S. Rowing’s Female Athlete of the Year in 2012, after winning a bronze medal in sculling at London’s Paralympics that year. But after suffering a back injury in Sochi in 2014, she took up cycling. She will compete exclusively in cycling in Tokyo.

“I love new challenges and pushing myself out of my comfort zone,” she writes on her website.