An Inspiring Portrait, in Person or Online

A mural titled Our Story: Portraits of Change was recently displayed in Washington. The mosaic forms a portrait of Ida B. Wells, who was known for her anti-lynching activism and her fight for universal suffrage for women. This year marks the centennial of the passage of the 19th Amendment to the U.S. Constitution, which guarantees women’s right to vote. (States found ways to disenfranchise Black voters through obstacles such as poll taxes and literacy tests until the 1965 Voting Rights Act allowed Black Americans to fully exercise their democratic rights.) 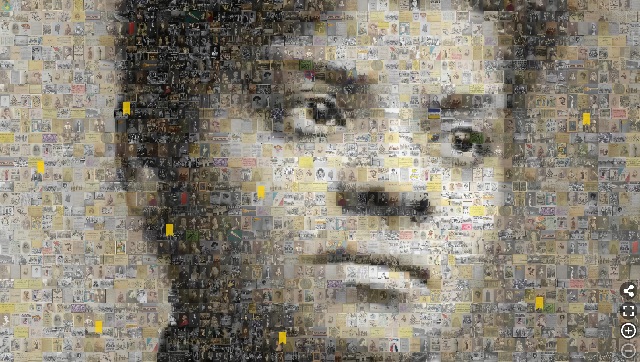 Our Story: Portraits of Change

The mosaic portrait, designed by artist Helen Marshall, comprises thousands of photos of people who, like Wells, fought for women’s right to vote. An interactive version allows viewers to zoom in on individual tiles and explore the histories of the featured subjects.

Banner image: Judea Lawton takes a photo of herself in front of a mural of Ida B. Wells on the floor of the main entrance at Union Station in Washington. (© Tasos Katopodis/Getty Images)